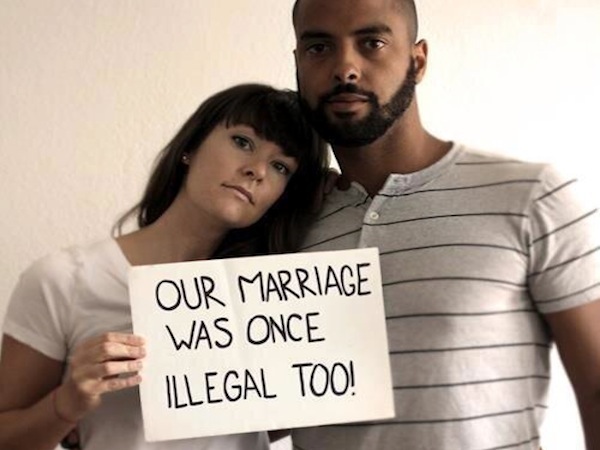 Australia seems to be on the brink of a change, with public support for marriage equality higher than ever. But the nation’s politicians remain unwilling to take action on this key area of social reform. With our failure to respond to the public outcry for equality, progress is leaving Australia behind.

He believes that we will undoubtedly look back at the current state of marriage inequality and wonder why it took so long to affect change.

“It will seem as antiquated as not allowing women to vote,” says Croome.

Our generation grew up hearing stories from our parents and grandparents about the injustices of their eras.

Parallels can certainly be drawn between same-sex couples and other marginalised groups in Australia’s disreputable history. Women and Aboriginals have both been denied equal treatment before the law, just as the LGBT community is now.

Until alarmingly recently, women were forbidden from working in male dominated fields, unable to make decisions about their own body and they lacked the right to equal pay.

Meanwhile, Australian Aboriginals were deprived of almost every basic human right; they faced hardships from massacres and slavery to being stripped of their land rights and even their children. Aboriginals weren’t officially considered people until the referendum of 1967, which recognised them as Australian citizens, rather than native wildlife.

Both women and Aboriginals are today in a far better position than in during previous generations, and it is unfathomable to think that they were once so utterly repressed.

When we look back in disbelief at the way we treated our fellow Australians, I can’t help but wonder: will our children view our mistreatment of same-sex couples with the same incredulous outrage?

On the international spectrum, rights for the LGBT community are more serious than just marriage inequality. The sad fact is, while so many countries have embraced marriage equality, there are still places where harsh penalties are imposed for homosexuality, including corporal punishment and the death penalty.

In Iran, acts of sodomy are actively punished by execution. Human rights official Mohammed Javad Larijani recently referred to homosexuality as “an illness and a malady”.

This sort of response to homosexuality, echoed by many others worldwide, is both illogical and bigoted.

It is imperative that Australia distances itself as much as possible from this archaic mode of thought. Although the inability to marry is not comparable to the death penalty, it still shows intolerance towards same-sex couples and a mindset that they are inferior to heterosexuals.

This display of public support demonstrates that change is what Australia wants, so what’s stopping this change from occurring?

“Public opinion is not the barrier,” said Croome. “It’s that politicians need to start responding to the public opinion”.

The failure to legalise same-sex marriage signifies that homophobia is acceptable in Australia. How can we explain to young people that everyone is equal if our government does not promote the same message?

When gay marriage is legalised in Australia, the burden will be on us to explain the inequalities faced by the LGBT community to the next generation.

Three-quarters of Australians believe that marriage equality is “inevitable”, but Croome says we need to be careful when using this label as it implies that no action is necessary.

It is time for Australia’s politicians to stop wavering on the issue and ultimately acknowledge that our laws no longer reflect the views and values of our society.

Rachel Wagner is a fourth year Bachelor of Laws and Media Studies student at La Trobe University and a staff writer for upstart. Follow her on Twitter @rachelshae