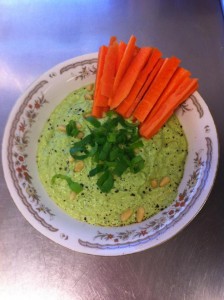 Raw vegan diet, I want you to know, I’m not angry, I’m disappointed. It’s not you, it’s me. We tried raw vegan diet, we really did. I guess we’re just not right for each other. But don’t get mad, some of this is your fault too. Yes, I know I was weak and in the early hours of Thursday morning, I gave in to the temptation of toasted bread and betrayed you. Yes, I guess you could call it cheating. But raw vegan diet, you promised so much and delivered so little. You said you’d change my life. I guess the toast just had more to offer me in the end. I want you to know though, I’m sorry.

Look we had some fun. That time we attempted to make raw zucchini hommus  and nearly coated the kitchen in pulsed zucchini, garlic and cold pressed olive oil. But the final product had the appearance of grassy, sludgy baby food. I was hungry though, and you promised it would be tasty and good for me, so I gave it a try. It tasted like broken dreams and bitterness, with a side of heart break.

I know I didn’t try hard enough. If I was really committed to making things work between us, I’d have bought the dehydrator. I’d have gone along to some raw vegan meet ups and got counselling. But raw vegan diet, you wouldn’t let me see my friends. You said I couldn’t see coffee, bread, potato chips or beer anymore. They are my best friends, raw vegan diet, and I miss them, especially coffee.

You said coffee didn’t treat me like a real friend. You said it might get me all hyped up in the morning but it had no real nutritional benefits, and besides, friends don’t let friends do drugs. Well I’m here to tell you, coffee treated me better than you ever did. Coffee made me focused and awake and it tasted great. Your zucchini hommus made me sad and if anything, it made me hungrier. I felt trapped by that zucchini hommus, raw vegan diet, trapped by the knowledge that this might be as good as it got for us. Yes, I understand that zucchini is a good source of folate, potassium, and vitamins A and C. But I’m sorry, zucchini hommus is just not a foundation you can build a happy relationship upon.

I mean, we just don’t have enough in common. Sure I was vegan before I met you, but that was an ethical choice. I did it for the animals, so you’ll have to excuse me if I don’t understand why it would be so awful to just stir-fry a couple of florets of broccoli occasionally. I mean honestly, how many nutrients do you really think are going to be lost in this process, and for the love of all that is holy, why does it even matter? I don’t think there are words capable of describing the horror of raw broccoli. Why would you put yourself through that? To be perfectly honest raw vegan diet, I think you’re an extremist, and that concerns me.

Do you realise how much money I spent on you, raw vegan diet? When I was just plain, good old fashioned vegan, I could do my groceries for around $25 a week. A week’s worth of groceries with you cost over $70. You promised me you weren’t like that. You said money wasn’t important to you. You lied to me. Now I’ve got a pantry full of tahini and wild rice, a refrigerator so crammed full of vegetables that every time I open the door, I risk my life in an avalanche of broccoli and carrots, and a bank balance that makes me want to weep.

So raw vegan diet, I’m leaving you. You can take your zucchinis and get out of my life. Please don’t be sad though, I know you’ll find someone else. If you just spend a few days hanging out in cafes and restaurants in places like Fitzroy and Brunswick, I know you’ll meet someone that appreciates you. As for me, I’m off to reconcile with coffee, bread, potato chips and beer. I can only hope they forgive me.

THE TOFU OR NOT TOFU MAIN PAGE

Alyce Hogg is studying a Bachelor of Journalism with Honours. You can follow her on Twitter @alycehogg.