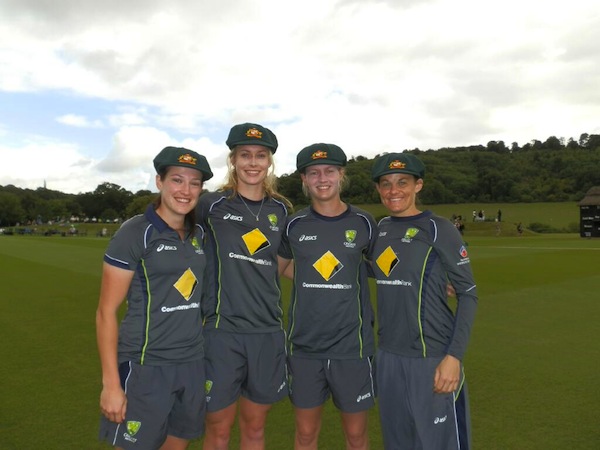 Many Australians woke on Tuesday morning expecting to flick on the television or open their laptops to good news, to see that Australia had easily accounted for the 299 runs set by England on the final day of the fourth Test in Durham.

Instead, cricket fans across the country who long for the glory days of the early 2000s had to do a double-take when confronted with Australia’s dismal batting collapse. Many thought they were still in a dream, or more accurately a nightmare.

Meanwhile, at Wormsley Cricket Ground in Buckinghamshire the Australian Southern Stars were forced to settle for a draw in their first and only Test match of the Women’s Ashes series, after some stoic batting by the English on the third day. The Southern Stars are currently defending the Ashes and are the Australian touring party most likely to return home with an urn in their suitcase, judging by the repeatedly disappointing performances of their male counterparts.

However, for every great height scaled by this crop of talented Australian women, they are constantly overshadowed in media coverage and public circles across the nation and around the world.

In February this year, the Southern Stars clinched the Women’s World Cup in India with a crushing victory over the West Indies in the final. They dropped just one match all tournament on their way to lifting their sixth one-day crown. There was barely room in the trophy cabinet, however, with Australia winning the World T20 Cup just months earlier in Sri Lanka for their second consecutive title.

Many would not even know the Southern Stars were competing against the old enemy, and even fewer would be aware of the sustained period of success this mix of experienced heads and emerging young stars have managed to achieve.

There are as many marketable characters as there are interesting stories hidden amongst Australia’s best female cricketers. Ellyse Perry is an exciting young fast-bowler out of Sydney and at 22-years old has already confirmed her status as one of the most damaging in the world, also playing football for Australia with the Matildas.

Fellow fast bowler Holly Ferling isn’t far behind her, named as one of the players of the tournament at the most recent World Cup at just 17 years of age. 21-year old opener Meg Lanning was the third-highest run scorer in the World Cup after dominating in the last Australian summer. Aided by the experienced of Alex Blackwell, Jess Cameron and Captain Jodie Fields, the Australian women’s team find themselves in a golden era that demands attention.

The women’s game is also growing in its professionalism after a standoff between Cricket Australia and the players over contract conditions was resolved earlier this year.

“The Southern Stars will be the best paid female sporting team in the country,” said Cricket Australia CEO James Sutherland.

The broadcast coverage remains inferior to the men’s game, with television coverage only readily available to Australian viewers during the World Cup tournaments. The current series has been covered by various live-tweeters from Cricket Australia and the ABC, with audio coverage streamed live on the ABC’s website.

Perhaps the lack of media focus is not an issue for women’s cricket specifically, but for wider Australian women’s sport or even female athletes worldwide.

As the profiles of the Southern Stars, Diamonds (netball) and the Matildas continue to grow on the back of world-beating performances, it is imperative for the growth of women’s sport in Australia that their achievements are diligently reported and celebrated.

The Women’s Ashes will now be decided by three one-day matches and three Twenty20 internationals over the coming fortnight, with the first ODI to be held at Lord’s in London on Tuesday.

Here’s hoping the Southern Stars can earn a series victory over England, and Australian cricket fans can finally have some good news to wake up to for a change.