The US President has once again blamed China for the COVID-19 pandemic. 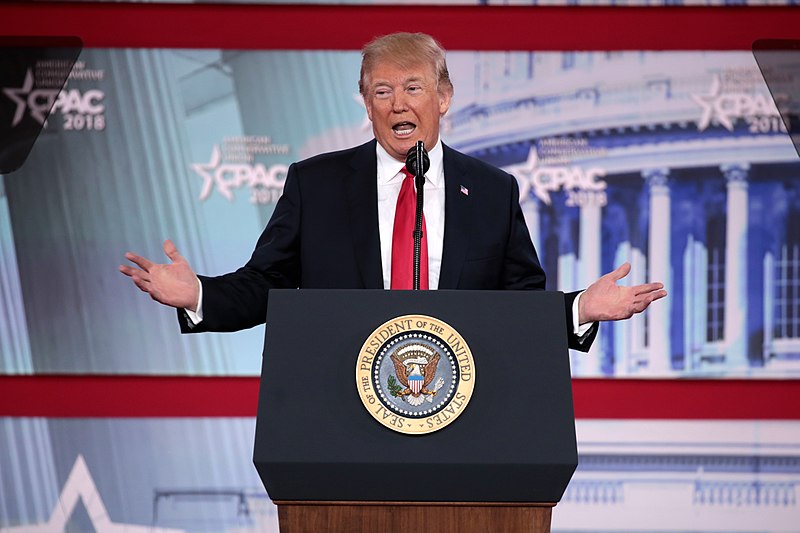 US President Donald Trump has urged world leaders to hold China accountable for the COVID-19 pandemic, in an address before the United Nations on Tuesday.

Trump delivered his speech in a recorded video at the UN’s General Assembly, held almost entirely virtual due to the pandemic.

His speech lasted just under eight minutes, the shortest General Assembly speech by a US president in more than two decades.

Trump who is under fire for his own handling of the pandemic, cast blame on China, noting the virus began there, accusing the Chinese government of acting irresponsibly in failing to contain it.

“The United Nations must hold China accountable for their actions,” Trump said.

“We must hold accountable the nation which unleashed this plague onto the world – China.”

This comes after the US death count for COVID-19 passed 200,000 this week, the highest of any country.

Trump even used his loaded term “China virus” in his speech, which was said to sound almost like an election campaign.

His handling of the pandemic has been an issue for his presidential campaign, with his Democratic opposition holding him responsible for the US having the highest death count worldwide.

“Only when you take care of your own citizens, will you find a true basis for cooperation,” Trump said.

“As president, I have rejected the failed approaches of the past — and I am proudly putting America first, just as you should be putting your countries first. That’s Okay. That’s what you should be doing.”

In 2017, Trump announced the US would withdraw from the Paris Agreement on climate change.

“Those who attack America’s exceptional environmental record while ignoring China’s rampant pollution are not interested in the environment. They only want to punish America. And I will not stand for it,” he said.

Trump renewed his criticism of China’s role in managing COVID-19, when news was said to be suppressed as cases first emerged late last year in Wuhan.

“The Chinese government, and the World Health Organization – which is virtually controlled by China – falsely declared that there was no evidence of human-to-human transmission,” he said.

Trump has given notice that the US will be pulling out of the World Health Organisation.

“At this moment, the world needs more solidarity and cooperation, and not a confrontation,” he said.

Jun told reporters to describe Trump’s tone as “incompatible with the general atmosphere” of the UN.

“When the international community is really fighting hard against the COVID-19, the United States is spreading a political virus here in the General Assembly,” he said.

“If we do have to hold anyone accountable, it should be the United States held accountable for losing so many lives with their irresponsible behaviour.”

Chinese President Xi Jinping could not respond to Trump’s remarks due to the pre-recorded nature of the assembly.

Jinping said that China will contribute another $15 million to a UN fund on COVID-19, and warned the world not to “politicise” the fight against COVID-19.

“China has no intention of entering a Cold War,” he said.

UN Secretary-General Antonio Guterres, opened the General Assembly, also warning that “we must do everything to avoid a new Cold War”.

President of the United States Donald Trump speaking at the 2018 CPAC in National Harbor, Maryland by Gage Skidmore  available HERE and used under a Creative Commons Attribution. The image has not been modified.