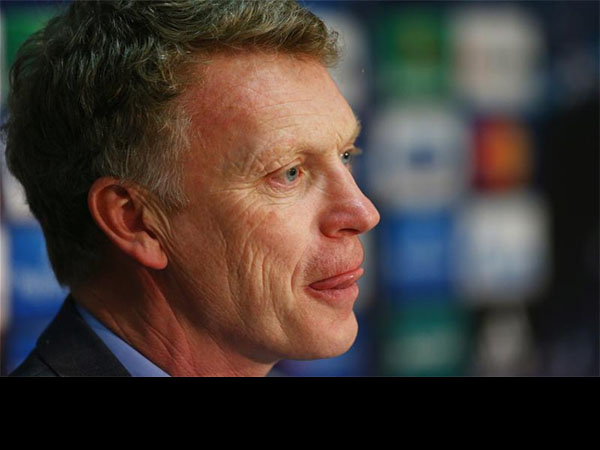 A fine defensive display from Manchester United in a 1-1 draw with Bayern Munich last week means they can go to the Allianz Arena tomorrow with genuine hope of qualifying for the Champions League semi finals.

A Nemanja Vidic header had put United into a surprise lead, before Bayern midfielder Bastien Schweinsteiger finished off a good team move to earn Bayern a deserved draw.

The drama was not over, however, as Schweinsteiger was sent off for a second bookable offence late in the match.

As soon as the draw was made for the Champions League quarter finals, the majority of football fans around the world thought Manchester United would be humiliated against the current holders Bayern Munich.

Head over to the LIVE FEED now for quotes from David Moyes’ press conference – http://t.co/VPq8SqCg5U pic.twitter.com/JNmo8n1Ti8

As everyone is well aware, Manchester United has endured a catastrophic season and has failed to beat lowly opposition such as West Brom, Stoke and Swansea.

Many fans hold David Moyes solely to blame for its downturn in fortunes, but the Scottish manager proved last week he can get the defensive side of his tactics correct when required.

Had Moyes sent out the wrong squad and been humiliated in front of nearly 75,000 expectant fans, he could have been under massive pressure. Instead, he chose a team capable of absorbing constant Bayern pressure and hitting the Germans on the counter whenever possible.

So, what was so different to the below-par performances Manchester United has been putting in this year?

United looked like more of a team, who worked together and played with two banks of four allowing Bayern to play.

If you simply look at the stats of the game it makes bad reading for United: just 26 per cent possession – the least of any home team in the Champions League this year – is quite ridiculous.

But this was obviously part of Moyes’s tactics: allow them to pass the ball around but make sure they don’t get in behind the defence. Besides, the experience of defenders like Vidic and Rio Ferdinand stopped this from happening.

Apart from the goal and a long-range shot from Arjen Robben, goalkeeper David De Gea was never troubled and that is largely down to the way United set out to play.

They were always going to be up against it and the counter attack looked like their best hope of scoring.

It will be a similar story in Germany tomorrow; a test made more difficult by the absence of Wayne Rooney. The United striker will most likely miss the match with a toe injury, meaning United will be forced to become more compact in defence, without an attacking outlet up front.

However the display from Danny Welbeck last week may hold some promise for United fans. The 23-year-old’s pace caused problems for Bayern’s at times fragile defence and along with Javier Hernandez, who scored in a 4-0 rout of Newcastle on the weekend, could prove the Red Devils best chance of securing the away goal they require.

Arguably, United deserved more than a draw last week simply down to the hard work they put in and the way they defended for 90 minutes. The draw, however, was probably a fair result and one that most, if not all, United fans would have taken prior to kickoff.

The task now for United is to bring the same intensity into the Premier League week in, week out and try to qualify for Europe next year – whether that’s in the Europa League or in the highest echelon of European football.

Fans from around the world are now aware of what United are capable of and will expect to see their form pick up.

Paul Murphy is a second-year exchange student at La Trobe University from Sunderland University in England.