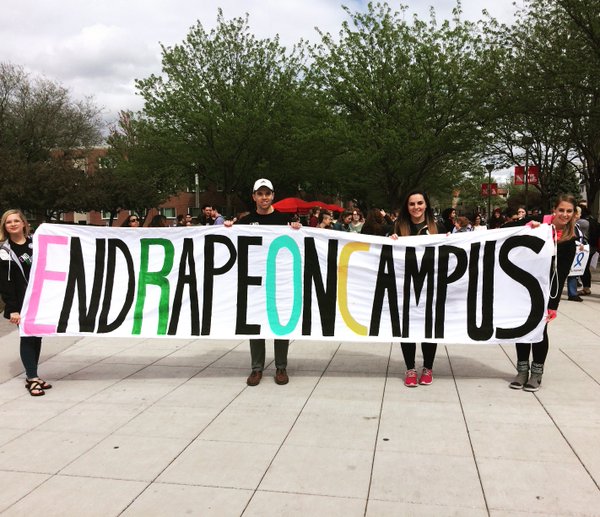 A new report has accused Australian universities of ‘turning a blind eye to sexual assault and violence on campus.’

The 2017 report from advocacy group End Rape on Campus Australia (EROC), was submitted to the Human Rights Commission as part of their survey on sexual assault and sexual harassment at university.

The submission details the prevalence of sexual violence on university campuses, as well as the way institutions handle allegations of assault.

Based on information obtained via a freedom-of-information request, the group asserts that 575 claims of assault and harassment have been reported to universities in the last five years. 145 of these were reports of rape.

Of the 575 complaints, only six resulted in expulsion.

Sharna Bremner, founder of EROC, claims that universities are not fulfilling their duty of care.

“There is legislation that requires universities to provide a safe learning environment and they just aren’t doing that,” she tells upstart.

“I’ve had so many people tell me that the whole process (of reporting assaults) is completely re-traumatising. It shouldn’t have to be that way,” she says.

When the student reported the assault, the on-campus accommodation manager responded that due to involvement of alcohol and “cultural differences” between her and the perpetrator, the situation had likely just been a “misunderstanding.”

The manager then advised that no further action be taken against the perpetrator because there was “no evidence that the student hadn’t consented” to the attack.

The EROC report revealed that harassment policies and processes are so complex that they often inadvertently deter survivors from reporting.

Some universities also place a statue of limitations on reporting harassment and misconduct, despite how long it often takes for survivors to come forward.

Australian Catholic University allows 20 working days for complaints of misconduct, harassment or assault to be lodged.

ACU’s deputy Vice-Chancellor, Stephen Weller, told the Sydney Morning Herald that the policy has since been reviewed and updated.

A spokesperson for the university declined to comment further.

Ms Bremner says that the policies themselves were difficult to find.

“Policies aren’t easily accessible to people and when they are there, they are so full of legal terminology that you’d need a legal degree to understand some of them.”

“The relevant policies from every Australian university are listed on our website. It took me an average of an hour and a half to two hours to find them each time.”

“I was disappointed to read about some of the policies and practices of some of the universities… we have a long way to go in terms of understanding the experiences of survivors,” she tells upstart.

“The content in the report reflects the existing attitudes towards sexual assault in this country.”

Safety tips included on university websites put the responsibility of violence prevention on the shoulders of potential victims.

The University of Wollongong’s personal safety web page contains a document called ‘How to Avoid Being Assaulted’. It tells students that in order to avoid being attacked they should avoid short cuts, carry mobile phones and walk with friends.

The page says that “if you are attacked, don’t resist. Try to avoid being seriously injured.”

Dr Henry says that this kind of advice does little to address the problem.

“Campaigns need to be targeted at perpetrators and bystanders… it’s the only way to prevent sexual violence from happening.”

Another reported incident alleged that students at a residential college in the ACT were practicing ‘rock-spidering’, a game wherein men would knock on a female student’s door. If the door was opened, this was taken as the woman consenting to sex.

Elizabeth Capp, coordinator for Equity and Diversity at the University of Melbourne, says the university provides student leaders with specialised training so that they are better equipped to deal with situations that pose a higher risk of sexual violence.

“The stories you hear often involve large amounts of alcohol being consumed and the decision making that flows from that,” Ms Capp says.

“We’ve done a lot of targeted work this year to support the student leadership better in delivering those events so that we could better prevent those behaviours.”

The EROC report also calls for specialised staff training, funding for further support services and the establishment of a federal complaints mechanism.

For Sharna Bremner, there is still a long way to go, but the most positive change has come in the form of continued discussion.

“We’re still talking about it. It’s still in the news and it’s not going away any time soon.”

“We want survivors to know what happened to them is not their fault… We believe them and they’re not alone.”

Jessica Coates is a third year Bachelor of Media and Communications (journalism) student at La Trobe University. You can follow her on twitter here: justjesscoates