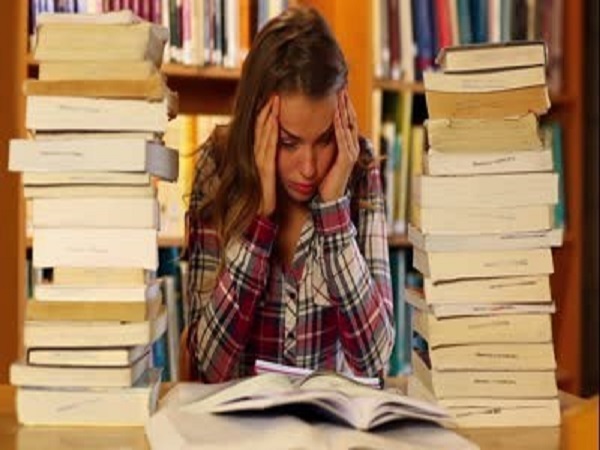 What could possibly be so difficult about going to class for 12 hours a week? Well, plenty, with one fifth of Australia’s university students suffering from stress-related mental illnesses.

Melbourne is home to eight universities, teaching up to 271,000 students. Up to 80 per cent of these students work an average of 16 hours per week, and 17 per cent said they regularly went without food and other necessities.

Out of those students juggling work and study, another two-thirds live below the poverty line.

The pressure of having to put food on the table, get good grades, and earn enough money for somewhat of a social life, is something a lot of students worry about.

Local and rural students are experiencing hardship between earning in the workplace, and learning at university. 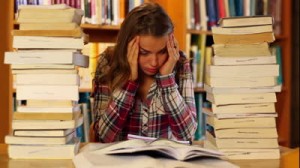 Grace Richards is a local student from Melbourne working in hospitality. She works to earn money to pay for her expenses outside of study, but says the stress she experiences at her job is affecting every part of her life detrimentally.

Richards tells upstart the café she works at recently changed hands, and with that, she was placed without notice into the role of manager.

As much as Richards is grateful to be able to earn more to pay her weekly board, the pressure she faces trying to balance work and study “makes it hard to get up in the morning”.

“I know it’s not meant to be an easy stage of life, but is studying supposed to be this painful?” she says.

Like Richards, thousands of students are not suffering just financially and mentally, but socially as well.

“I used to go out and see my friends of a night, now I’m lucky to have time to do my homework early enough to get five hours of sleep,” she says.

Not only has Melbourne been named the world’s most livable city, but it has also been assumed the ‘most livable’ for students, due to its public transport and abundance of entertainment.

As much as these things are viable options for young adults in Melbourne, many other factors contribute to the larger struggle students are facing.

Richards spends most of her money on food, but knows of other students eating next to nothing because they choose to have “that one day off for uni instead of slaving away at a hospitality job”.

In the end, having to choose between work and study, doesn’t often have good results. Young adults can rarely forgo work for study, and all to often end up experiencing depression, anxiety, and severe lack of sleep.

“I can’t sleep anymore because I am either so stressed about homework, or freaked out that I have to work 12 hours with no break the next day,” says Richards.

She explains that her sleep issues were so bad she has nightmares on a regular basis, and has even resorted to self-medication.

“One night I was so desperate to relax I got up and took some random pills from my grandmothers vanity,” she says.

The rate of stress in students is three times that in the general population, and only one third of those suffering from a mental illness have sought help from health professionals.

Richards says that although she knows she is being pushed to her limits, she would never seek help from a psychiatrist or doctor.

“I’m too embarrassed. As much as I want help to deal with my stress and inability to sleep, I feel shameful even complaining about stress let alone going to a doctor.”

It’s the Australian way to think ‘she’ll be right’, but as heightened pressure and stress takes its hold on students, the future of studying and working simultaneously looks bleak.

Australian young adults are suffering in silence because they think they should be able ‘to do it all’, when in reality, the pressure to do it all may just be the reason students struggle to do any of it.

For more information on dealing with stress in the workplace, or to talk to someone, you can visit Beyond Blue’s website here.

Sherydan Fitzgerald is a third-year Bachelor of Journalism student at La Trobe University, and the Fashion & Lifestyle editor of upstart. Follow her on Twitter: @SherydanFitzger.