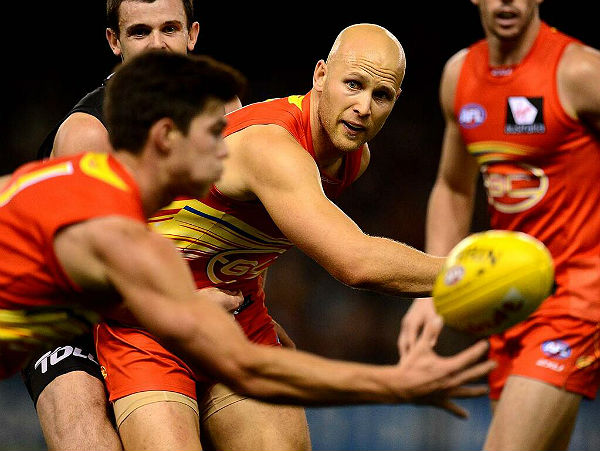 Ahead of last week’s clash with Essendon, the footy world was looking at the Suns in a new light.

Gold Coast’s previous five weeks included wins against Melbourne, the Western Bulldogs and North Melbourne; along with a couple of gutsy performances against two of the league’s very best – Hawthorn and Geelong.

So when it was time to build up last week’s match against the Bombers, we saw something new. It was dubbed “a danger game” for Essendon.

There was no suggestion the Bombers would need to choke to lose to the Suns, nor was there a suggestion that Gold Coast would have to pull a rabbit out of a hat to get the win over Essendon. The footy world wondered if the Suns were ready to knock off a genuine top four contender.

In the end, the result let a few people down. The Dons disposed of the Suns pretty easily, surging to a strong victory. And like that, we went back to thinking about Gold Coast as a promising team. We again began to wonder how good the Suns might be in a couple of years.

But we shouldn’t, because they can make the finals this year.

So far, the Suns have won five matches. They’ll finish the home and away season with four winnable games. Gold Coast has already beaten Greater Western Sydney, Melbourne and St Kilda, and would give itself every chance of doing so when it meets each of them again in the last month of the season.

The other match in that four-week block is against Port Adelaide – a team that has lost five of its last six games, and mightn’t be playing for anything by round 21.

Gold Coast is capable of winning those four matches, which would take the total to nine for the season.

While Richmond looks to have improved this season, every Tiger fan will be a little uneasy when their team takes on the Suns in round 16. In case anyone had forgotten, the Tigers are still yet to beat the Suns.

Gold Coast will also likely start as favourite against the Brisbane Lions in round 15, who have won just three games so far this season – two less than Gold Coast.

Before that, the Suns will come up against the Crows – another team in their weight division – who sit above them on the ladder due only to a healthier percentage.

The three matches – against Carlton, Collingwood and West Coast – seem difficult, but not frightening. A win against any of these sides would be a bonus.

Not too many eyebrows would be raised if the Suns beat the Giants, Demons, Saints, Power, Lions, and one of the Tigers or Crows. That would see the Suns finish the season with 11 wins, which – despite what many commentators will tell you – could well be enough to make the finals.

There’s no magical number of wins that guarantees a spot in the eight – it differs each year – but here’s a fact that doesn’t change: to make the finals a side needs only to finish higher than the ninth best team. It sounds obvious, but many of us ignore it when thinking about what’s required to make it into September.

We tend to look at the records of past teams who have finished in eighth spot, when we should be looking at the record of teams that finished ninth. To clinch eighth spot, a team needs the same amount of premiership points, and a marginally higher percentage. That’s it.

For example, last season North Melbourne finished in eight spot with 14 wins. But 12 wins and a decent percentage would have been enough to get them a finals berth.

In the last ten years, the ninth best team has averaged exactly 11 wins.

The Suns need only continue to play the way they’ve been playing, and they’ll have every chance to earn 11 wins. And that could mean a finals berth. The goalposts have changed for the Suns, but the footy public is yet to realise it.