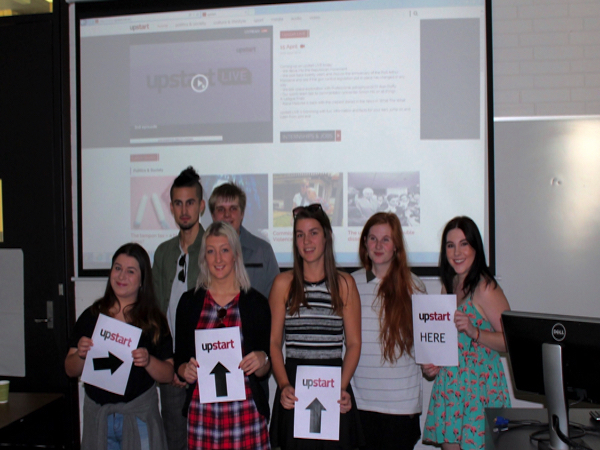 Around 30 La Trobe University students, staff and upstart followers attended the event, which provided an opportunity to look into just how far the publication has come.

Editor-in-chief Lawrie Zion spoke at the event, reminiscing about the beginning of upstart some eight years ago.

When the project started it was solely ran by upstart‘s founding editor Erdem Koc and continued to be organised by only two students at a time.

The upstart brand quickly grew from there, with journalism students eager to get their work published prior to graduation.

Before long newcomers to the university even began mentioning upstart as a reason they chose to attend La Trobe.

Executive editors Steinar Ellingsen and Hugh Martin were also in attendance, with Martin taking the opportunity to speak about the future.

“We are looking forward to developing upstart into a digital media network that can incorporate all formats and genres of journalism being produced by students,” Martin said.

The broadcast goes live every Fr 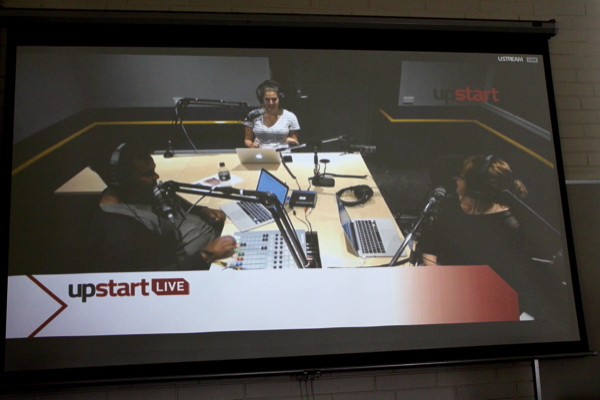 iday from 1pm and can be accessed from the upstart homepage.

Ahmed Yussuf, presenter on upstart LIVE, says they chat about anything from general news, to politics, to arts and culture.

“It’s a new program, so we’ve got a blank slate and we can really shape the show and what it will be about as we go along,” he says.

Yussuf explains that the show came about earlier this year under the eye of La Trobe Lecturer and Coordinator Phil Kafcaloudes.

He sent out an email looking for students interested in working in broadcast and Yussuf was quick to jump on board.

“A number of other universities around Melbourne already have radio broadcasting shows, such as Melbourne University’s Radio Fodder that has a number of shows they put out,” Yussuf says.

“Now La Trobe has an equivalent to that and hopefully upstart LIVE is just the beginning of a number of shows that students can broadcast.

“It will bring an opportunity where students can have a voice and an ability to hone their craft.”

Check out the upstart homepage every Friday at 1pm to catch the live broadcast.