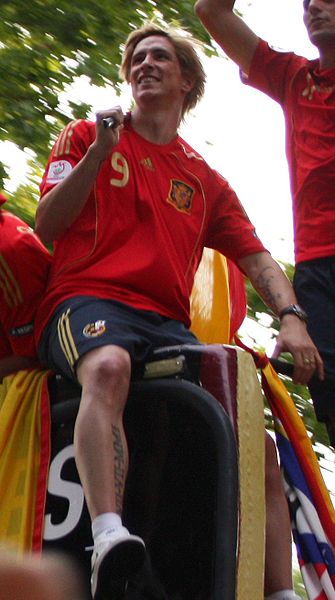 Spain dealt the Republic of Ireland an almighty moral blow last Thursday when they crushed them 4-0 in a typically clinical exhibition of beautiful football. Most pleasing from a Spanish point of view was Fernando Torres’ brace as he seeks to become a regular starter in Vicente del Bosque’s line-up. They have now gone 16 successive competitive matches without losing, and against the Irish they seemed to be as hungry as ever.

For the Republic of Ireland, it was always going to be a monumental task to qualify after their opening loss, but to concede seven goals in just two games is very unusual for a Giovanni Trapattoni team. He prides himself on solidarity in defence, and while in the qualifiers they were compact in this department, in the last two games have appeared to be out of their depth – conceding goals in the first four minutes of all four halves.

In the other group match on Thursday, Croatia and Azzurri fought out a 1-all draw in Poznan. Andrea Pirlo’s stunning free-kick in the 39th minute put Cesare Prandelli’s men a goal up at the halfway mark, before Mario Mandzukic’s third goal of the tournament equalised the ledger with twenty minutes to play.

For Italy to progress, they must defeat the Republic of Ireland and hope that the other result isn’t a high-scoring draw.

Daniele De Rossi is generally recognised as the complete midfielder. Able to run, tackle, pass and score (as we saw at the 2010 World Cup when he scored both of Italy’s two goals for the tournament). Recently however, he has been deployed in a more unfamiliar defensive role.

He has plenty of tattoos, but have you seen the tattoo on his right calf muscle? He warns off opponents with a “beware of being tackled” picture that ties in nicely with his new defensive role.

EYEBROW RAISER: We have seen an array of fan indiscretions this tournament, and in general supporters don’t tend to intermingle with opposition fans on a regular basis. However, this Irishman took exception to the convention when he began acquainting himself with some Croatian fanatics in the form of licking their nipples in the crowd. Needless to say, the culprit (Eamon Keegan) found himself in hot water from his Mum who saw the photo after it went viral on Twitter and Facebook almost immediately. Already the affair has been coined ‘Boobgate!’

BALOTELLI WATCH: The Twitter-sphere was abuzz this week when it was believed that Mario Balotelli had created his own account. Before it was confirmed to be fake by Manchester City Football Club, Balotelli and his younger brother Enoch Barwuah looked to have taken Twitter by storm with tweets such as his one to QPR’s Joey Barton “You are a very funny boy Joey.” In just three days, the phony account collected almost 5,000 followers as photos like this one were posted in an attempt to legitimise it. Sadly, for you, me and 200 million other Twitter users, Balotelli remains without a twitter account.

REASONS TO CHEER FOR SPAIN: For the good of the competition and our gratification – Euro 2012 needs Spain to progress. What a waste of talent it would be to see the likes of Xavi, Andres Iniesta and Fernando Torres on a plane home. They look likely to progress, but need a win tonight to guarantee it.

REASONS NOT TO CHEER FOR THE REPUBLIC OF IRELAND: Don’t cheer for Ireland! Why? Because it’s hilarious to watch the Irish commentators and panel members, including former Leeds United boss David O’Leary, bemoan their sides’ performance. After the Spanish game, where they were outclassed by perhaps the finest team in 30 years, they took direct pot-shots at Trapattoni, Stephen Ward, Robbie Keane, Shay Given, and Aiden McGeady amongst others.

Maybe they just need to fall on their sword, accept that no tactical brilliance could have saved them against the Spanish and move on. Let’s hope they lose again, preferably 7-1 and concede three goals in the opening two minutes of each half to send the commentary box into a tailspin. They aren’t English, and nothing will ever compare to watching the English self-implode – but they are close enough and it’s still thoroughly entertaining.

TONIGHT: While Croatia has been admirable in their two group matches so far, and continually look an aerial threat, they may struggle to hold the Spanish. Both teams are in control of their own destiny heading into their match tonight, both sitting equal top of the groups after one win and one draw.

Nikica Jelavic is in some doubt with a virus, while for Spain Cesc Fabregas looks to have overcome a slight thigh strain but may still start on the bench.

Slaven Bilic reverted to a 4-2-3-1 formation in the latter stages against the Italians, which allowed Luka Modric to have more of an influence further forward. This refreshed the Croatians and allowed Modric, whose goal-scoring record is perhaps his only downfall, to pull the strings from a more advanced position.

Del Bosque handed Torres his first start of the tournament in the 4-0 pummelling of Ireland the other day, and the move paid dividends. While taking away one midfielder (Fabregas), it didn’t appear to affect the Spanish, who completed 860 passes which bettered the previous European championship record of 778.

The Spanish look hungry for more, and should be too sharp for Croatia in Gdansk.

Italy finds themselves in third spot after two consecutive 1-1 draws and since both Group C matches are being played simultaneously, will not have the benefit of knowing their task ahead of time. Neither of their two starting strikers has scored yet, and as a result Prandelli may be tempted to replace Balotelli with Antonio Di Natale who made an impact without scoring when he came on as substitute in the second half on Thursday.

The highest the Republic of Ireland can finish is third and Trapattoni has forecast changes that may inject youth into the starting eleven. While it is not the Italian managers way to throw caution to the wind and attack, the players may just exude a touch more freedom than what has been shown in their last two games. In saying this, too much freedom could result in more careless defending which has sadly been a hallmark of Ireland’s Euro 2012 campaign so far. With so much to play for, Italy should be too organised for the hapless men in green and their animated fans.