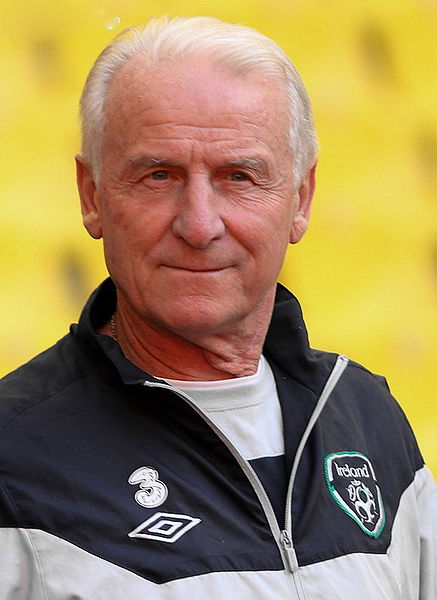 It would be foolish to assume that Spain and Italy are lay-down-miseres to cruise into the quarters in Group C. While both are heavy favourites to do so, discounting perennial giant-killers Ireland, and the potential surprise packet in Croatia is risky business. All four teams are ranked in Europe’s top 13.

The Croats made the last 16 in 2008, and with Luka Modric controlling the game in midfield and his captain Darijo Srna relishing his recent attacking role, they remain a notoriously tricky assignment.

The Republic of Ireland enters their first European Championship since 1988 when they were eliminated at the group stage. However, there is a fresh spark of optimism about the Irish this year after they went undefeated in qualifying for the tournament.

73-year old highly decorated manager Giovanni Trapattoni is one of the most successful and experienced club coaches of all time and despite his well-publicised language difficulties, has his team in good shape.

Italy’s recent form in major tournaments has been inconsistent at best, not making out of the group stages in South Africa two years ago. They are in a transition phase with the core of its 2006 World Cup winning squad on the way out, creating gaps for a young playmaker like Mario Balotelli to make a name for himself on the international stage. Their midfield appears to be their weakness but despite all the scandals in recent times, Cesare Prandelli still possesses the resources to go deep into the knockout stages.

Despite missing two Spanish stalwarts in David Villa and Carlos Puyol due to injury, their midfield still boasts the finest combination of playmakers in world football. They are an ominous opponent for even the most courageous of challengers, and will be expected to cruise into the quarter finals with a large portion of possession to boot.

MUST-SEE: Even without David Villa, Spain is not short of avenues to goal. Yet it would still dearly love Fernando Torres to recapture the form that has eluded him for the best part of two years. He showed glimpses towards the end of the Premier League season, most notably with the sealer against many of his fellow national teammates at Camp Nou in the Champions League Semi-Final.

BALOTELLI WATCH: Never short of a word, Mario Balotelli last week said that he will walk off the field if he hears any racist chants towards him – a refreshingly moral outlook from the controversial Italian striker.

However, he then went on to recall an incident in 2009 when bananas were thrown at him in a Rome bar. He said that if a similar incident happened again “I will go to jail because I’ll kill him.”

Undoubtedly, with Balotelli a central figure in the Italian setup now, headlines will never be too far away from the enigmatic striker.

REASONS TO WATCH SPAIN: Look no further than the plethora of stars Vicente del Bosque has at his disposal. Casillas, Pique, Ramos, Iniesta, Xavi, Silva, Torres, Mata and the list goes on. If you are after beautiful football, then Spain is the team for you. Technical individual brilliance intertwined with Barcelona-like team chemistry. Despite this, Italy will be a stern test after conceding only twice in the qualifying campaign.

TONIGHT: Spain has suffered just one defeat in their last 25 competitive matches. They are not just the highest ranked team in Europe, but the highest ranked team in the world. An all-conquering exemplification of just how clinical football can be. Yet questions remain over its recent form, after the Spanish could only muster a 1-0 win over China last week, in what was a lacklustre display. To win, Italy needs to challenge the Spanish. The Italians must not be content to let their arch-rivals own the ball at their leisure. While the Azzurri are notoriously slow starters in big tournaments, this first round match should kick them into gear.

A recent victory over Italy will give the Irish confidence heading into this crucial encounter, although they were held goalless by Hungary just five days ago. Robbie Keane scored seven-goals in eleven qualifying games, and much of their goal-scoring hopes will rest on his shoulders.

Croatia on the other hand has significant character and determination. Luka Modric has become one of the most highly regarded midfielders in the English Premier League and his distribution from defence to attack will set the tempo for the Croats in Poznan. Both teams will be desperate to win, knowing that if they are to advance then 3-points is bordering on a necessity. In light of this, expect goals and plenty of passion from the Guinness-drinking Irish fans, who’ll see their side win (3-2) .