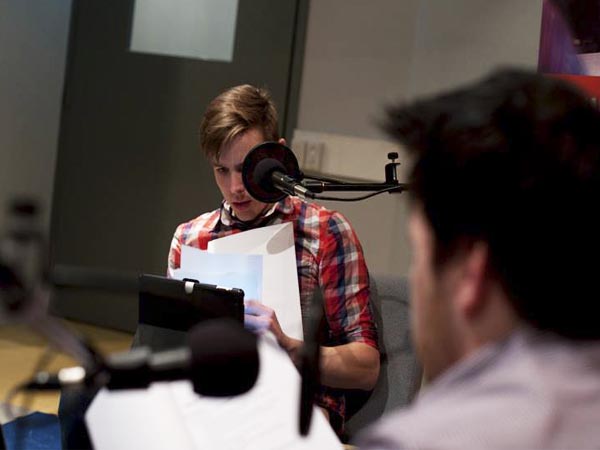 It took just a few weeks and some sleepless nights to prepare for, but if we can say, our election night broadcast was a huge success. And a lot of fun.

From 7pm, our small team of emerging journalists, as well as several staff members from La Trobe University, broadcast live for four hours as the news unfolded and results trickled in from the 2013 federal election. 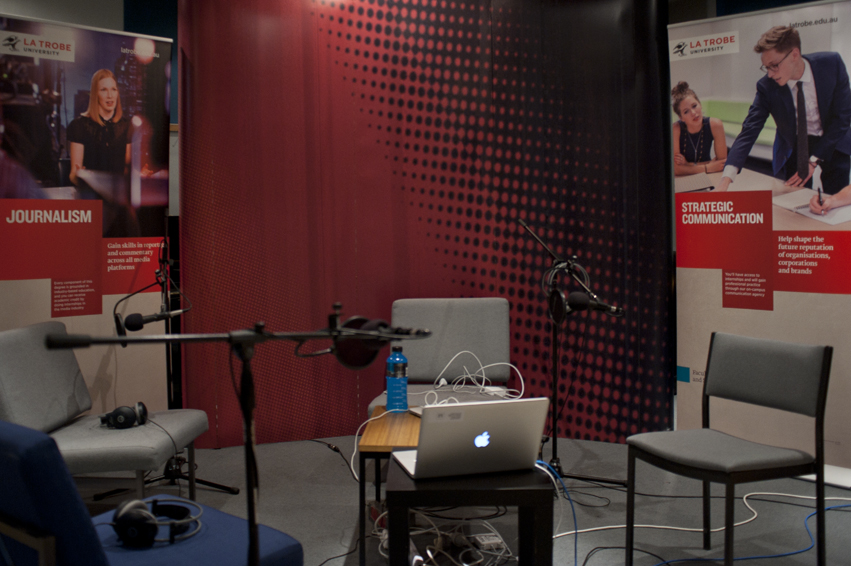 Executive producer and final-year journalism student, Tahlia Mcpherson, says the experience was an invaluable one.

“Even though I never want to hear Liam and Eric’s voices again, working with the upstart team to cover the 2013 election was a fantastic experience,” she says.

“To put together a four hour webcast, off little experience and with only the smallest of hiccups, is a testament to the not only the students, but also the staff at La Trobe University.”

“We survived (just) Kevin Rudd’s victorious loser speech and I’m sure I speak on behalf of everyone when I say that laughter outweighed any sort of chaos on the night.”

Liam Quinn says the night was an historic one.

“It’ll definitely be looked back as at an important election,” he says.

“Not only because it saw the final demise of one of our most conflicting political figures, but also because of the way the litany of smaller parties seem set to shape the next three years.”

Great job by @upstartmagazine on their live coverage of the election tonight! #emergingjournosgoingplaces

Eric George, who co-hosted the broadcast, says the team came together well.

“This success has to be attributed to the amount of preparation that our team put in (especially Tahlia, whose organisational skills were vital), and the team work and professionalism displayed by everyone on the night,” he says.

“It’s also worth noting how much of an impact that the support staff had on the night. Their experience really helped to settle down what was a pretty nervous team throughout the night. The fact that they committed so much of their own time on a night many would rather spend with friends and family drove home that the night was something to be taken seriously.”

“It’s a great initiative of La Trobe’s and a credit to the staff involved that it was such a success.”

“It was an incredible opportunity; something I’d love to see the university continue where possible – perhaps by re-booting student radio.”

And for the EP, Tahlia Mcpherson, there’s one moment that stood out.