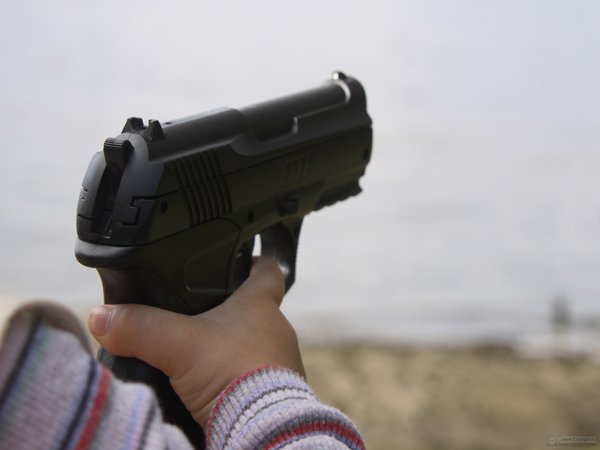 The gun in the hands of child

The most recent mass shooting in the United States has increased pressure for the government to change their current gun legislation.

Critics of the current law recommend following Australia’s lead on gun control, but the U.S. faces barriers that Australia never did.

Two people were killed and nine injured, after a man opened fire at a screening of newly released comedy, Trainwreck, in Louisiana late last month.

Authorities discovered that the gunman, John Russell Houser, purchased his weapon in Alabama. This was completely legal and in accordance with U.S. law, despite him having a history of legal and mental health issues.

People were quick to criticise America, whose current legislation is not effectively curbing the country’s ongoing gun violence.

Timothy Lynch, an associate professor in American Politics at Melbourne University, tells upstart that gun regulation in the U.S. is largely done at state level.

“This means [there are] 50 different sets of weapons laws differing in severity and process,” he says.

While many states in the U.S. do require background checks for firearm purchases, the National Instant Criminal Background Check System, which is used to carry out these checks, is largely flawed.

“There is no other advanced nation on Earth that tolerates and considers normal such frequent mass shootings as the U.S.,” said Obama, who plans to push for reform in his last 18 months in office.

Andrew Patrick, communications officer at The Coalition to Stop Gun Violence, a group that advocates for gun control in the U.S., tells upstart that reform is unlikely.

He says that the current congress is made up of conservatives, many of whom are “in the pocket of the National Rifle Association (NRA)”.

The NRA is the second most powerful lobby group in America. They are well funded, politically connected and base their platform on America’s coveted constitutional right to bear arms.

Recently, the NRA published an article attacking Australia’s approach to gun control. The piece, titled ‘Australia: There will be blood’, claimed Australian gun laws have left citizens defenceless and criminals empowered. The article was met with widespread derision from the Australian public and media.

Howard’s reforms implemented a national ban on self-loading and pump-action shotguns, and a nation-wide registration on firearms as well as limitations to firearm ownership.

The reforms also led to the Australian firearms buyback scheme, carried out in 1996 and again in 2003, following a shooting at Monash University in 2002.

According to statistics recorded by the Australian Institute of Criminology, Australia’s rate of firearm homicides and suicides dropped significantly after the reforms and are continuing to fall.

“The [NRA] article was typical of the lobby group’s most powerful arguments: when good people don’t have guns, only bad ones do,” says Lynch.

Worldwide criticism typically follows every mass shooting in America. Australian comedian, Rebel Wilson, recently took to Twitter to vent her dismay after the shooting in Louisiana.

But Lynch argues these criticisms can sometimes show a misunderstanding of the American political scene.

“America is a country whose political culture thrives on being the example for others to follow,” he says. “It doesn’t copy well, it expects other to copy it.”

“Mental health records, arrest records, any protective orders need to be included in the checks gun buyers are subjected to when purchasing a firearm,” he says. “These are things that can be implemented at state level.”

The Coalition to Stop Gun Violence would also like to see the assault weapon ban reinstated and universal background checks extended to include all gun sales. However, adding big agenda items such as these would require congressional action.

“Guns carry a very different connotation in the United States, where gun culture is deeply rooted,” Lynch says. “There’s a legitimacy to it that is missing in Australian culture.”

This, he says, makes it incredibly difficult to enact federal policy. It’s also why you won’t see it as a part of a presidential candidate’s campaign.

“There are far more votes sticking to a rigid reading of the second amendment than there are opposing and that’s going to be the calculation of anyone running for president,” Lynch says.

“No president in the foreseeable future, unless America were to suddenly become a very different sort of nation, would be able to do what John Howard did.”

A timeline of past mass shootings in the U.S. follows.

Caitlin McArthur is in her final year of a Bachelor of Journalism at La Trobe University. You can follow her on Twitter here: @CaitlinMcArthu1.