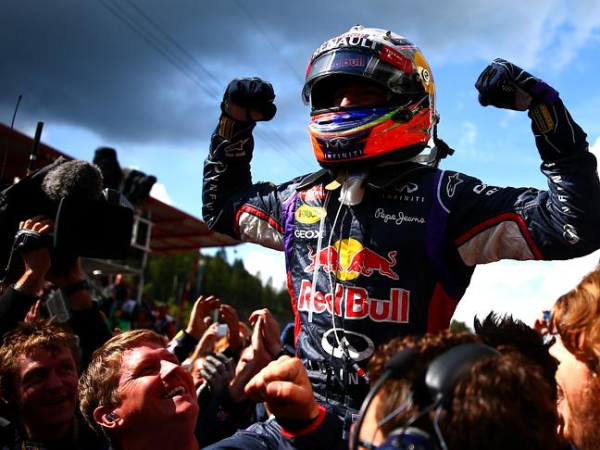 “We need to talk” is never a sentence that brings good news, but they are the words Sebastian Vettel needs to hear. It will be the start of a conversation where Red Bull team manager Christian Horner does what twelve months ago would have seemed completely unthinkable and demotes Vettel to the teams number two driver.

For Horner, the situation is familiar: one Australian and a German both fighting for supremacy, while Horner tries to keep the peace. As the season progresses, his older driver is being consistently out-paced and out-raced by a younger, more confident star and the only one who still bears a threat to this seasons championship title race.

However, unlike the four years before, Sebastian Vettel finds himself not as the young upstart to an inferior Mark Webber, but as the experienced pilot holding back Daniel Ricciardo’s progress. 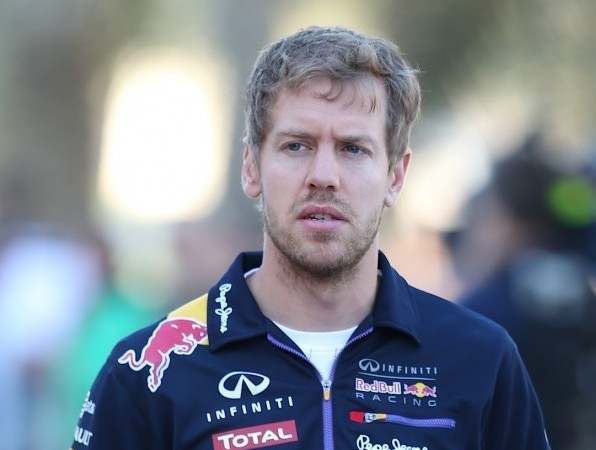 Ricciardo currently sits third in the drivers’ championship, behind the dominate Mercedes pairing of Nico Rosberg and Lewis Hamilton. Almost three race wins from first place, Ricciardo’s chances of a title are small but increasing with each race.

Rosberg and Hamilton were miles ahead at the start of the season and recorded five consecutive one-two finishes. That reign is collapsing though, and the past few races have shown the Mercedes pair can bring themselves undone.

The 82-point lead Rosberg held over Ricciardo two months ago has been whittled away to 64. Furthering the case for Riccardo’s promotion, Vettel’s poor performances have seen him lose touch with the leaders.

Ricciardo is the only driver to have not made an driving error during the season’s twelve races. His brilliant skills have not gone unnoticed and according to Hamilton, the Australian is one of the best drivers on the grid.

“He’s been driving fantastically well from the beginning of the year,” the 2008 world champion Hamilton said earlier this month.

“He’s shown his capability and is going from strength to strength. He’s not only one of the nicest guys in the paddock, but also one of the best drivers here, for sure.”

Ferrari’s Fernando Alonso, second to Vettel in the 2010, 2012 and 2013 world championships, added, “He’s leading the champion team. That says it all.”

The demotion need not remain long-term and Red Bull would be silly to permanently punish the illustrious German’s temporary form slump. But if Red Bull is serious about giving themselves a serious chance at the drivers’ championship this season, bumping Ricciardo to their primary driver is a must.

Another win for Australia’s @danielricciardo – this time at the Belgian Grand Prix #F1 http://t.co/vqueUJoMov pic.twitter.com/3yoXU7EUMF

In formula one racing, being a team’s number one driver is far more than just a label. It means priority on the track and first-go at the new parts.

The rules can be brutally applied.

At the 2010 British Grand Prix, Red Bull had brought a new front wings to the race, one piece going to each driver. Ahead of qualifying, despite consistently denying that the team had prioritised its younger driver, Horner ordered Mark Webber to give up his new front wing. The reason? Vettel had damaged his new part in practice and, as number one driver, needed a premier package.

The priority system has increased significance this year, given the drastic changes to car specifications that have shaken up the grid.

Red Bull team engineers are better understanding the new machines each day and the gap to Mercedes is closing. The parts they develop need to go to the teammate who has finished higher in eight of the nine races that two Red Bulls have finished.

Four championships in four years is something only the greatest achieve. Red Bull matched its great car with an even better driver in Vettel and the two combined brought home wins with apparent ease. But this year is different. Vettel struggled through pre-season testing and has continued to be plagued by problems Ricciardo consistently is able to overcome.

Title opportunities are not always plentiful and Vettel’s young Australian teammate should be given his chance. Egos need to be set aside if Red Bull is to succeed in 2014. Christian Horner must have the hard chat, one that he has had before, and demote one of the world’s greatest drivers.