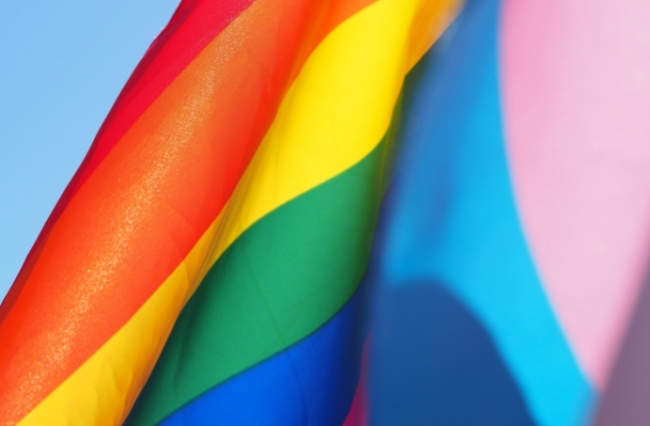 Nestled tightly between a Seafood Express and a wall of decommissioned ATMs on Fitzroy Street, the Victorian Pride Centre has finally opened in St Kilda. The prominent facade boasts a series of grand, grey, concrete ellipses, and a rainbow flag whips erratically atop a towering white spire. A massive egg-like structure dominates the interior of the space, inside which auditorium stairs made from a deep, dark wood lead to the mezzanine.

The centre is the first of its kind in the southern hemisphere and certainly demonstrates a progressive shift in cultural attitudes. Reflecting on a painful plebiscite endured just shy of four years ago, having a purpose-built space for LGBTQIA+ community members and organisations is seen as a landmark victory worth celebrating for those who fought for equality.

For many, this architectural feat seemed to crop up overnight, as Melburnians have spent so much of the past 18 months confined to their 5km radius. In fact, ground was broken for the impressive build in 2019 and a celebration on 11 July this year officially opened the centre to the public, signalling a new era for LGBTQIA+ visibility in Victoria. In his address at the opening ceremony, Victorian Premier Daniel Andrews made it clear that equality was “not negotiable” and simultaneously announced a new Melbourne Pride event to be held on 5 December and annually thereafter.

As well as being a hub for many LGBTQIA+ organisations, the centre contains a gallery space, mini theatre and public communal workspaces for both the organisations housed within it and the wider LGBTQIA+ community.

Dean Arcuri, member of the centre’s community advisory board and self-proclaimed “busy homosexual”, describes the centre affectionally as a melting pot.

“It speaks on so many levels to the needs of our communities. Not just mental or physical health, but community involvement and engagement, support, art, history [and] positive visibility,” he tells upstart.

According to Arcuri, communication between various LGBTQIA+ organisations has not always been their strong suit. Being housed in the same building will provide an invaluable advantage – if a question needs to be asked or a collaboration explored, one can simply walk across the hall. This proximal working arrangement will dawn a new era of working together.

“For many years, a lot of these organisations have been fighting for funding within the same funding bodies … and at a certain point they all only help each other so much,” he says.

“I think this is just going to create a lot more crossing of pathways and communication, and that kind of elevation and visibility is going to be really good.”

The new hub will also provide a safe and inclusive space for young people. According to youth-focused organisation Minus 18’s 2021 Next Generation Pride report, 64 percent of the 404 participants surveyed did not have access to a space where LGBTQIA+ young people can feel safe and comfortable. And 96 percent of event going participants reported they would feel safer attending events at the Pride Centre if they were specifically for young people. With Minus 18 being housed in the centre, it won’t be long before these community requests can be realised.

While it appears societal attitudes are moving in a more progressive and inclusive direction, the fight is far from over. Gay conversion therapy has only recently been banned in Victoria, and not without a fierce debate spanning over 12 hours.

President of the Australian Queer Archives (AQUA) Angela Bailey believes there is still much more work to be done.

“There are still a range of legislative reforms that are still to be achieved … [including] a range of broader governmental reforms that will hopefully see LGBTQIA+ inclusion part of the normal work of all parts of both state and local government,” she says.

Dean Arcuri echoes Bailey’s sentiments. “I don’t think the fight’s ever going to stop within my lifetime, and that’s okay because it’s not about hitting a point and then tapping out.”

For now, Arcuri is looking forward to experiencing everything the centre has to offer, from interacting with the organisations to attending performances and exhibitions.

Article: Hanne is a Master of Strategic Communication student at La Trobe University. You can follow her on Twitter @HanneGrant_