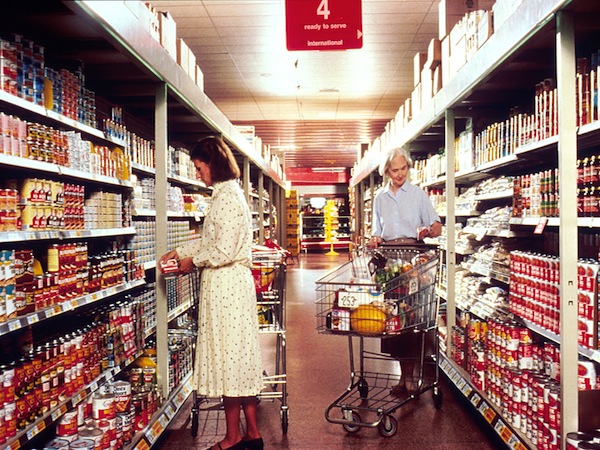 Online shopping is no longer a rarity in Australia’s modern economy – it is the norm. However, when it comes to buying from the virtual world, are the benefits even that great?

I have to admit that I’ve been trumped when it comes to online shopping – by my parents. The product in question: an oven that retails in Australia for $4999. From Hungary, it costs a little over $1900, all inclusive. How is it possible that there is such a price difference across continents?

It seems that GST is a big factor when it comes to our online shopping tendancies; as it stands, purchases under $1000 do not incur the ten per cent Goods and Services Tax.

Currently, the Federal Budget sits $19.4 billion in the red. Labor has spent the past week undoing some of its proposed tax breaks – family welfare benefits, carbon tax reductions, and a rise to the tax-free threshold. All of this is being done in an attempt to reign in spending.

Treasurer Wayne Swan says these changes are about responding to the economic environment: “The revenue outlook has changed, the consequence of that is that responsible Governments must change.”

These cuts may not be what Australia wants, and it appears there is a proposed cut to add to that list – cutting the GST-free threshold for overseas online purchases. This possible cut isn’t a novel concept – in December last year, Premier Investments Chief Executive Mark McInnes called for the threshold to be reduced to $20. Australian Retailers Association executive director, Russell Zimmerman and Myer also made similar requests.

While the calls have gone unheard by the government, Labor did not rule out the possibility, merely saying that it is unfeasible at the moment.

However, will the addition of GST have any impact on our shopping habits, or are Australians too attached to their computers?

Dr. Brent Coker, from The University of Melbourne’s Department of Management and Marketing, says cutting the threshold to $20 will have some impact, but it isn’t a strong deterrent:

“GST is only ten per cent – depending on what other duties and taxes they put on top of that. We know that the price difference from shopping online in the UK in particular, who offers in many cases free shipping, and the cost-saving is likely to be more than ten per cent.”

When it comes to the Australian retail industry, the online shopping model is something that has not been well-received by the bricks-and-mortar stores here.

“Australian retailers are thinking about it the wrong way. There are different reasons why people shop online and why they shop offline. They’re very different. Once offline retailers understand that, then they can start to become competitive – regardless of whether they have to charge GST over everyone else,” says Coker.

The issue of Australia’s struggling retail industry goes beyond products being cheap overseas and delivered to your door free of charge. It comes down to the lack of an online identity. Coker says: “I think just simply transferring the offline model into online doesn’t work. We’ve done this since the 90s.”

“Some online retailers are a little bit behind the eight ball when it comes to style of thinking…it’s not about simply selling stuff online instead of offline, especially in the Australian market. You need to be offering something different – whether it be price competitiveness or some other advantage,” he adds.

Online shopping has revolutionised the way we buy. While Labor finds itself in the grips of a fierce money struggle, cutting the GST-free threshold for overseas online purchases won’t provide them with the answer. For retailers to overcome the shift online, they must move there themselves.