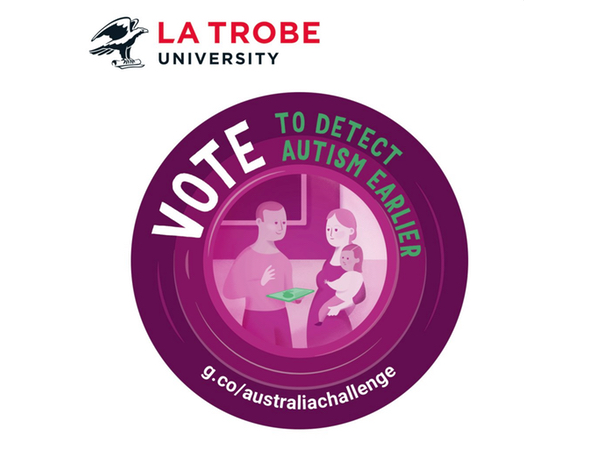 An estimated one in 50 children have an Autism Spectrum Disorder (ASD), with the majority of those often being diagnosed too late to receive life-changing intervention therapies.

Young children are constantly learning through interaction with their parents, caregivers, peers and even strangers in a process referred to as brain plasticity. Autism and related conditions affect a child’s ability to do this, which is why early detection is vital to helping them reach their full potential.

In collaboration with volunteer engineers, designed and developed from Salesforce, La Trobe University’s Olga Tennison Autism Research Centre (OTARC) has developed a free app – ASDetect – to help parents identify ASD ‘red flags’ in their children from the age of 12 months.

With over 5,000 children assessed by the app following 11,000 installations, OTARC has been nominated as one of ten finalists in the 2016 Australian Google Impact Challenge.

The initiative supports non-profit innovators using technology to confront the world’s biggest social challenges and enables the public to vote for their favourite entry.

On October 26 the teams will present their project to a panel of judges, whose selection combined with the public vote will determine which four organisations receive a $750,000 grant, with the other six collecting $250,000. 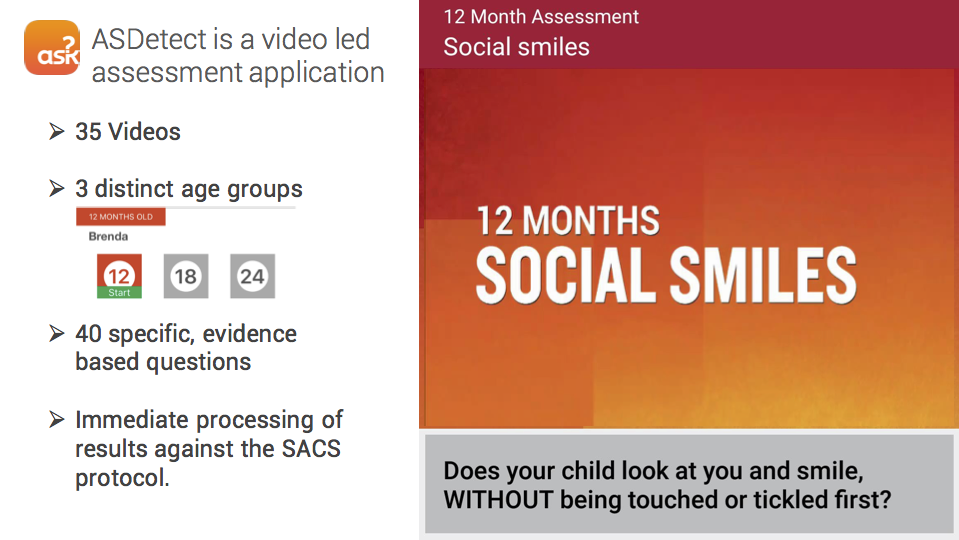 These assessment techniques are based on the Social Attention and Communication Study (SACS), a decade-long study involving 30,000 children conducted by Dr Josephine Barbaro and Professor Cheryl Dissanayake.

The underpinning research is 81 per cent accurate in the early detection of autism, providing a reliable and accessible means of recognising warning signs relating to key developmental indicators including eye contact, gestures, smiling and pointing.

Each assessment takes between 20 and 30 minutes to complete, after which a result of either ‘low’ or ‘high’ likelihood of autism will appear on-screen, followed by an email providing more a detailed evaluation.

OTARC Mobile App Marketing Officer Mick Leahy says while the app is a useful self-assessment tool, it does not provide a diagnosis nor is a replacement for a professional examination.

“They can take that to their GP and say these are the things that I was told to look out for, and these are the ones I can see or not see in my child – can we have a look further and see what the story is?” he tells upstart.

The app should instead support parents in picking up autism symptoms in their child sooner rather than later, which can have a significant impact on the effectiveness of intervention techniques.

OTARC’s research has found children diagnosed by 24 months achieve much better cognitive outcomes before reaching school age than those diagnosed between three and five years of age.

“A child’s brain is so plastic at that stage and these are social skills, communication skills and attention skills that you can teach or help that child through that, can make such a difference down the track,” Leahy says.

OTARC aims to roll out ASDetect internationally and – should it be voted into the top four of the Google Impact Challenge – use the $750,000 funding to release the app in Mandarin, Japanese, Indonesian, Spanish and Polish.

Leahy says research will be carried out to ensure the assessment questions and videos are altered in a way that suits the cultural expectations of a particular region.

For example, pointing – a key ASD indicator across all age groups – is not as open a gesture in some parts of the world as it is in Australia.

“We’re not just going to translate it and put some subtitles underneath the children we have here in Australia because that’s not really going to resonate to a family in Indonesia, or to a family in China,” Leahy says.

“We’re going to reshoot all those videos again in a culturally, socially and linguistically appropriate environment.”

Go to the Australian Google Impact Challenge page to cast your four votes before October 25 and check back on October 26 to see the winning projects.