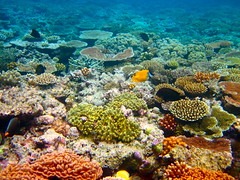 Pat yourself on the back, you have made it to the last week of the election campaign. 2.6 million Australians have voted and missed their democracy sausage, but for the ones that haven’t let’s discuss the week in politics.

The Adani coal mine is back in the news.

This morning, the ABC revealed the Commonwealth Scientific and Industrial Research Organisation [CSIRO], was pressured in giving their approval of the Adani coal mine.

The emails and handwritten notes obtained through freedom of information act found the CSIRO refused to accept many of Adani’s recommendations and would not give their “categoric”, approval of the mine.

Last month Environmental Minister, Melissa Price signed off on the mine after the CSIRO had accepted Adani’s groundwater plan.

In a statement, Green’s senator Sarah Hanson-Young said Price should be sacked.

“The dodgy approval, based on bogus scientific advice, means the entire approval process for Adani must be reviewed,” she said.

“Melissa Price dropped the Adani carbon bomb and walked off never to be heard of again. She won’t front up to answer the question.”

Where is Melissa Price?

One of the biggest issues of this election campaign is climate change. But we haven’t heard a word from one of the key players. Price has not done one press conference or one interview. This morning she only released a statement on the Adani issue.

Prime Minister Scott Morrison has defended Price in numerous press conferences. Morrison said she has the biggest electorate in the country and is working with constituents. Price is the Member of Durak in Western Australia.

Last week, it was revealed that one million species around the world were at risk of extinction. Price only released a statement.

The executive producer of ABC’S 7.30 program tweeted that Price has refused an interview 11 times since becoming a minister. Morrison has said that Price will remain as environmental minister if the liberal Party win the next election.

What are the Coalition’s climate change policies?

Both the Labor Party and the Greens have both released their climate change policies but the Coalition has been quiet on the issue.

The coalition has said they will follow the Paris climate change agreement. They plan to cut emissions to 26 percent less than they were in 2005 by 2030. Scientists have come out and said that if they are to meet the Paris agreement they need to cut emissions by 45 to 63 percent.

The government will spend $100 million on an environmental restoration fund. The plan includes spending more on recycling and reducing waste and creating safe areas for threatened species. They will spend $20 million on researching better ways to deal with plastic.

Did the government really save the Great Barrier Reef?

On Sunday the Liberal Party had their campaign launch. During Morrison’s speech, he thanked former environmental ministers Greg Hunt and Josh Frydenberg for saving the Great Barrier Reef.

“We have saved the Great Barrier Reef – well done to Greg Hunt particularly on his work when he was environment minister – taking it off the endangered list,” Morisson said.

The government came under fire from the Labor Party and the Greens for awarding the $444 million grant to the Great Barrier Reef Foundation in 2018. There was no tender process and the foundation only had six full-time members. The grant could have been awarded to a government agency.

The Parliamentary Budget Office looked over Labor’s planned spending and found that there will be a bigger budget surplus every year. The surplus in 2022-213 is predicted to be 21.7 billion.

During the campaign, the Labor Party has said they will increase Newstart allowance but there was no mention of this in their costings.

Where in the world is Clive?

Bill Shorten and Morrison have been travelling the country spreading their message. The same can’t be said for the leader of the United Australia Party, Clive Palmer, who`s in Fiji. This comes as United Australia candidates are looking for volunteers to man polling booths.