You thought last week was crazy in Australian politics? 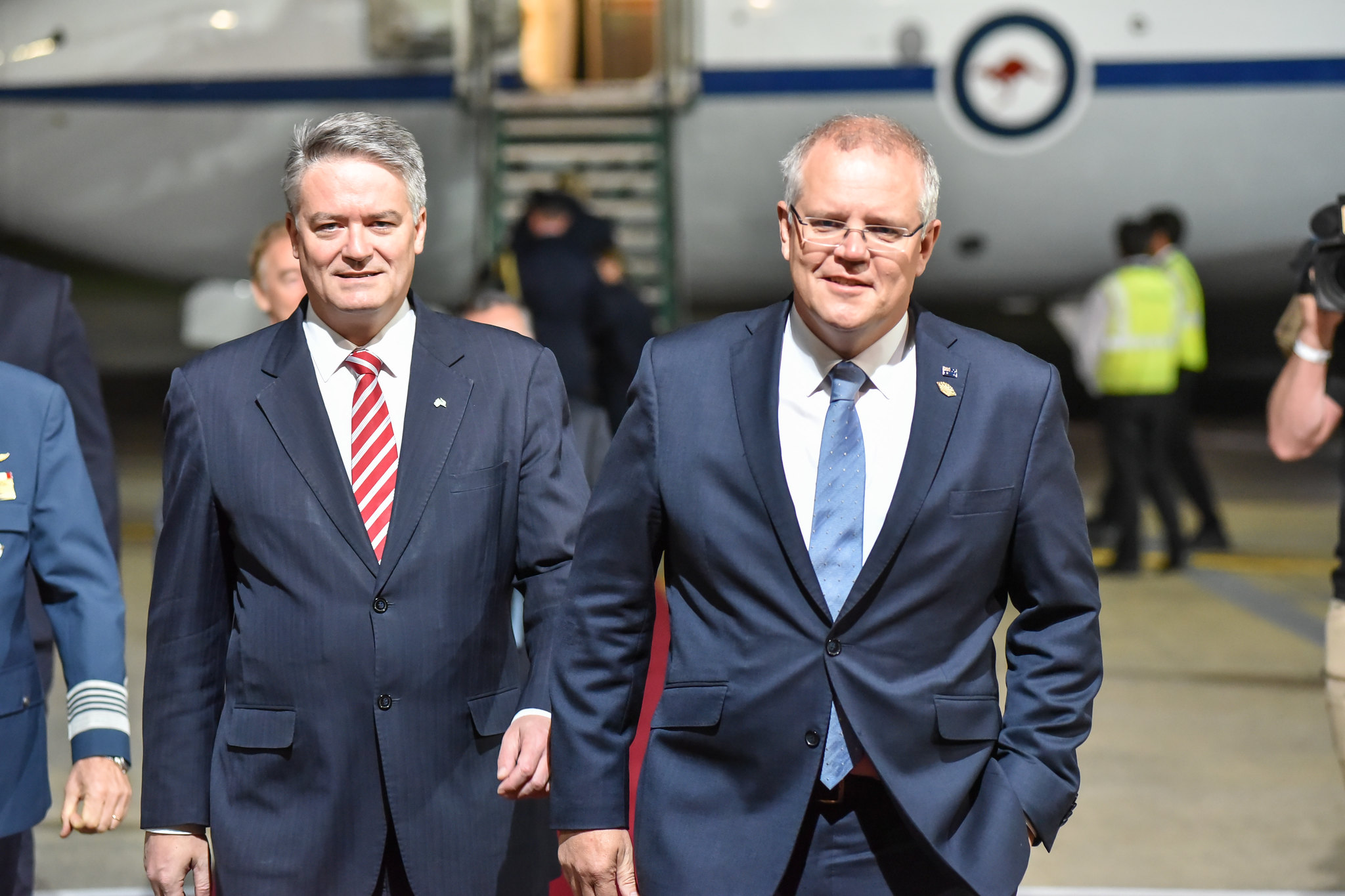 It was a bit ridiculous in politics last week- so much news and so little time. And this week there’s even more news, here’s what happened.

This morning Prime Minster Scott Morrison was at a Country Women’s Association of Australia conference in Albury, when he was egged by a protester. A woman was taken into custody and another woman was hurt in the event.

Morrison tweeted about the incident.

My concern about today’s incident in Albury was for the older lady who was knocked off her feet. I helped her up and gave her a hug. Our farmers have to put up with these same idiots who are invading their farms and their homes.

Our leaders are all over the ABC

Last night both Morrison and Opposition Leader Bill Shorten appeared on the ABC to spruik their policies. Morrison appeared with Leigh Sales on 7.30 and Shorten on Q & A.

Shorten was questioned on the Adani coal mine. Shorten wouldn’t say he was against it but would follow the Commonwealth Scientific and Industrial Research Organisation recommendations.

“But at the end of the day we have a framework of laws,” Shorten said.

Last week the Labor Party announced that $4 billion would be put into child care. This included a pay rise of 20 percent for workers over the next eight years.

An audience member asked Shorten if the same aged care workers would get a pay rise. Shorten said that it was important to look after educators first as they are important part of a child’s development. He also pointed out that out of 96 occupations in Australia, child care is the ninety-second highest paid industry. Shorten did say the Labor Party would follow the Royal Commission recommendations into Aged Care.

Morrison was asked to come onto Q & A but declined, Treasurer Josh Frydenbeg will appear next Monday.

Morrison did appear on the ABC with a one-on-one interview with Sales. Sales questioned him on the budget and the surplus that is expected to happen next year. Morrison did admit that they are still in deficit but believed there will be a surplus next year.

The topic of leadership changes has continued to plague the Liberal party. Over the interview Sales pushed this point. Morrison did not answer this question directly, but said that former prime minister Malcolm Turnbull had lost the confidence of the party and the Liberal Party have ensured a leadership spill won’t happen through new policies.

Last week it was announced that the Liberal Party would preference the United Australia Party. This is despite Clive Palmer owing workers $7 million and owing the tax payer $70 million to the tax payer.

Morrison said apart from the Liberal and National Parties the United Australia Party was the most responsible and the Greens are an irresponsible party.

“Richard Di Natale supports death taxes, Richard Di Natale wants 100 percent renewable energy, which, will basically will crash the economy and I don’t think that is sensible at all” Morrison said.

Former prime ministers; Kevin Rudd, Julia Gillard and Paul Keating joined Shorten at Labor’s election launch. Shorten outlined the plan for Australia if he becomes the next prime minister. He said under a Labor Government, wages would rise by $1,500.

“That’s what I’m talking about – a win for business, a win for the workers and a win for the economy as a whole because more money in the pockets of wage earners means more trade for the shops in the high street, more confidence across the board,” Shorten said.

Morrison is expected to have his launch on Sunday but without ex-prime ministers Turnbull and Tony Abbott.

Will there be any candidates left?

15 candidates have been dis-endorsed in the first three weeks of the election. Barry Cassidy joked on Insiders on Sunday that if the election campaign goes much longer there will be no candidates left.

Liberal candidate for Lyons Jessica Whelan was dis-endorsed after making Islamophobic comments online. After the first comment came out, Whelan said her account was hacked and the Liberal Party would contact the police. But the next day more comments appeared and Whelan admitted that she said the comments and she was dis-endorsed.

Whelan will now run as an Independent and is still hoping to win the seat. The last time a dis-endorsed candidate won a lower house seat was Pauline Hanson in 1996 for the seat of Oaxley.

Labor candidate for Melbourne Luke Creasey resigned due to sexist and other inappropriate comments appeared online. Shorten came out in support of Creasey after his first comments appeared in the media but after more came out, Creasey was forced to resign.