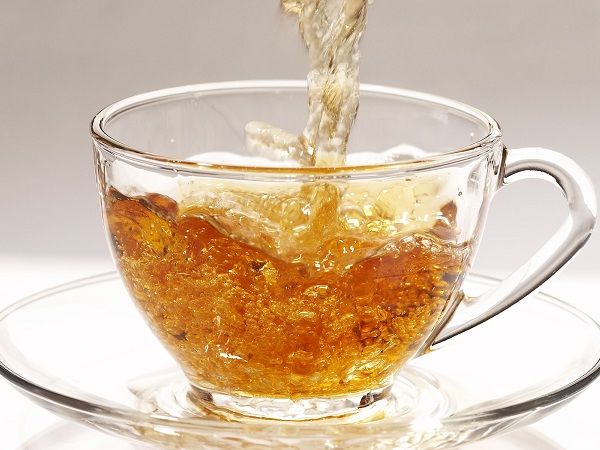 The idea that a weight-loss product could support people with eating disorders doesn’t add up, writes Tahlia McPherson.

As more and more people aim to lose weight or achieve a slimmer figure, a new range of quick-fix weight-loss fads has emerged. The latest is weight-loss tea.

Often containing caffeine or a laxative, the teas are designed to work as a detox or cleansing program, while also operating as an appetite suppressant.

In conjunction with a healthy diet, the consumer drinks the required amount of tea each day to support the aim of weight loss.

Given the purpose of the tea, it came as a surprise that some brands were openly advertising their donations to The Butterfly Foundation for Eating Disorders as an incentive to buy their products.

It’s like a junk food chain offering support to people suffering from obesity.

While this in no way discredits The Butterfly Foundation, it does raise concerns about the questionable marketing strategies employed by some skinny tea producers.

Recently, Slurp, the website that sells Skinny B!tch tea came under fire for an advertisement that read:

“All profits from this tea are donated to the Butterfly Foundation – supporting Australians experiencing eating disorders.”

Awful! Just awful! A tea called ‘skinny b#$%*! claiming it can help with weight loss (and that profits go to an… http://t.co/MCgAerHTNd

But they’re not the only one.

Skinny Me Tea was also offering a charitable incentive to buy their products.

The Butterfly Foundation had no knowledge of these ads and they have since been removed.

Buying a weight loss product with the assurance that the profits will help people suffering from eating disorders just doesn’t quite add up.

Psychologist Dr Peta Stapleton says, regardless of whether it is skinny tea or the latest fad, “dieting is the greatest risk factor for the development of an eating disorder.”

Chloe Nesbit used Skinny Me Tea to lose weight – a decision she came to regret.

“It really messed up my digestive system,” Nesbit says.

“It acted as the opposite of a laxative causing me discomfort and pain for four days. I couldn’t move. I’ll never touch a detox tea ever again. It was the worst experience I’ve ever had.”

Accredited dietitian and spokesperson for the Dietitians Association of Australia, Kate DiPrima, warns against the use of skinny teas.

“The active ingredient in the tea is senna which has a laxative effect, drawing water into the large intestine,” DiPrima says.

“This can severely dehydrate you and upset your electrolyte balance. Girls have been hospitalised.”

The side effects to look out for are dehydration, heart palpitations, dizziness, fainting and severe diarrhea.

The extremes that people are willing to go to are also affecting the community.

Eating disorders cost almost $70 billion a year – something that shouldn’t be undermined by a marketing strategy.

Eating disorders doubled between 1995 and 2005, and are now the third most common chronic illness in young females. Anorexia has the highest mortality rate of any psychiatric disorder and at the end of 2012, it was estimated eating disorders affected nearly 1 million Australians.

Statistics like these are proof The Butterfly Foundation needs all the help it can get – be it in the form of donations or preventative measures.

The disclaimer on Skinny Me Tea says: “This product contains Cassia Angustifolia & Rheum Officinale which may produce a laxative effect and can be toxic in high doses”.

“Just because they list the ingredients as natural or organic doesn’t mean they are healthy for you – in fact these teas are dangerous,” DiPrima says.

Perhaps a direct donation to The Butterfly Foundation – rather than buying weight loss tea – will see your money put to better use.

If the product doesn’t truly promote health, perhaps the motivation behind their donations is more about product promotion and less about helping those suffering from eating disorders.