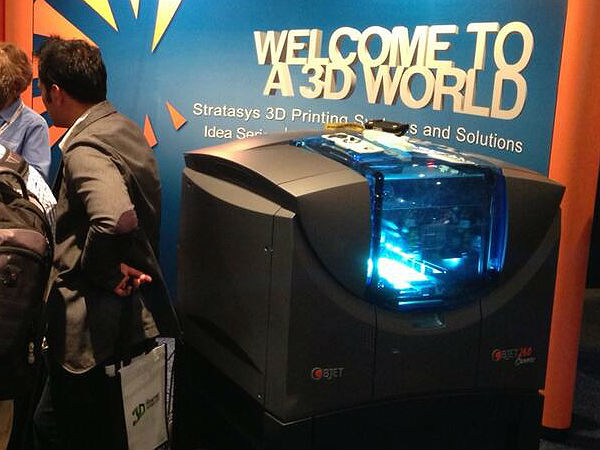 Imagine you’re in that awful situation, where you’re hosting a dinner party and you’re one table setting short. But there’s no need to stress – you could always just print out one more.

While you may be thinking that an inky image of a knife and fork won’t make the most useful eating utensils, 3D printers provide a solution to this.

3D printers were invented in 1984 and originally used for commercial purposes. They have since come a long way and are now available to the general public for as little as $1000.

Nick Bilton from the New York Times has been following the technology and believes that within the next decade, 3D printers will become a common household item. But is this a good thing?

To most, the possibilities seem endless. We are able to print toys, jewellery and car parts.

In the medical field, more advanced printers have been used to generate prosthetic limbs, faces and synthetic human tissue.

Even more unbelievably, giant printers can be used to build houses.

Amanda Hubbard has used 3D printers in the past to print out simple household items.

“Our handle on our toaster that puts the bread down broke, so we printed a new handle, they’re incredible!” she says.

If this technology is capable of creating everyday items, what else could it be capable of making?

In the US, a small group of people operating under the company name Defence Distributed, have already begun printing working gun parts. A video has been released documenting the process which may one day see a fully functional printed gun.

The company plans to release the designs online, for free, which can then be downloaded and printed by anyone who owns an operational 3D printer.

While there is still a long way to go with the technology, it is arousing worldwide fear about the future of gun control – including in Australia.

Roland Browne of Gun Control Australia has told the Herald Sun that he fears organised crime groups will seize the technology, which will pose as a “grave threat” to public safety.

Not only will these guns be unlicensed and untraceable, but the lack of quality control in creating the plastic weapons could cause harm to the owner of the gun.

This is just one of the potential impacts that 3D printing could have on the future.

For those who work in the retail industry, the future will involve far more competition than just online shopping sites.

Many consumers have already started using sites such as thingiverse to simply download item blueprints and print them out. Artists and entrepreneurs have turned the 3D printer into their own money maker by using it to manufacture and sell their own designs.

Consumers are gradually becoming producers, which makes it hard to imagine what the future will look like for the manufacturing and retail sectors – not to mention the potential impact it could have on the economy.

After all, if people can make almost anything themselves, why buy it?

Maybe the future’s success will be in the manufacture and sale of 3D printers and their accesories.

Of course we cannot be certain of the future, but when looking at the current situation, it is no wonder that, despite the benefits of such technology, people are beginning to question its potential to cause harm.