Twelve months on from the cheating scandal that rocked cricket, David Warner and Steve Smith today join Cameron Bancroft in being available for International selection. 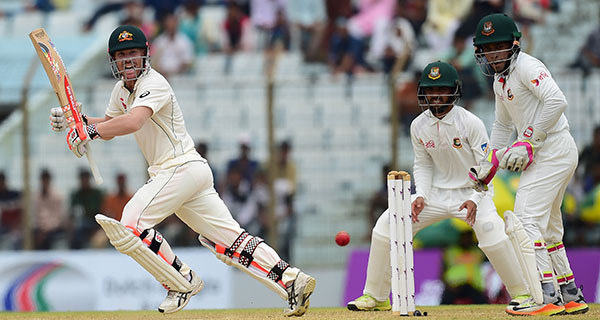 Steve Smith and David Warner have finally reached the end of a 12-month ban handed down from Cricket Australia, following a ball-tampering incident in South Africa last year.

With the banned trio now available for selection, many questions have been raised about whether or not they will be named in the national squad for the upcoming World Cup. The former captain and vice captain met with Australian teammates in Dubai following the ODI win against India.

In a statement to Cricket Australia, Warner shared his emotions following being back with the Australian squad in the UAE.

“It’s been awesome. It’s like we didn’t really leave, the boys were very accepting of us coming in with open arms,”

The cheating scandal took place in March 2018 during the third test in Cape Town between South Africa and Australia. Australia’s Cameron Bancroft was seen to be tampering with the ball with adhesive tape just after lunch on March 24, 2018.

Bancroft noticed he had been sighted on television tampering with the ball, he then attempted to try and cover up the incident by hiding the tape in front of his trousers. However, at the end of the day during the press conference he fronted the media with Australian captain Steve Smith, admitting he had attempted to alter the condition of the ball.

Steve Smith had been made aware of the incident at the time, however said he wanted nothing to do with it. The decision was said to have been made by the leadership group.

Subsequently, Steve Smith and David Warner were banned for 12 months following the incident and Cameron Bancroft received a 9-month ban from all international and domestic cricket.

Smith and Warner went overseas and took part in the T20 circuit in Canada and the Caribbean, while Bancroft stayed in Australia and played in the Northern Territory’s strike league.

Bancroft became a yoga instructor in his time off. With his suspension being only nine months as opposed to twelve, it enabled him to take part in the T20 Big Bash League for the Perth Scorchers.

On the eve of the Australian summer and cricket season returning for the suburban clubs of Australia, Warner and Smith returned to play grade cricket in Sydney. The pair had one final stint in the Bangladesh T20 Premier League. However, both suffered injuries and returned to Australia.

Both Smith and Warner are currently playing in the T20 Indian Premier League, with Warner in particular putting in a strong performance in his most recent match for Sunrisers Hyderabad. The opening batsman smashed 85 runs off 53 balls, sending a message to the Australian selectors. Steve Smith was caught out on 20 in his first match for the Rajasthan Royals yesterday.

This will serve as vital preparation for their next opportunity to represent Australia in the 2019 Cricket World Cup in England and Wales.

The tournament begins in May, with Australia’s first match against Afghanistan on the 1st of June.

Smith and Warner have both left a gaping hole in the Australian team which has been exposed at times over the past twelve months, and has been obvious in the results the team has produced.

Australia has found some form recently, with a come from behind ODI series win over India after being down 2-1, and eventually winning the series 3-2. To back up the strong performance against India, Australia took out the third ODI match against Pakistan giving them a 3-0 lead in Abu Dhabi.