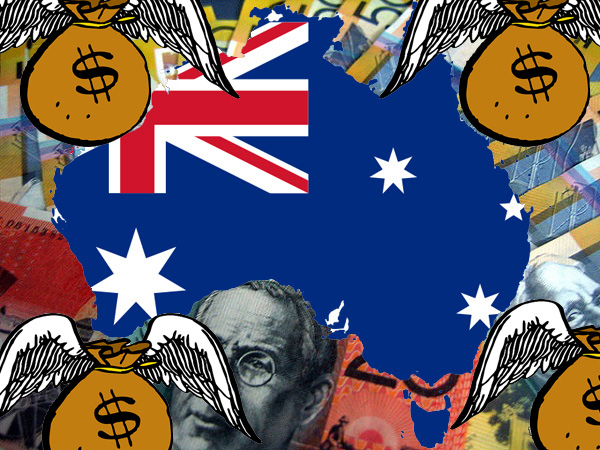 The federal government confirmed in the 2015 budget that it plans to extend GST to digital goods and services bought from overseas.

Though most of the coverage relating to the change has focused on Netflix, the price of other imported digital products such as books, music, software, games and e-books will also be affected.

iTunes and other international services that already collect and pay GST in Australia will not be affected by the proposal.

“There is nothing about the products concerned that justifies exempting them from GST – they are not social goods like food, education, or healthcare,” she tells upstart. “It should be part of the GST law.”

Treasurer Joe Hockey suggests that GST not already being collected from digital purchases was an oversight.

“When the GST legislation was originally drafted, it did not anticipate the massive growth in the supply of digital goods like movie downloads, games and eBooks from overseas,” he said.

The idea of the Netflix tax is to stop multinationals not paying revenue. Will people really go back to piracy for 10%? No. #repbudget

Local industry leaders have championed the GST reform, claiming it will level the playing field.

“Free to air broadcasters continue to pay the highest licence fees in the world and are subject to the toughest regulations – unless there is a more level playing field our ability to fund Australian content will be under pressure,” Worner says.

Some concerns have been raised about whether the GST will encourage piracy. It seems unlikely the tax would have a significant impact given the loyal following Netflix has attracted and the fact that it would still be cheaper than similar Australian services.

Professor Millar says the laws must be designed carefully to avoid an adverse effect for consumers.

“One problem that is not widely discussed is the potential effect of reducing consumer choice,” she says. “This can happen if the rules are badly designed and foreign suppliers decide that it’s easier just not to supply to Australian customers.”

“There have been suggestions that some foreign companies do not supply directly into Canada because if they register Canada requires them to collect GST on sales to both businesses and consumers.”

Professor Millar says that these problems are avoidable if an appropriate threshold is set so that small suppliers do not have to collect GST on sales to Australian consumers. An unforeseen benefit of the changes to the GST system could be that it encourages companies to open subsidiaries in Australia.

“Many suppliers just choose to come into the mainstream system,” Millar says. “If we introduce this special rule for non-resident suppliers they may decide it’s easier to just set up an office here or set up a local subsidiary.”

Alongside these changes to GST, the federal government has also announced plans to take action against international companies that exploit loopholes in order to avoid paying tax to Australia.

Consumer advocacy group CHOICE argue that Australians using VPNs to access international services will make it difficult to collect GST on these services and that the government should instead focus on addressing the issues leading to the use of VPNs, i.e. the inflated price of domestic products.

Recently appointed Greens leader Richard Di Natale believes that these changes to the tax law will be difficult to enforce due to jobs and funding cuts to the Australian Taxation Office.

.@JoeHockey cuts staff at the ATO, then expects them to check on any rorting of the policies he puts in place. #WorstTreasurerEver

Opposition leader Bill Shorten says that Labor is open to considering the changes to the GST.

Netflix has said it will comply with the changes to GST once they are made.

If the bill is passed, the changes to the GST will come into effect in mid-2017 and are expected to raise $350 million in the first two years after being introduced.