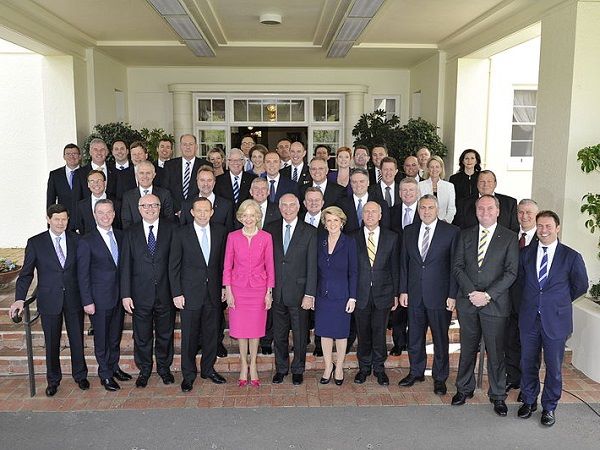 Despite significant efforts to bridge the gender gap, women remain under-represented in political leadership positions across the globe.

Only one in five parliamentarians around the world are women.

With only 26 per cent female representation in the lower house of our national parliament, Australia is ranked 42nd worldwide.

We trail behind countries like Spain, Germany and even Rwanda, which has the highest share at nearly 64 per cent of parliament.

Australian politics expert Dr Jenny Stock says there are a few factors contributing to the low number of women in politics.

She highlights the fact that, until not long ago, public office was for men and women were confined to domestic support roles.

Dr Stock tells upstart that women often have to sacrifice a lot for a job in office, unlike many of their male counterparts.

“Women always have this handicap in that they are also trying to be daughters, sisters, wives, mothers and that takes up a lot of time and energy,” she says.

“They don’t have a wife at home doing that for them. It’s just a lot harder.”

Yet when women do run, particularly in local electorates in lower houses, they do very well. Stock suggests this is because women have better human relationship skills, read body language well and are good communicators.

City of Yarra councillor Jackie Fristacky agrees with Stock. She tells upstart that she delayed a political career due to family.

“It’s harder for women to give up their family relationships and family demands. I wouldn’t have stood for council until my children were in their teenage years,” Fristacky says.

However, Fristacky does not believe her gender influenced her ability to excel in her role as councillor or previous position as mayor.

She believes that female politicians can bring positive traits to parliament and stresses the need for their election.

“[Female politicians] are more constructive, consensus driven, conciliatory and less inclined to be into the sort of aggressive tactics that men are.

“I think they’re more focused. It is certainly my experience as a chancellor that there is a positive effect on the dynamics too,” she says.

Unlike Australia, many countries have recognised the positive effects of having women in positions of power, not only for policy making but to promote women’s leadership.

Some of the best rates of female political representation can be found in Scandinavian countries where electoral quotas apply.

In the 1970s, political parties in Denmark, Sweden and Norway introduced a voluntary gender quota, which has resulted in high numbers of female political representatives.

At 44.7 per cent, Sweden has one of the highest percentages of women in parliament with the remainder of Nordic countries all placing in the top ten.

“You can have people in parliament but if they’re not heard and listened to respectfully then they might just be filling up the seats,” she says.

She suggests that despite the huge progress in Australian politics, it is more clear than ever that women in politics face discrimination.

“As soon as women appear in public, the first thing the male gaze does is look at their appearance and what they’re wearing. The critical eyes passes over long before the brain engages with what they’re saying or what they stand for,” Stock says.

She says this is evident when examining the sexism and misogyny that Julia Gillard faced as Australia’s first female prime minister.

Although we no longer have a female prime minister, some believe Queensland offers an example of balanced female representation.

Earlier this year, Queensland made history when Annastacia Palaszczuk and Leeanne Enoch were elected.

As a result, in an Australian first, Queensland’s cabinet has a majority of eight women and six men, as well as its first ever Indigenous MP.

Queensland’s election results aside, given the fluctuating nature of women’s presence in politics, Stock thinks we have a long way to go.

“Julia Gillard and Julie Bishop are not token women by any means. They got there through darn hard work. And because there’s so few [women in politics], you can’t say they’re the beginning of the great avalanche of women or anything like that,” Stock says.

At present, 29 per cent of parliament is female and only one in eight premiers are women despite females making up more than 50 per cent of Australia’s population.

It is clear that Australia needs to look towards finding a better way to encourage and welcome more women into politics, whether it be through the implementation of a quota or not.