Three AFL coaches have lost their jobs in 2022. How much has the constant media attention had to do with it? 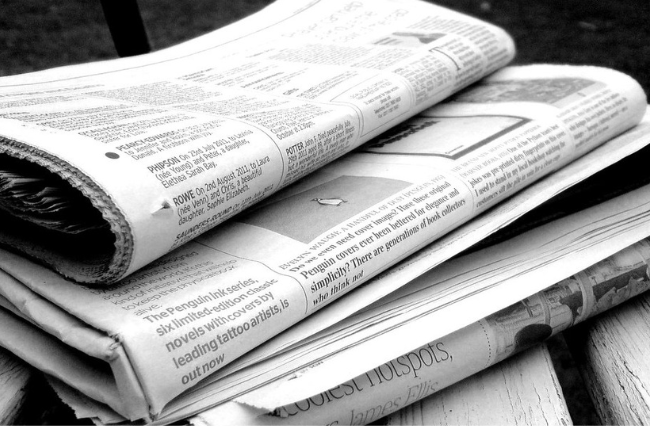 In Australian sporting circles, it is often said that no matter the size of the crowd, when things don’t go your way at the Melbourne Cricket Ground, it feels like the loneliest place in the world.

There is no doubt that David Noble would agree with this cliché. On July 9, the former North Melbourne coach took what would be his final walk across the hallowed turf to greet his son, John, who had played for the opposition, after months of being blamed, criticised, and even labelled as “historically inept” by the media.

History now tells us that this was the moment that Noble probably knew his coaching career was over, and that this embrace was perhaps one of comfort, after his side succumbed to a 14th straight defeat, this time at the hands of Collingwood.

The sacking of David Noble after round 17 wasn’t the first time in 2022 that a coach has lost his job while under severe media scrutiny and it wouldn’t be the last. Leon Cameron stepped down as head coach of the GWS Giants in May after describing the job as “sapping”, following a 1-5 start to the season where pressure was ‘everywhere’. Ben Rutten lost the Essendon job after round 23, when the Bombers went behind his back in the pursuit of recruiting former Hawthorn coach, Alistair Clarkson, following a poor season which led to former Essendon players questioning his job security in the media. For Noble, after months of speculation and media pressure, North Melbourne’s patience finally ran out, sacking Noble just days after the Collingwood defeat, leaving the 55-year-old with a coaching record of five wins from 38 matches.

The coaching departures of Noble, Cameron and Rutten throughout 2022 suggests how much power the media have, and how it can impact a coach’s job security. But should the media hold this much influence?

Veteran journalist from The West Australian Craig O’Donoghue believes that much of the media speculation around David Noble was justified, after an alleged post-match spray at his players left them “shell-shocked”.

“The narrative definitely changed. So, once information starts coming out, that’s normally an indication that all is not well within the club, because someone’s telling the media things,” he tells upstart.

“No one knows what happened in the team meeting where he yells at players and then apologises to players without somebody telling the media that that happened.”

O’Donoghue knows that the leaking of information to the media is generally a strong indication that there is turmoil within a club.

“Once that happens, and once those stories start coming out, you know there is a wedge that has been driven within the playing group and within the club. And that’s normally a really good sign that a coach is in trouble,” he says.

North Melbourne seemed to have had motivations to remove Noble as coach despite the results on-field, however, it is also clear to see that once the media got a hold of this story, an opportunity arose for it to gain more traction.

O’Donoghue says there definitely still is a role for the media to play.

“Your role is to report what’s factual and what’s happening. It’s impossible to not feel for any coach in that situation because we deal with them daily or weekly, depending on everyone’s roles. Nobody wants to see the human lose their job, because everybody knows how tough that would be on them,” he says.

“So, the role of the media in these situations is always to explain what is really going on behind the scenes.”

The digital age has ensured media outlets are constantly seeking big headlines around coaches. And coaches losing their job is nothing new. One man who has experienced this firsthand is Jeff Gieschen, who coached 49 AFL games for Richmond in the late 1990s. Gieschen believes that David Noble simply wasn’t given enough of an opportunity.

“No, it’s clearly not enough. I mean, to lose your job, after 38 games, it hasn’t really given the coach long enough to show his worth,” he tells upstart.

“If the list isn’t strong, and you’re managing a list that you know isn’t capable of winning games, how can you be judged on you know how good a coach you are, if you’re not on the same playing level as the other teams with superior talent?”

While there may often be several factors that contribute to a coach’s sacking, Gieschen believes that Noble was treated unfairly.

“I understand there’s reasons why people might get the sack, or their contracts terminated, and that might be around behaviours, or things aren’t conducive to the best interest of the club,” he says.

“But I don’t think in David’s case, that had anything to do with it. He was judged on his win-loss ratio.”

Now, two weeks after the AFL season has concluded, the departures of Cameron from GWS and Rutten from Essendon have only just recently been resolved after months of limbo, with Adam Kingsley being hired the new GWS coach in August, and Brad Scott being appointed Essendon coach late last week. After Noble’s departure from North Melbourne, the club signed four-time premiership coach, Alastair Clarkson on a five year deal.

As for next season, current coaches Brett Ratten (St Kilda) and Ken Hinkley (Port Adelaide) are both under similar levels of pressure heading into 2023, with both looking to lead their teams back into the finals.

Article | Lincoln Allan is a third-year Bachelor of Media and Communications (Sport Journalism) student at La Trobe University. You can follow him on Twitter @lincolnpallan

Photo | Newspapers B&W (5) by Jon S available HERE and used under a creative commons license. The photo has not been modified.