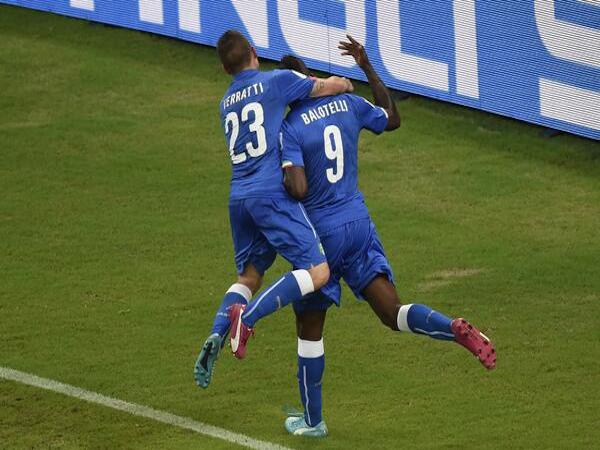 Day 3 added another 13 to the collection as an already astounding World Cup somehow cranked up another notch.

If ever you needed an indication of just how attacking 2014’s World Cup is proving to be, look no further than Italy’s 2-1 win over England in Manaus. Expected to be a battle of two pragmatic and often dour opponents in the energy-sapping conditions of the Amazon, the clash turned out to be a highly entertaining affair.

England couldn’t capitalise on a lightning start, architected by the wizardry, pace and skill of 19-year-old Raheem Sterling. The Three Lions were then made to pay for their profligacy, when Claudio Marchisio opened the scoring on 35 minutes.

If a teenager was running the show for England, someone 16 years his senior – Andrea Pirlo – was pulling the strings for the Italians. His intelligent step-over successfully took an England defender out of the contest, opening up the space for Marchisio to arrow his 25-yard shot into the bottom corner.

Antonio Candreva’s deep cross picked out Mario Balotelli at the back post. His header was a powerful one, beating Joe Hart and nestling in the back of the net.

England couldn’t respond, with several players unable to recover from the cramp-inducing humidity, as Italy held on for a valuable three points.

Earlier in the day, Costa Rica masterminded one of the shocks of the tournament when they defeated Uruguay 3-1 in Fortaleza.

Edinson Cavani had put the South Americans ahead through a Diego Lugano-won penalty. But come the second half it was all Costa Rica as Joel Campbell inspired an incredible fightback.

But they were only set to go into overdrive as Oscar Duarte put the Central Americans in front just three minutes later. His superb diving header nestled into the bottom corner following Christian Bolano’s cross.

Campbell then turned provider, slipping substitute Marcos Urena through on goal to add a third.

It was a boilover, perhaps reflected perfectly when Uruguayan defender Maximiliano Pereira was sent off late in the match for a cynical challenge.

In Group C, Ivory Coast scored twice in two minutes to produce a come-from-behind victory over Japan in Recife.

Wilfried Bony, a surprise inclusion ahead of Didier Drogba, and Gervinho were the beneficiaries of Aurier’s sublime work down the flanks.

That result had followed Colombia’s convincing 3-0 win over Greece to begin the day. Pablo Armero, Teofilo Gutierrez and James Rodriguez scored the goals that delivered the South Americans a routine victory.

Look no further than the Colombians’ efforts after Pablo Armero gave the South Americans a fifth-minute lead over Greece. Racing over to the bench, Armero and the entire squad joined in a celebration depicting that of an airdancer.

It’s never a good sign when your physio is getting stretchered off. But that’s what England was forced to watch just moments after Daniel Sturridge scored the equalising goal against Italy. 50-year-old physiotherapist Gary Lewin was celebrating the goal when he jumped, landed on a stray water bottle and dislocated his ankle. It appeared very painful indeed.

After inspiring one of the World Cup’s most miraculous comebacks, Costa Rica striker Joel Campbell is a deserving recipient. The 21-year-old, who last season spent the year on-loan at Olympiacos, scored a thumping equaliser, before setting up the sealing goal. His pace and trickery on the ball makes him a dangerous asset for the Costa Ricans in the remainder of the tournament.

Group E kicks off when World No.6 ranked Switzerland takes on Ecuador in the capital of Brasilia. It continues later in the day when France plays Honduras in Porto Alegre.

South American giants Argentina then begin their campaign when they face World Cup debutants Bosnia and Herzegovina in the Maracana’s first match of the tournament.