Eight young Filipino-Australian women from all around Australia have competed for the title of Miss Philippines-Australia 2016, writes Marie Trevithick. 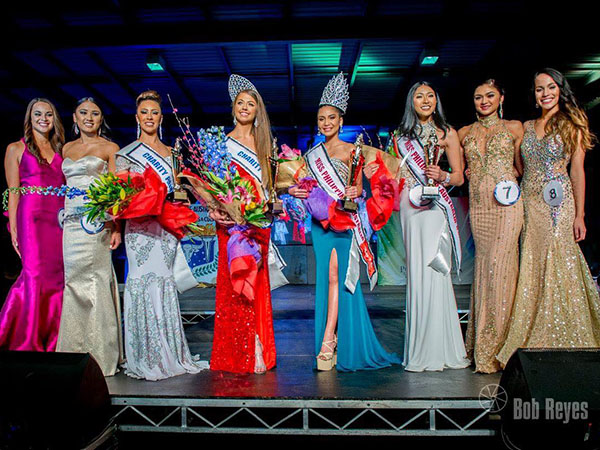 We’ve all heard of the Miss Universe and Miss Australia beauty pageants, but did you know there is a pageant solely for young Filipino-Australian women?

The Miss Philippines-Australia and Charity Queen Pageant, held in conjunction with the Grand Philippine Fiesta Kultura in Sydney, was first held in 1989 and has seen many Filipino-Australian women between the ages of 16 and 25 vie for the title over the 27 years it has been running.

The 2016 winners were Angela Leonidas, who took home the Miss Philippines-Australia title, and Jayde Crystal Wright, who was crowned Charity Queen at the gala announcement on Monday 3 October.

“The pageant celebrates strong, committed young women and also recognises their own unique skills and abilities that define today’s modern woman,” according to its Facebook page.

“This is a quest to find a true Filipina, who, despite living in Australia still finds her Filipino identity, tradition and cultural heritage”.

There are two titles awarded at this pageant. The first is Miss Philippines-Australia, and this award is judged via four different categories.

The four categories are Filipiniana (25% of the total score), Swimsuit (30%), Evening Gown (30%) and Interview (15%). The candidate with the highest score receives the title.

The second title available is the Charity Queen Australia. This title is awarded to the candidate that fundraises the most amount, based on advertisements and ticket sales.

In order to enter the pageant, potential candidates fill out an online form, then answer a series of questions and complete an interview over the phone.

Some former winners of the pageant have gone on to place highly in other pageants, including 2013 winner Melanie Balagtas, who was the runner up of Miss Philippines Earth in 2014.

Michelle Trini Ryan, a 21-year-old occupational therapy student from Macleod, Victoria, was one of the 2016 finalists.

“I thought it was a great opportunity to learn more about my cultural heritage and embrace the Filipino culture,” she tells upstart.

“Lastly, the charity component really attracted me as I want to help others, I thought it was a great opportunity to give to those in need.”

Although Ryan wasn’t successful in winning either of the two major titles, she did receive a special award called Miss Filipiniana.

“This was for the best celebration of Filipina/Australian beauty which was judged through a traditional Filipino dance called Maria Clara,” she says.

Much preparation was put into the event, with the finalists rehearsing for three days in the lead up to the pageant announcement. These rehearsals included learning and perfecting choreography for each segment.

Finalists also attended an introduction gala ball in Sydney in August which involved a full day of rehearsals, photo shoots and media interviews.

Ryan says that the most rewarding part of the pageant was making her family proud.

“Having a lot of my family up in Sydney to support me, that was amazing,” she says.

“Being able to make my family proud, especially my mum who had never seen me dance traditional Filipino dance in Filipino costume, was the biggest prize for me.”