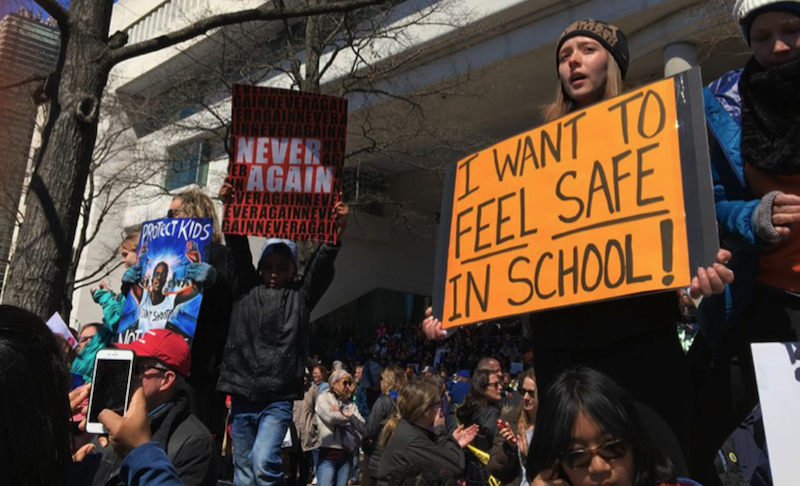 The atmosphere in Washington D.C. on Saturday 24 March was sombre, yet empowered, as over 800,000 protestors marched on Pennsylvania Avenue in a student-led protest to end gun violence in America.

The March For Our Lives, organised by the survivors of the recent school shooting in Parkland, Florida on February 14. 2018, was a response to United States President Donald Trump and the Congress’ lack of action regarding gun control.

The cheer and chants of could be heard from blocks away. Although thousands of citizens of every age poured onto the streets, it was young people who had the loudest voice.

Annie, a 14-year-old student from Maryland, says she decided to attend the rally as it was “something that I can relate to”.

“It’s about students…some of the other rallies about gun violence I can’t really relate to because I’m a 14-year-old kid…but this is in my control, and it’s something I can do something about by attending it.”

“I’m a student, and it’s my friends and my peers who are actually getting affected by this,” she says.

Children younger than high school age passionately raised hand-made signs, calling to an end in gun violence in schools across the country. 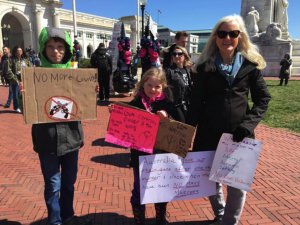 A myriad of speakers voiced their anger regarding the lack of gun reform. One of the most notable included Yolanda Renee King, the 9-year-old granddaughter of Dr. Martin Luther King Jr, who said she had her own dream “…that enough is enough. That this should be a gun-free world. Period.”

Another moving speech came from 11-year-old Naomi Wadler, who said “I am here today to acknowledge and represent the African American girls whose stories don’t make the front page of every national newspaper, whose stories don’t lead on the evening news.”

“I represent the African American women who are victims of gun violence, who are simply statistics instead of vibrant beautiful girls full of potential.”

Emma Gonzalez, the 18-year-old survivor of the Parkland shooting who has now become one of the most notable activists for gun control, stood in silence for several minutes during her speech; counting the minutes the shooter was active at Marjory Stoneman Douglas High School.

“Fight for your lives before it’s someone else’s job” she said.

The rally also featured performances by Demi Lovato, Miley Cyrus, Ariana Grande and Jennifer Hudson – who herself has lost family members to gun violence. Actor George Clooney – who recently wrote a response of support for the Parkland students – was in attendance with his wife, human rights lawyer Amal Clooney.

George Clooney meets a young man at the #MarchForOurLives in Washington pic.twitter.com/CTNkixTzTI

March For Our Lives events occurred simultaneously in across the country, including protests in New York City and Los Angeles.

According to the U.S Center for Disease Control and Prevention, It is estimated that 96 Americans are killed by guns every day.

Meg Kennedy is a third-year Bachelor of Media and Communication (Journalism) student at La Trobe University, and is currently on exchange in America at Loyola University Maryland. You can follow her on Twitter @megkennedy15.