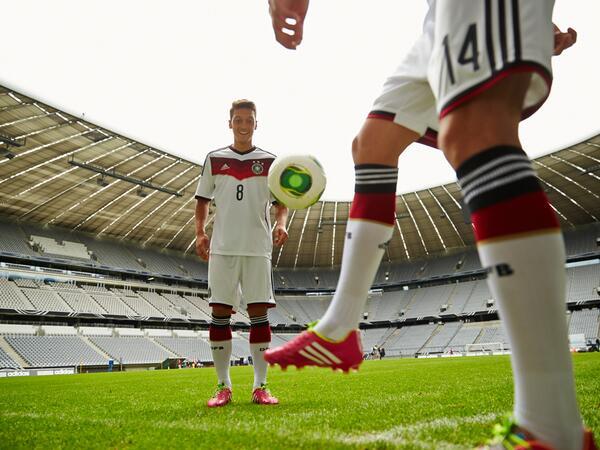 No, it’s not the world football team of the year, rather the names of experienced players who have been overlooked by their countries ahead of the 2014 World Cup in Brazil.

Despite the fact that many of these players hold important roles for their clubs and are either former or current captains, with their names etched in national team folklore, they were deemed to be not good enough to play in Brazil.

With less than three weeks until the tournament begins, most of the squads have been announced and the overriding theme is that international players are of increasingly younger ages and are no longer picked on name or reputation.

Australia’s selection policy for the World Cup has, of course, followed a similar pattern, with manager Ange Postecoglu’s squad ignoring the likes of long-time captain Lucas Neill, golden-boy Harry Kewell, most-capped international Mark Schwarzer and arguably our best player at the 2010 World Cup, Brett Holman, effectively forcing most of them into retirement.

Not too long ago Neill and co. were key to both the team and the nation, but as they will attest, a lot a can change in the football world in a short space of time.

World Cup countdown: @MesutOzil1088 will be another man to keep tabs on in Brazil. Here’s why: http://t.co/V4l5Tb1bVh pic.twitter.com/RmYdClHODz

While there are still a large number of older players from other nations being picked to represent their countries, many of them are no longer indispensable and have lost their first-choice status to their more exuberant and younger counterparts.

There was a time when managers would pick their most experienced 23 to take to a World Cup but given the modern trend, that time seems to be fast approaching its conclusion.

Many will argue that the pressure that comes with the support of millions and millions of highly expectant, patriotic and volatile fans at a World Cup is far too much for youngsters to handle.

In the past it was widely accepted that a few extra years of club football and mental maturity was needed before players were able to perform at their best at international level. Because for every Pele, there is a young prospect who never quite makes it on the international stage due to the expectancy and pressure heaped on them.

Forgoing this process is most certainly a risk, but in the modern game it seems to be paying off more and more.

The core of the young Germany side of the 2010 World Cup contained previously unheralded youngsters such as Mesut Özil, Manuel Neuer and Thomas Muller, with the latter finishing the tournament as its top scorer. The trio are now individually among the best players in the world and also remain at the core of the current German squad; one that is likely to challenge for the World Cup in Brazil.

German coach Joachim Löw has success with his penchant of using younger players and has again chosen a youthful squad ahead of the Brazil showpiece.

The rest of the world has caught wind of the idea, with England particularly placing a new emphasis on youth for their upcoming World Cup campaign.

Interestingly, the thoughts of the typically stubborn and pragmatic Capello are now also in line with the trend. Now managing the Russian national team, even the veteran Italian coach has decided against the tried and trusted in favour of a more youthful approach in 2014.

The trend has also ostensibly impacted upon the thoughts of other coaches heading to Brazil, with the Belgian, Swiss, Ghanaian, Nigerian, American, Japanese, Bosnian and South Korean squads also containing a large percentage of younger players.

With so many coaches picking youthful teams in the modern era, there must be some substance behind the trend.

Every World Cup brings about several standout players and it is more than likely that given the amount of them on show, the stars of this year’s showpiece will be of a fledgling nature.

While the coveted Golden Ball for player of the tournament was won by 31-year-old Uruguayan forward Diego Forlan four years ago, much can change in that amount of time. Don’t be surprised if this year’s winner proves to be someone far younger.