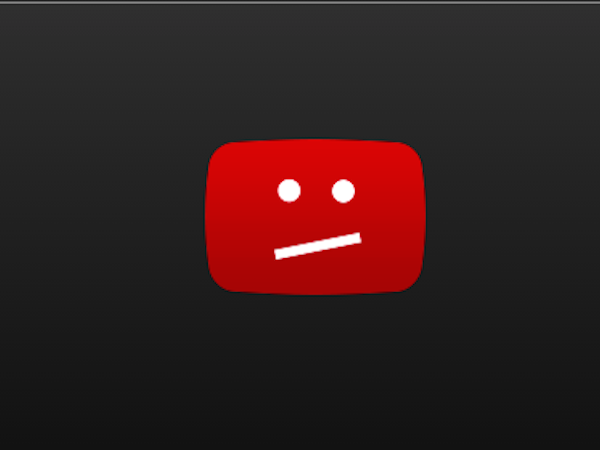 The ability to upload videos to a well indexed, centralised website has made it easy to get content out there.

However, YouTube’s approach to copyright has received a lot of scrutiny in its ten-year existence.

Most recently, the site was criticised for allowing too much power to the big channels and networks.

PrankInvasion, run by Fullscreen, didn’t have an issue with h3h3’s video. However, Fullscreen did, and lodged a copyright claim with YouTube.

The video, which was h3h3’s most popular, was eventually removed from the site, despite it arguably being covered by YouTube’s own fair use guidelines.

In response, one of h3h3’s creators, Ethan Klein, released an angry video that criticised Fullscreen and YouTube.

This led to an uproar on social media that eventually got the video reinstated.

Chris Lohr has also had issues with Fullscreen. Lohr, also known as DJ Placeboing, found viral fame in 2010 with a remix of the famous Gingers Do Have Souls video.

One of Lohr’s videos was recently claimed by Fullscreen because it contained footage of one of their members.

Claiming is an avenue open to copyright holders who feel their trademark has been infringed.

As part of Google’s automated content identification system, copyright holders decide what action is to be taken on their videos. They can choose to have the video blocked or deleted, or they can claim the advertising revenue the content is accruing.

Lohr tells upstart that there was no copyright issue with his video and that Fullscreen is being over-zealous in its pursuit of infringements as a moneymaking tactic.

“Fullscreen is earning all the revenue [on the video] since they claimed it. This is unfair because I have permission from the source video creator to monetise the remix, and my remix falls under fair use anyway. YouTube actually specifically notes “remix” now on their fair use page,” he says.

“Networks abuse this by claiming content usage that falls under fair use. The dispute system is so automatic that it makes it very easy for the networks to claim videos.”

Lohr says that the automated nature of YouTube’s system makes it easier for big channels and networks.

“Big channels will always have an easier time dealing with these problems. For example, with h3h3, his video got the claim removed, because there was an uprising on social media about it,” he says.

“For channels small enough that they can’t start an uprising, the network would usually just leave whatever outcome was decided with YouTube’s dispute system, which typically falls in the favour of the network.”

Even if a smaller channel could get control of their video back, the damage is often already done.

“So if a network claims your video right when it begins to go viral, you lose the majority of your revenue.”

Rod Moody, who runs cricket nostalgia channel Robelinda2, tells upstart that the automated content ID system can be a minefield.

“Most of the time it’s an automatic takedown. The copyright holders send images of work, like a movie, and it gets put in a program,” he says.

“So when stuff gets put on YouTube, it scans the videos as you’re uploading it for any incriminating stills or anything, and that’s what it uses to take it down.”

It’s a delicate operation for Moody, who is using other people’s content, and as such is constantly walking a copyright tightrope.

He doesn’t mind videos being taken down, but says the system isn’t always perfect.

“The England Cricket Board (ECB) took down one of Shane Watson playing Bangladesh in Cairns. I asked them directly and they said ‘it was probably due to an error in the listing’,” he says.

Moody once uploaded a four second video of Ian Bell playing a forward defensive shot at the SCG to test the ECB. They were onto it immediately.

“It didn’t even go up. It was terminated before it was even uploaded. That video was a copyright strike,” he says.

It’s the copyright strike that occurs after the deletion of a video that can be the most detrimental to the smaller channels.

“Three of those [strikes] and your account is terminated forever. After two you get restrictions on your account,” he says.

“You can’t upload videos beyond 15 minutes, you can’t make videos private or unlisted, you can’t put advertising on it. If you were making money, you’re absolutely screwed.”

“Two strikes pretty much stops you from uploading the content that you would like to, because one more strike would erase your channel.”

If YouTube want to continue to foster video innovation, it will need to learn how to balance the rights of copyright holders with the creativity of smaller channels.