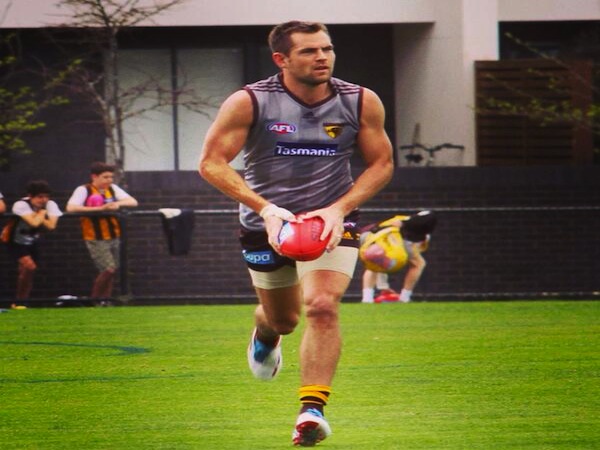 The Dockers and the Hawks are evenly matched across all areas of the ground. The midfields have plenty of experience and class, and they are well supported by durable ruckmen. The back six are stable and robust, while the avenues to goal up forward are endless.

But if either side are to secure this year’s premiership, these are the players that must take charge and produce strong performances on the last Saturday of September:

Ryan Crowley: The 29-year-old is without doubt the league’s number one shutdown player. He can effectively nullify the impact of his direct opponent with his ability to both antagonise and contain through intense pressure. The unrelenting tagger could well go back-to-back in Fremantle’s best and fairest after yet another impressive season. Among his victims include Brett Deledio twice, Richard Douglas, Ryan Griffen, Brent Harvey, Steve Johnson, Nathan Jones, Marc Murphy, Tom Scully and most recently, Kieren Jack. Crowley will need to bring his recent form into tomorrow afternoon’s blockbuster if he wants to acquire the prized scalp of Sam Mitchell.

Nathan Fyfe: Fyfe has been a product of consistency for the Dockers this year. In only his fourth season in the AFL system, the 22-year-old has already proven himself as an elite midfielder. He is strong overhead and incredibly poised at ground level, with most of his possessions being contested. The West Australian has had a superb year, winning the Herald Sun Player of the Year with Gary Ablett, polling the most votes for Fremantle in the Brownlow Medal with 18 and being named on the wing in the inaugural 22under22 team. His ability to win the contested ball in the pressure situations will be crucial for the Dockers tomorrow afternoon.

Michael Walters: Prior to this year, Walters had only played 21 games from four seasons in the game. He will double that figure when he takes the field tomorrow afternoon. The lively small forward has been a revelation for the Dockers this season, earning selection in the 40-man All-Australian and being named on the bench in the 22under22 team. Walters has radar-like vision, presents well up the ground and can finish off around the goals, kicking 44 from his 20 matches. His sterling season will certainly see him receive a lot of attention from Hawthorn’s backline.

Thanks to all the fans! pic.twitter.com/3iZ7Y4dpVi

Lance Franklin: Franklin is one of the competition’s most damaging players when he’s at his absolute best. This was showcased by his inspirational effort in the premiership quarter of last year’s Grand Final against Sydney, where he played a huge part in getting Hawthorn back into the game. Despite the speculation surrounding his future at the club, the Hawks spearhead forward still managed to kick 59 goals this season and was selected in the 40-man All-Australian squad. The last time Hawthorn played the Dockers in round four, Franklin proved a handful for Lyon’s stellar defence, kicking four goals and accumulating 20 disposals.

Luke Hodge: After an injury riddled 2012 season, the Hawks skipper has been a big reason behind Hawthorn’s push for premiership success. The deadly left-footer has only missed two games this year, averaging over 21 disposals and polling 15 Brownlow votes. A calming influence on the field, Hodge is a natural leader who can get the best out of his teammates. Whether it is in the midfield or across the half-back line, his resilient nature as a footballer makes him a difficult opponent to beat. Hodge will be hoping to duplicate his spectacular performance in the 2008 Grand Final win over Geelong, which saw him awarded the Norm Smith Medal.

Sam Mitchell: It’s no surprise to hear that Mitchell is the frontrunner to receive the Crowley hard tag. He has been the Hawks’ most influential midfielder this year, collecting more than 30 possessions on eight occasions and finishing seventh in the competition for total disposals at the end of the home-and-away season. The ball magnet won a spot on the half-back flank in the All-Australian side and was also Hawthorn’s leading vote getter in the Brownlow Medal with 16. Mitchell will enter the grand final with great confidence after his best-on-ground effort in the recent preliminary final victory against Geelong.