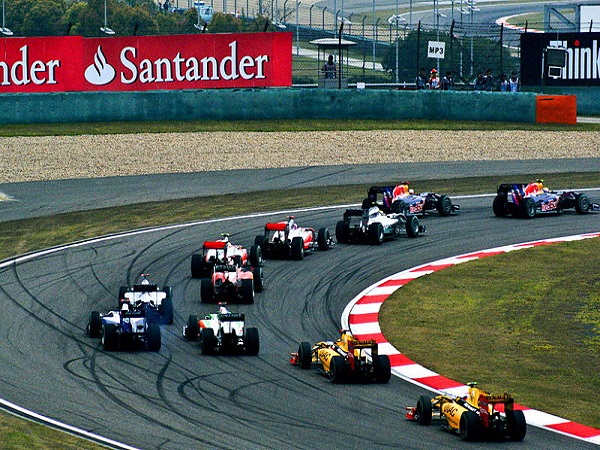 The Chinese Grand Prix has never captured the imagination of teams, drivers or the motorsport-loving public.

It’s surprising then, that this weekend’s Grand Prix will be the tenth F1 race staged at the Shanghai International Circuit.

The empty seats and poor atmosphere that continue to plague the race suggest that F1 has no place in the world’s most populated city. However, it remains a big money-spinner for Bernie Ecclestone, which means the event will be around for many years to come.

Despite the lack of excitement around the race, the fast flowing nature of the circuit – particularly the middle-sector – has produced some good racing in the past, and should allow for the same this year.

Pirelli’s decision to bring the yellow-banded soft and white-banded medium compound tyres to Shanghai will throw up a few question marks for the teams in terms of strategy.This year’s soft tyres are of a different composite to last. Despite the compound being tested extensively through pre-season, data gained measuring performance and rate of degradation is largely irrelevant due to the differing temperatures and track surfaces in Spain and China.

In the last few years most teams have been able to get away with a two-stop strategy, but with the new softs that are designed to degrade quicker – coupled with the massive stresses placed on the left-hand tyres – this weekend could be a three-stopper at the very least.

The start/finish straight as well as the DRS zone on the extremely long back straight will be the key areas for overtaking action. However, the Turn 1&2 complex is a spot where drivers will be caught napping and swooped upon, especially in the opening laps.

It’s a track that will suit both Lewis Hamilton and Nico Rosberg in the Mercedes, as rear-tyre degradation – an issue the team has struggled with in recent seasons – is less of a concern in Shanghai than on most other tracks.

Mercedes have been one of the quickest through the speed traps yet again this season. It’s no surprise that Rosberg picked up his maiden pole position and win in Shanghai last year, considering the track has two very long straights.

Although team orders somewhat doctored the finishing positions, Hamilton and Rosberg crossed the line in third and fourth place respectively in Malaysia. On a track that suits them, it’s hard to look past either of them for a win, or – at the very least – a podium finish.

Speaking of team orders, Red Bull will be looking to put an end to the disharmony between its two drivers with a good result. But unless Sebastian Vettel does Mark Webber a favour this weekend, the bad blood will surely remain.

It’s not a track that suits the RB9s due to their lack of top speed, but it would be silly to count the reigning triple world champions out of a race win.

Expect the Ferraris of Fernando Alonso and Felipe Massa to be lurking around the front. Alonso will be looking to get his season back on track after a DNF in Malaysia, whilst Massa will want to push on with his solid start to the year.

Lotus were miles behind the front-runners in Sepang and one begins to wonder whether Kimi Raikkonen’s win in Melbourne was almost solely down to good tyre strategy and smart driving rather than pure race pace.

The McLarens don’t look like they’ll be challenging for podium finishes any time soon, which will frustrate both Jenson Button and Sergio Perez. It wouldn’t be at all surprising if the team were to soon revert back to last year’s MP4-27, to again fight for race wins.

Such is the unpredictability of the sport at current, the likes of a Sauber or Force India getting on the podium wouldn’t surprise anyone.

That’s what makes this weekend so enticing.

Daniel Baricevic is a third-year Bachelor of Journalism (Sport) student. You can follow him on Twitter:@danielbara4