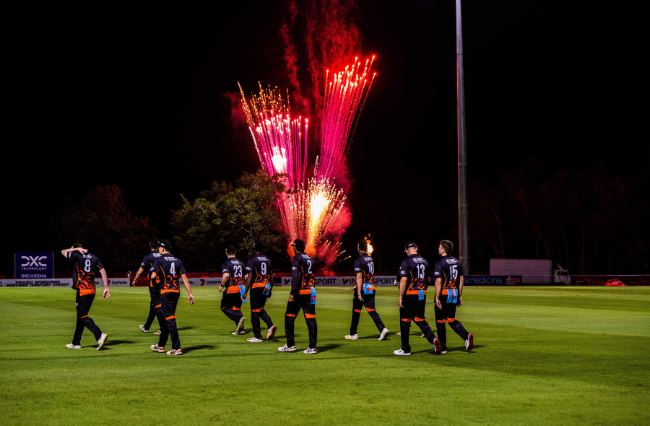 For Jagadesh Koduru, August had become fairly repetitive. The Melburnian, who has been aspiring to play international cricket since he was a little kid, has typically begun his pre-season training in the harsh Victorian winters. Long-sleeved jumpers, indoor net sessions and countless time spent on the bowling machine have been part of his tireless effort to reach his dreams.

The 19-year-old knew it was time to reinvigorate his off-season. That’s not to say he didn’t enjoy perfecting his cover drive on those single-digit-degree days in Melbourne’s northern suburbs – he would gladly do it all day long – but he figured there had to be a way he could get an extra edge on his competition.

That’s where the thought of spending the winter months in Darwin came along. With perpetual heat and little rain, cricket is played from April to September in Australia’s northern-most city, meaning cricketers like Koduru can continue playing in optimal conditions all year round, he tells upstart.

“It’s good to sort of work on your game, rather than hitting balls in indoor centres and on bowling machines.”

“I think the match practice and being able to hit on turf and just heaps of balls over the winter; I just feel like I’m that much more ready for this Melbourne season than I would have been if I’d still been in Melbourne.” 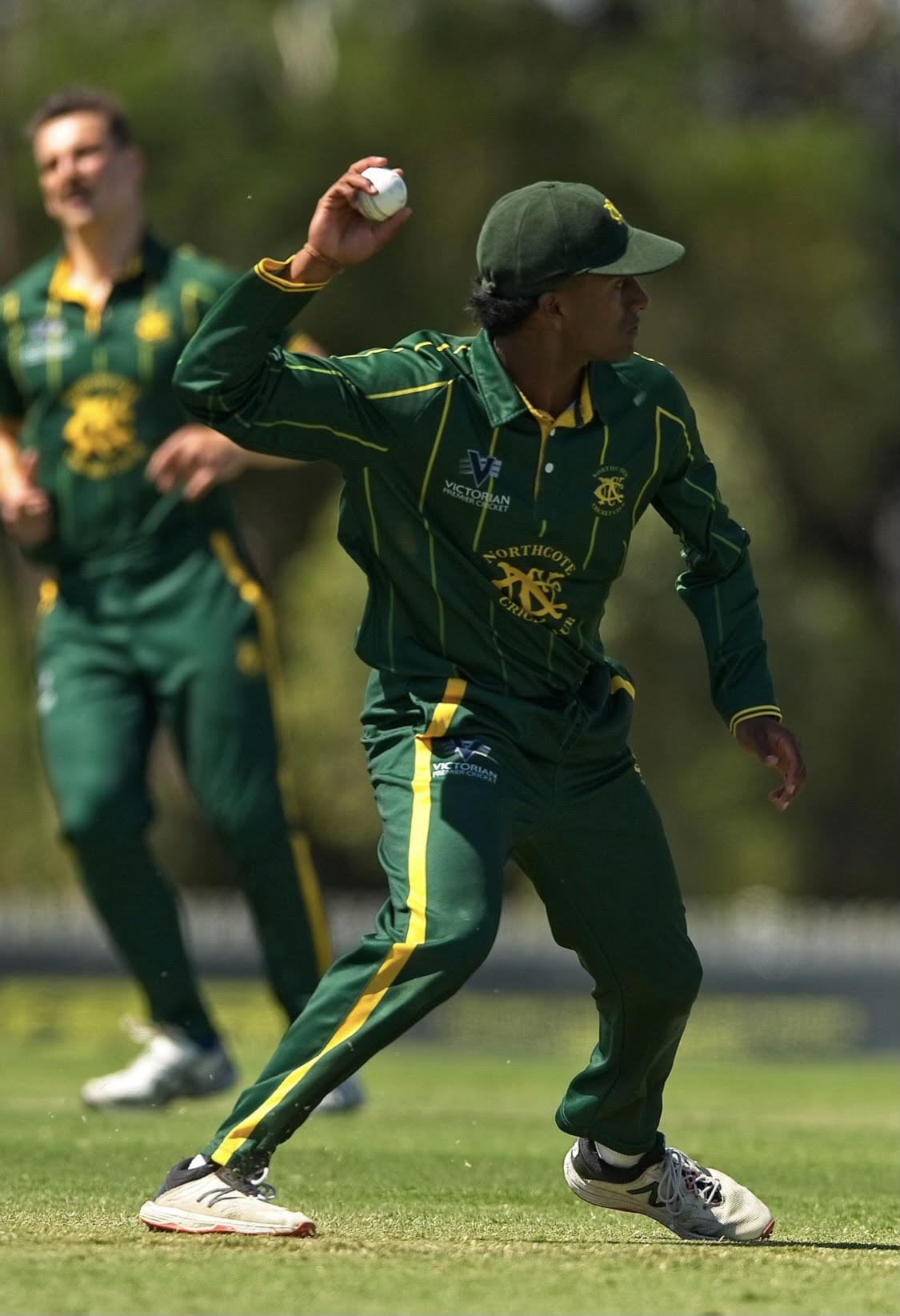 The Northcote Dragons middle-order batter took on a similar role for the Waratah Cricket Club in the Darwin and District Cricket Competition this season, averaging an incredible 67 runs with the bat across his 15 games for their first-grade side.

His finest knock came in the form of a near run-a-ball 147 in late July, leading him to be selected for the Northern Tide in NT Cricket’s new Men’s Strike League, a competition consisting of rising BBL stars such as Wes Agar, Jake Fraser-McGurk, and James Bazley.

The Strike League is one of NT Cricket’s innovations to allow mainly younger state cricketers and those on the periphery of the Sheffield Shield to play with and against each other throughout the winter.

Darwin’s local competitions have always been played throughout this period of the year – allowing the keenest of cricketers to come up during their off-seasons. However, NT Head of Cricket Darren Treumer says he always knew there was a way this could be amplified. The Strike League became not only NT Cricket’s way for both local and interstate players to converge on a league that not only increased in standard and professionalism – but began to put cricket in the top end on the radar. Targeting those in their late teens and early 20s, the Strike League became the selling point for cricket in the top end.

“It’s our tropical wet season so it sort of just doesn’t marry nicely. But that emerging under-23 player where they’re trying to break into either a BBL squad or Sheffield Shield squad sort of sat nicely in that sweet spot for Northern Territory cricket, so that was sort of pushed out as an opportunity to play cricket in Australia 365 days of the year.”

It’s an opportunity players like Koduru wouldn’t have had just two years ago. The Cricket 365 model that has been developed by NT Cricket – which encompasses a range of different competitions – is still in its infancy after just two seasons, but already the benefits are starting to emerge.

With cricketers able to put themselves in game situations all-year-round now, their performance is set to not only increase in consistency, but quality as well. The 19-year-old said he felt a little bit out of place initially for the Tide as he rubbed shoulders with some household names. However, he showed little signs of any nerves as he struck a match-winning 87 in the grand final, in just his third game for the club.

“I came in and sort of just went through my processes and yeah it ended up coming off,” he says.

“I felt good at the crease and we just got the win in the end, which is really good as well.”

Treumer says the genesis of these competitions came from the thought of maximising Darwin’s weather throughout Australia’s winter and capitalising on this point of difference from other states.

“There’s blue skies and fantastic facilities all throughout Darwin and I have to say that Australian cricket really weren’t embracing the opportunity to play 365 days a year – hence the name.”

The Strike League consists of four teams all with a distinct Northern Territory flavour – the Desert Blaze, the Southern Storm, the City Cyclones, and Koduru’s team, the Northern Tide – with T20 games played mid-week and 50-over games played on Sundays. There is also strict criteria as to who plays for what team, as NT Cricket looks to make the competition as even as possible.

“There’s an opportunity for all of the states and territories to provide four players with different skill sets to come to down and then get dispersed evenly amongst those four franchise teams,” he says.

“That’s also complemented by local under-23 players and that provides a pathway opportunity for our local players and also then allows us to backfill with any other southern first-grade players that are playing in the local competition as well.”

Treumer believes the success of the competition can be measured in many ways, but says the exposure on social media with over two million Facebook impressions emphasised that people were tuning in. It’s also what led to heightened coverage of the new Top End Series, which saw the Melbourne Renegades and Melbourne Stars academies, as well as a Cricket Australia and Papua New Guinea XI send teams to compete against the team of the tournament from the Strike League. Hopes of introducing NSW BBL sides are also being spoken about, as the program continues to go from strength to strength. 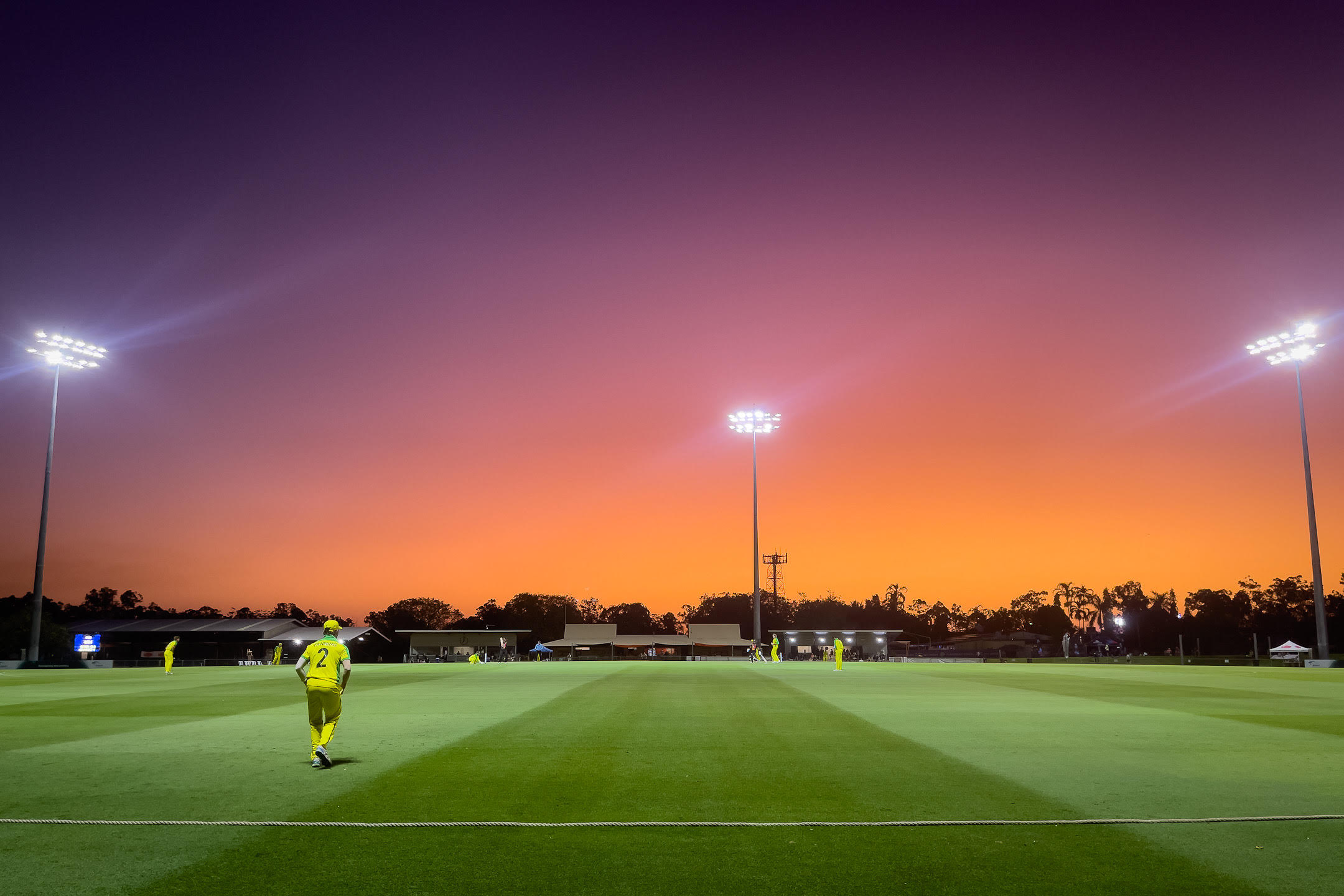 “There’s a number of confidential conversations that are being had at the moment with New South Wales, nothing’s at this stage on paper but certainly we’re having those conversations with high-performance managers,” he says.

“It’s generated a lot of interest really quickly in a short amount of time.”

Established state cricketers such as Jason Sangha and Will Sutherland headlined the Top End series, but it has allowed players like Northcote’s Jack Lalor to earn his chance with a BBL club. After a stellar season in the Victorian Premier League, the 23-year-old received a call from Renegades coach David Saker in the middle of the year informing him of his selection, he says..

“I was actually working away in Adelaide and the head coach rang me and I didn’t take the call just because I was working. I listened to the voicemail, and it was David Saker. I was like ‘sh-t’, the heart sort of dropped a bit.”

“I was like ‘this could be good’ and called him straight back and he pretty much told me he’d selected me for the Renegades team up in Darwin and was telling me to take time off work.”

It was a big commitment for Lalor to pause his lifestyle and career, but he says he didn’t doubt he was making the right choice for a second. Indeed, once he got up to Darwin and began training and playing, he knew he’d made the right call.

“The experience was awesome; I loved every minute of it. The training was awesome and all the coaching,” he says.

“Being able to mix it with some of those contracted Renegades and even Stars boys was unreal, like just seeing what they do preparation wise…the Renegades team we actually bonded quite well, which was good. Even the coach was saying that if we had longer up here, we would win more games just because we just loved each other’s company.” 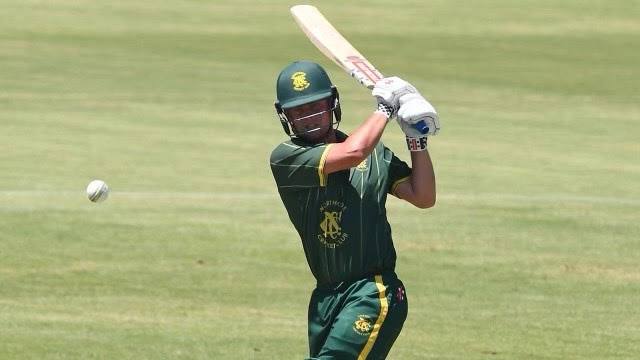 Lalor believes Darwin will soon become an essential step in pre-season for aspiring cricketers, saying that in both his case, and that of his Northcote teammate Koduru, the benefits are unparalleled to anything he’s experienced before.

“You can train as much as you want but game day is where the runs are made, so I think we’ll find Jagadesh comes back a five times better player than he left last year, just with the cricket he’s had under the belt,” he said.

“I think definitely, if you’re a young cricketer, and you’re interested, the Northern Territory would be awesome…I haven’t heard a bad thing to be honest.”

Treumer agrees, saying Cricket 365 is the perfect alternative to spending Australia’s winter months in the UK, as many up-and-coming cricketers have in the past. With good weather and top-class facilities, the NT Cricket head says there’s no reason why the competitions won’t continue growing and rising in standard and calibre of players.

“Certainly, for all these young players around Australia, a lot of them don’t realise that cricket is played in Darwin during the southern winter and playing cricket in UK or throughout Europe is often a rite of passage,” he says.

“The standard of cricket here has certainly risen in a short amount of time, especially in the last decade. You’re able to get out and do all your fitness without indoor centres and go into the sunshine and go for a swim and all the things you need to do.”

Author | Riley Alexander is a second-year Media and Communications (Sports Journalism) student. You can follow him on twitter @Ralexander2002.