Recent media outlets have been accused of using poorly worded headlines, and these headlines are damaging to victim survivors and cause mistruths. 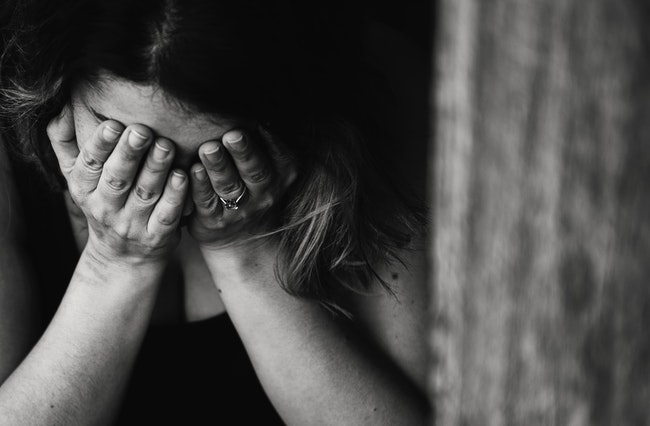 According to statistics, we lose one woman a week to family violence in Australia. If her story breaks the news cycle, many people have complained that the reporting surrounding it is unethical and irresponsible.

When Ellie Price was killed by her ex-boyfriend in May she was deceased for many days before her body was found by the police. She was labelled in the media as “his Melbourne lover”. People flocked to Facebook and Twitter about the reporting with the sentiment that a woman’s worth is far more than the role she played in a man’s life.

Angela Armstrong Director of FamilyCare said she has been encouraged by the “amazing work” corporations are putting in to battling family violence since the Royal Commission recommendations, but there is still work to be done.

“It’s just a hard slog to achieve embedded change both in the media and the way the media reports and how we view family violence and how we make changes in the home,” she told upstart.

Common criticisms are that the media reports on family violence if a compelling story is deemed newsworthy. Organisations like Our Watch and Domestic Violence Victoria set a precedent on how cases should be reported. These organisations set the media with the task of reporting on the subject as truthfully as possible because the impacts of doing the alternative leads to misinformation and is ultimately harmful to victim survivors.

However recent coverage has shown journalists and editors avoiding labelling the issue correctly as family violence and using click-worthy headlines.

Another example of controversy was the death of Hannah Clarke and her three children earlier this year. It saw some news outlets using headlines like ‘mother dies in hospital after car fire kills three children and father’ or ‘ex-NRL player Rowan Baxter dies alongside his three kids, estranged wife in Brisbane car fire tragedy’.

Armstrong said that not only are these headlines problematic, they are “blatant mistruths”.

“It is irrelevant what the perpetrator did as an occupation, whether he had poor mental health or whether he lost his job. They are not contributing factors in terms of their ultimate decision to use violence,” she said.

Further examples show familicides reported as “double stabbing” or “double murder”,  This shifts the blame from the perpetrator and hides the truth of the masculine nature of this form of violence.

“When you look at some of those headlines, they tend to deny any responsibility on the part of the perpetrator. If the perpetrator has died, journalists don’t have to say ‘alleged’, they can say ‘suspected’ or that ‘police believe the person killed’,” she told upstart.

Armstrong said there is an understanding that they are also a business and need click-worthy headlines, but they need to do better.

“We’ve seen some good examples but some equally bad ones. What we need is for the media to have a standard platform with guidelines to operate from to ensure responsible reporting,” she said.

The Victorian Government released the Respect Each Other Call it Out campaign as a way of combatting the high stressor that is the Coronavirus pandemic for vulnerable families in lockdowns.

Additionally on a face to face front, Operation Ribbon was formed at the start of the first lockdown in March for police to respond in person to an expected rise in family violence cases. Armstrong described the operation as a good example of police being actively involved.

“We know from past incidents that a lot of incidents and deaths occur when an active AVO is in place. Operation Ribbon involves the police responding to women reporting AVO breaches in a timely manner,” she said.

In terms of where we need to go from here, Armstrong outlined that we have a lot of funding and support for women and children, but more work can be done on the perpetrators themselves.

“We have to be able to go back in and either do the therapeutic, justice or criminal work. It’s really lifelong,” she said.

Robert explained that we need to be responding at every single level but is not convinced that on an education standpoint we are doing enough.

“The connection between gendered stereotypes about women’s roles and this notion of masculinity that men need to control partners or need to be strong all the time and that violence is a signal of strength needs to change. So, undoing and rewriting some of those gendered norms is part of that primary prevention,” she said.

The Department of Health and Human Services support for women, children and their families continue to operate during the Stage 4 lockdowns in Victoria. Family violence frontline service, including crisis accommodation, police and courts continue to be open during this time.

If you feel unsafe or are concerned for someone’s safety, please call 000 or contact the police in your state or territory.

Article: Sruti is in her final year of her Journalism degree at La Trobe University. You can follow her on Twitter @srutii19

Photo: Adult Alone by Kat Jayne available HERE and used under a Creative Commons Attribution. The image has not been modified.