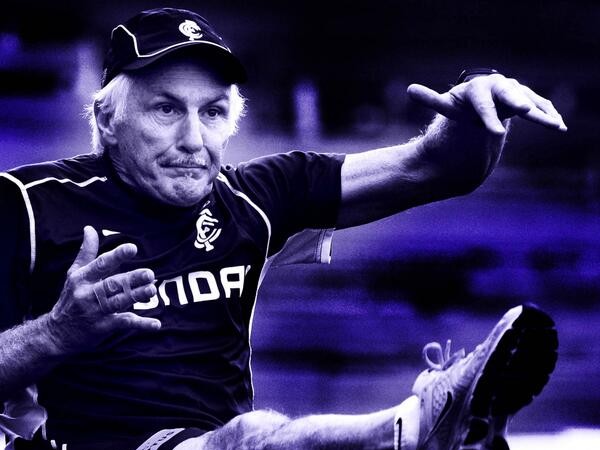 With 672 games of coaching experience under his belt, Mick Malthouse knows more than most about AFL.

The three-time premiership coach shared his thoughts on the game at a conference centre in the city last night, as part of his role at La Trobe as Vice-Chancellor’s Fellow.

But the on-stage conversation with senior La Trobe University lecturer David Lowden – in front of an audience of the university’s alumni – stretched beyond the AFL landscape. 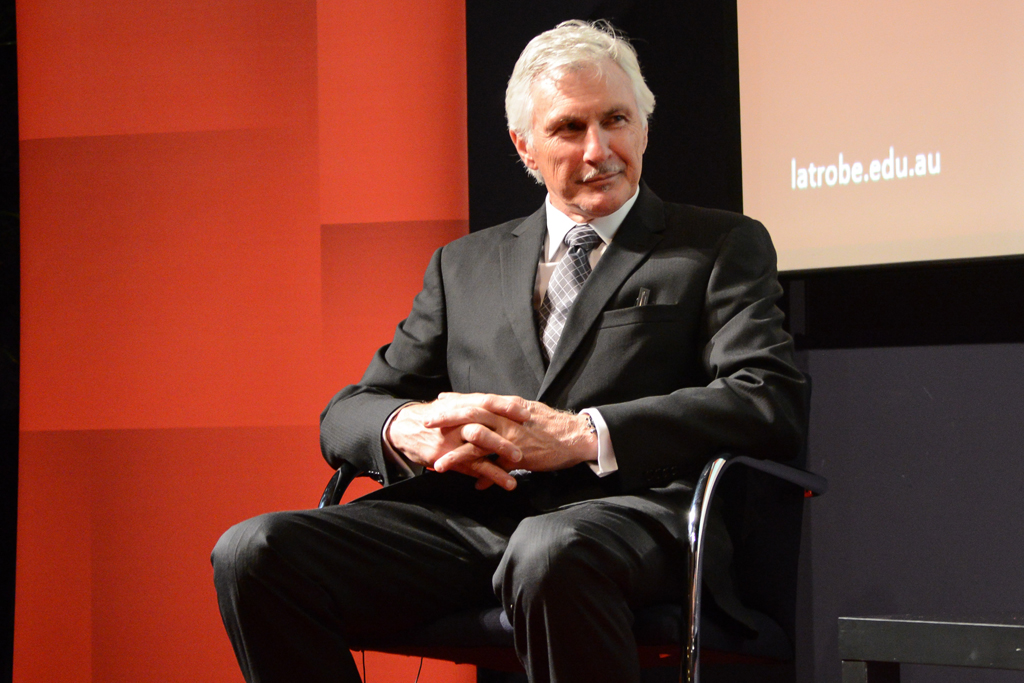 Malthouse discussed his personal life, along with his knowledge of leadership, goal setting and team culture.

Malthouse attributed his longevity in the AFL to his aptitude in managing people. A key component of his coaching attitude involves treating each person differently.

“If I was totally consistent with every player, from a player who’s playing his first (game) to a player in his 350th, I’d get it wrong… Everyone is an individual.”

The Carlton coach believes improving each individual at a football club is the best way to help the team as a collective prosper.

He is very much of the opinion that 90 percent – or more – of AFL is played above the shoulders. For that reason, maintaining morale and positivity amongst his players is integral.

Malthouse outlined a number of ways in which he’s attempted to do this since arriving at Carlton. For one, he has encouraged players’ partners and children to be present in the clubrooms after games – something that wasn’t common before this season.

The Carlton coach took this approach even further last week when three Blues celebrated milestones – Heath Scotland played his 250th game, while Andrew Walker and Marc Murphy both played their 150th. Before the match Malthouse invited their partners to speak briefly about the players’ achievements, so the game would take on some extra meaning aside from a number.

These actions mightn’t sound extremely significant, but as Carlton veteran Chris Judd noted in a recent interview on Before the Game, the little things “add up.”

Judd suggested Malthouse’s greatest strength as a coach is his ability to evaluate problems and identify simple solutions.

This asset is something that extends beyond the coaches box. It struck a chord with Andrew Fildes, a La Trobe University benefactor who attended last night’s event.

“It’s not just about the game of football,” said Fildes. “It’s drawing parallels to where people are in their lives.”

David Lowden, who spoke with Malthouse on stage last night described him as “a thought-leader” and “complex character”, who was often misunderstood by the public due to the way he presents himself to the media.

“If you don’t know Mick very well you could have the wrong idea about who he is as a person, because he can be gruff. He can be rude,” said Lowden. “But that’s all in one very small aspect of his life.”

Last night’s event provided La Trobe alumni with a rare opportunity to hear from the real Mick Malthouse. When the Blues run out against the Lions on Saturday, it will be back to business as usual for one of the AFL’s great coaches.