The notion of ‘choice’ was at the forefront of the Productivity Commission’s draft report into aged care released on 21 January 2011. Minister for Mental Health and Ageing, Mark Butler, has suggested that ‘a lot of older Australians want to be able to consider choices such as having a glass of wine at night’. However, there is little point in giving nursing home residents a glass of wine if there is no-one to help them get to the toilet. 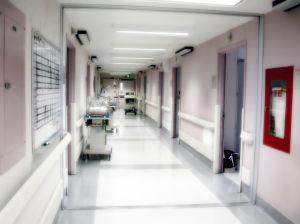 So how many hours a week does it take to care for an aged person? This issue is a matter of some controversy in an ageing Australia. ‘The Productivity Commission has omitted to recommend any minimum hours of care per resident and we think that is a significant oversight,’ said Lee Thomas, the Federal Secretary of the ANF in an interview on 3CR Community Radio recently. Thomas was responding on behalf of the Australian Nursing Federation to the Productivity Commission’s Caring For Older Australians draft report.

The Commission’s task is to come up with a redesigned aged care system which will cater for the projected increase in the number of Australians who will eventually require aged care. At present over one million older Australians utilise aged care services, but in less than 40 years the number is expected to quadruple, due in part to the ageing of the baby boomer generation who made up the huge cohort of 79 million babies who were born between 1946 and 1964.

The draft report recommends an extensive overhaul of the aged care sector and new funding arrangements to cope with the spiralling costs of care. Chairman of the commission, Mike Woods, favours shifting the cost burden to wealthy older Australians through a new co-contribution scheme and giving those in need the freedom to choose their own form of care. Other key recommendations include ‘a “simplified” gateway’, designed to make navigation of the complex aged care system easier.

Many aged-care advocates welcome the release of the commissions’ findings, however the draft has drawn criticism – especially from those who do the caring, such as aged care nurses. According to the Australian Nursing Foundation, the draft report ignores the important issues of quality of care and workplace conditions. With many more people requiring care, the ANF is calling for additional staff, along with a better skill mix. Patients in nursing homes are sicker now; they often have feeding tubes, urinary catheters and complex conditions that require specialised nursing care. ‘We are all living a lot longer these days; medical technology, even in the time that I have been a nurse, has increased significantly and that’s going to continue,’ said Federal Secretary Lee Thomas.

Our lifetimes have seen great advances in medical technology. Vast industries have been built around our dependence as health consumers. For example, the lucrative pacemaker industry is part of the huge US medical supplies and devices industry that includes 12,000 companies with a combined annual revenue of about $US50 billion. Modern medicine is increasingly obsessed with technology intended to extend a person’s quantity and quality of life. More than one million persons in the United States have implantable pacemakers, and the majority of this population is older than 65 years. In 2005, a survey revealed that the total new pacemakers implanted in Australia was 11,850, up from 9,498 in 2001. As a consequence, a resident of a nursing home may be demented and possibly wearing nappies, but a high-tech pacemaker implanted in her chest keeps her heart beating and her blood flowing through her veins.

But the important issue of medical technology and its possible abuse, and the subject of caring for the elderly, is largely neglected by the mainstream media, which focuses in the main on the costs of funding the projected increase in need. ‘The most important recommendation is to drive the system to a consumer-directed process,’ asserted Commissioner on the Productivity Commission, Robert Fitzgerald, who was speaking on Australia Talks. Fitzgerald told the audience that reform was now essential, especially in the areas of consumer empowerment and different funding arrangements.

The Productivity Commission’s draft report also promotes the issue of consumer choice, with the aforementioned Mark Butler suggesting that ‘a lot of older Australians want to be able to consider choices about having a glass of wine at night, or a different range of bed arrangements, ensuites.’ However, choice in the form of a wine at night and a private toilet and shower won’t really matter much when you are in the last days of life and possibly demented and incontinent.  Frail elderly nursing home residents are not average consumers who can pick and choose. Rather, they are faced with a crude existence governed by rigid schedules where one’s day often begins with being rudely awoken, rapidly washed and dressed, and left to spend a boring and lonely day in front of a TV set.

The release of the Productivity Commission’s draft report has failed to bring about a much-needed public discussion about the overuse of medical technology that is resulting in larger numbers of people needing care at the end of their lives. An informed debate is also needed on the subject of caring for the aged, who are frequently sicker and often require more assistance. Numbers of trained caring staff to provide this level of care must be provided. The glass of wine or private bathroom would be merely a bonus.