After over half a century in the media, recently retired sports journalist Ron Reed looks back on his long career, speaking to Tim Howe 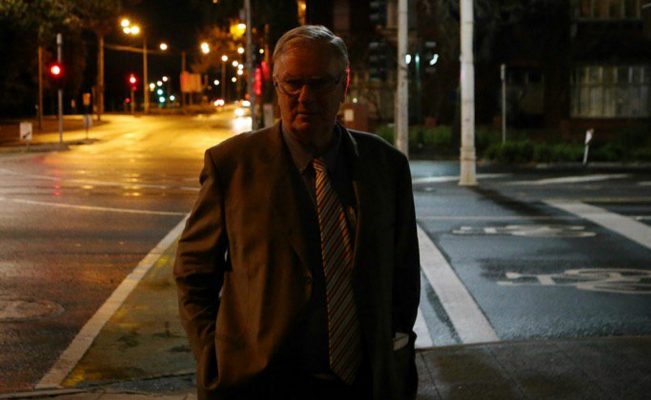 After 50 years of furious scribbling and note-taking, Ron Reed is finally done.

“I’ve enjoyed it, it’s been a great life,” Reed says, as I sit down with him in his comfortable home. His dog, Atticus, bounds around, looking for affection. Reed has spent over 50 years in the journalism industry, of which 48 have been at the Herald Sun, working as a sports writer and columnist.

As a passionate sports fan, he’s had many highlights along the way.

“The Olympics, the Commonwealth Games, Wimbledon, you name it, I’ve done them all several times over,” Reed says.

“I covered Wimbledon in 1987 when Pat Cash won – he was the first Australian to win for about 20 years – and he was a Melbourne boy, so that was huge.”

However, it all could have been quite different for Reed. Growing up, a career in journalism wasn’t always his ambition.

“A teacher pretty much suggested it, just as an option. A job came up… as a proof-reader, which would lead to a cadetship. I left school early to go and do that,” Reed says.

After a few months, somebody left and Reed got the cadetship.

That pathway led him on to an extensive career, in which he edited the old Sporting Globe and was twice sports editor at The Herald.

More recently, he won Sportswriter of the Year in 1998, and in 2014 received a lifetime achievement award from the Australian Sports Commission.

“When I retired I got a couple of hundred messages from people who were all complimentary. All you can think of is being able to give a bit of pleasure to people… that’s very positive and it’s gratifying,” Reed says.

Along the way, he’s rubbed shoulders with many famous names – both sporting and otherwise.

“One day in South Africa Bob Hawke was over there… I was there on a cricket tour, and he grabbed me and three or four other Australian cricket writers that were there and said ‘I’ve got a meeting with Nelson Mandela in his office in Johannesburg, do you want to come along and meet him?’. So we had half an hour in Mandela’s office talking cricket with him, it was a terrific experience,” Reed says.

Reed had the privilege of covering nine Olympics, beginning with Los Angeles in 1984 and ending at Rio in 2016. He’s always been a strong supporter of the Games, an opinion that he’s often voiced in his columns.

“The first Australian gold medal I saw was Glynis Nunn, who won the heptathlon. She got her gold medal just as dusk was falling, and she was up on the dais, tears coming down, and she’s holding a toy kangaroo. We were just sitting there in the press seats, there was a bunch of really black guys, Africans, sitting in front, and they stood up… turned around, shook our hands and said congratulations as if we’d won the gold medal. It just occurred to me then that it kind of represented how the Olympics bring people together,” Reed says.

“There’s a lot that’s not all that flash about the Olympics – politics and drugs and so on – but I think it does much more good than it does bad. To go to it, you do get the sense of nations coming together, so it is a force for peace and harmony.”

Reed had one particularly alarming moment, which he remembers clearly.

“The Cricket World Cup in 1996 was pretty big for me because I had to go to Colombo. I’d been there about three days and a couple of suicide bombers blew up the national bank, just down the road from where my hotel was. I was on the phone to the cricket board within a half-hour of that happening, telling them I don’t think you should come. They didn’t, and that caused a hell of an uproar.”

“There was a Test match is Brisbane and I’d written something fairly harmless that he (Warne) didn’t like. So we get there (to training) and he comes out of the dressing room, and this obviously isn’t going to be terribly friendly, so the media manager opened the door to the umpire’s rooms, pushed us both in there and said ‘knock on the door when you’ve sorted this out and I’ll let you out again’. So we exchanged fairly frank views for twenty minutes,” Reed recalls.

Cadel Evans was another who Reid had a few problems with.

“He too thought that the media had no real right to put him under scrutiny or criticise him if he wasn’t riding quite as well… we had our differences there,” Reed says.

Of course, journalism has changed significantly in 50 years. Looking back, Reed reflects that there have been some drastic changes since he began.

“The main thing is that it’s moved from just being note-taking and print journalism into the Internet age, where journalists don’t just write for newspapers or go on radio, there’s all sorts of platforms. Phones, iPads, websites, it’s just so much more all-encompassing now,” Reed says.

And for aspiring sport journalists, Reed offers one simple piece of advice, which he credits for some of his biggest stories.

“Turn up. Don’t sit in the office waiting for the phone to ring, you’ve got to go places,” he says. “If you don’t go, you don’t meet people, you don’t hear what’s going on. Just get to the sport and watch it.”

Tim Howe is a first-year student in the Bachelor of Media and Communication (Journalism) at La Trobe University. You can follow him on Twitter: @timhowe97