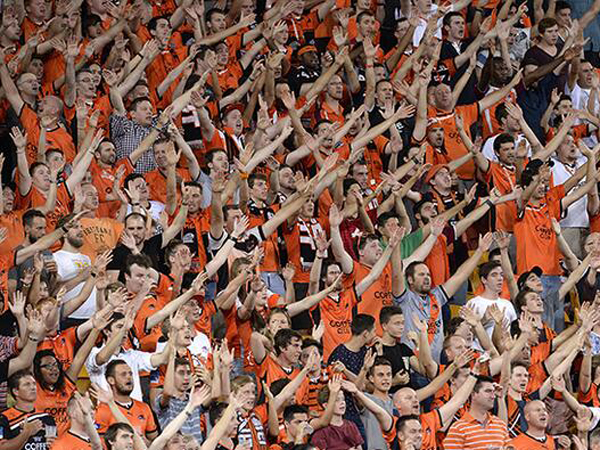 But the most recent weekend of fixtures and the upcoming finals series highlights its most prevalent flaws.

Four teams were able to finish as high as second on the table entering the league’s final round, starting last Friday, with a further two fighting to be the sixth and final playoff side.

This highlights the even nature of the competition perfectly, but it also cries out for having a final round played out simultaneously.

The obvious logistical issue with this proposal is the time-zone factor, with games potentially held in locations separated by four hours (Perth-Wellington) and as such, is a limiting factor scheduling wise.

But the simple counter argument is Perth will always have to play away on the last day of the season and, for the benefit of the competition, it is a sacrifice that should be easy to accept by the Glory hierarchy.

The English Premier League, along with the majority of other major domestic leagues, hold simultaneous final rounds, while FIFA holds the final round of individual group stage fixtures of its World Cup at the same time.

The Premier League introduced a simultaneous final round in 1996; such is the potential for multiple games to be of such magnitude. This is the best way to conduct the fixtures fairly, even if it does create a headache for broadcast rights holders.

The next issue of business for the FFA should be a re-work of the finals series.

The ‘sudden-death’ format, as it has been coined, is brilliant for neutral fans, nail biting for the supporters of either side and great for television.

For football, and for truly finding the best side in the competition, it is below par.

Currently, the top-two sides in the regular season enjoy a week off in the opening finals round, while the four sides below play a knock-out fixture to advance to a preliminary final against the top-two, before a one-off grand final.

The top sides in the competition deserve the extended finals series that was installed in the the A-League’s earlier seasons. While that format wasn’t perfect, the sudden death format now represents a backwards step.

The FFA’s reason for this sudden death re-work was to make finals football more watchable. It may have done that, but a two-legged tie to determine the outstanding sides before a one-off grand final should be a more attractive proposal for competing clubs.

While the two-legged format’s downfall is the very real chance for a tie to be all-but-over following one leg, therefore creating a costly venture in screening the second leg to a lower audience, it enables supporters of the top-six clubs a chance at creating a home final type atmosphere. Something which is surely warranted by 27 previous weeks of loyal support.

If the length of the finals series is an issue with the top-six now qualifying for finals football (it was previously four), a two-legged tie can, allowing adequate rest for competing sides, be played within three or four days, as evidenced by the English Football League playoff ties.

This would leave ample time for a further two-legged preliminary final preceding the grand final.

The FFA could do with watching footage of UEFA Champions League ties in years past. The fans will continue to make this league what it is, but it’s time to reward their loyalty with home finals for all.

Luke Sale is a third-year Bachelor of Journalism (Sport) student at La Trobe University, and a staff writer for upstart. Follow his Twitter feed: @lukesale1.