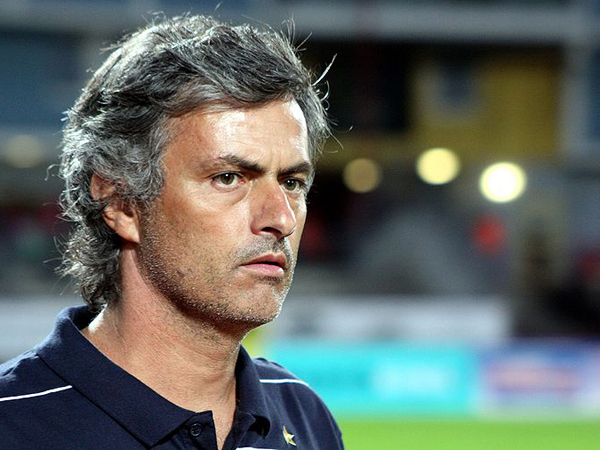 The Premier League’s worst kept secret has been revealed, as Jose Mourinho was announced as Chelsea’s new manager after weeks of speculation.

Chelsea’s Chief Executive Ron Gourlay released a statement on the club’s website saying he was thrilled with the appointment.

“It is our aim to keep the club moving forward to achieve greater success in the future and Jose is our number one choice as we believe he is the right manager to do just that,” said Gourlay.

“He was and remains a hugely popular figure at the club and everyone here looks forward to working with him again.”

Chelsea Football Club is delighted to announce the appointment of Jose Mourinho as our new first team manager… bit.ly/13zF1nU #CFC

The self-styled ‘Special One’ left Real Madrid after their 4-2 win over Osasuna in La Liga on the weekend, with Real Madrid fans both cheering and jeering the outgoing manager.

This polarisation has been typical of Mourinho’s career. The colour, charisma, and controversy the man generates makes Mourinho one of the most animated characters in world football.

Mourinho’s first stint at Stamford Bridge was highly successful. Having been signed after lifting the UEFA Champions League with FC Porto in 2004, Mourinho set about turning Chelsea into the force that it is today.

In his first year in charge of the London club, Chelsea won the Carling Cup, before going on to claim their first league title in 50 years. This was done with incredible style, scoring a record 95 points in a season.

Chelsea backed up their success the year after, claiming the Community Shield and another Premier League title. The 2006/07 season was also a successful one, with Mourinho seeing his team lift the Carling Cup once more, and then the FA Cup shortly after.

Mourinho left Chelsea after it was believed that he and owner Roman Abramovich didn’t see eye-to-eye and a rift had caused their relationship to disintegrate. However it would appear that time heals all wounds, with Mourinho signing a four-year deal.

Since leaving Chelsea in 2007, Mourinho continued on his trophy winning ways after signing with Inter Milan. In the 2008/09 season he won the Italian Super Cup, whilst helping secure Inter’s fourth consecutive Scudetto title. His next season in charge was even more fruitful, as Inter completed the Treble (the first Italian team to do so), winning the Coppa Italia, Serie A, and the Champions League in 2010.

Only days after winning the Champions League, Mourinho signed a four-year deal with Spanish giants Real Madrid. In 2011, Mourinho defeated archrivals Barcelona in the Copa Del Ray final, bringing Real its first piece of silverware in three years. He also masterminded Real Madrid’s record-breaking La Liga season in 2012, where they finished with more points (100), most goals (121), and best goal difference (+89) out of every team in Europe’s top leagues.

However things took a turn for the worse this season. Mourinho called the 2012/13 season the worst of his career, as Real Madrid lost the Copa Del Ray final to cross-town rivals Atletico Madrid. Mourinho was sent to the stands in that match after getting into a heated argument with the referee.

It was this loss that paved the way for his return to Chelsea.

After the game, Mourinho spoke of his desire to return to his West London office just off Fulham Broadway.

Mourinho will be comforted by the fact that a large number of familiar faces are still on the books at Chelsea. Frank Lampard, John Terry, Ashley Cole, Petr Cech, and John Obi Mikel have all played under Mourinho in his previous tenure at the club, and should be well accustomed to his coaching. Chelsea are also able to recall Michael Essien from Real Madrid should they wish, further bolstering Mourinho’s playing stocks.

He replaces Rafael Benitez at Chelsea’s helm, after the Spaniard ended his short-but-sweet stay at the club by winning the Europa League last month.

Mourinho seems to breed success wherever he goes, so it would seem it’s only a matter of time before his next Chelsea title.

Blue’s fans will be hoping it’s the Champions League, the one trophy that the Special One failed to claim with the club last time.

Paddy Naughtin is a third-year Bachelor of Journalism student at La Trobe University, and a current member of the upstart team. He is also an avid Chelsea supporter. You can follow him on Twitter here @PaddyNaughtin.