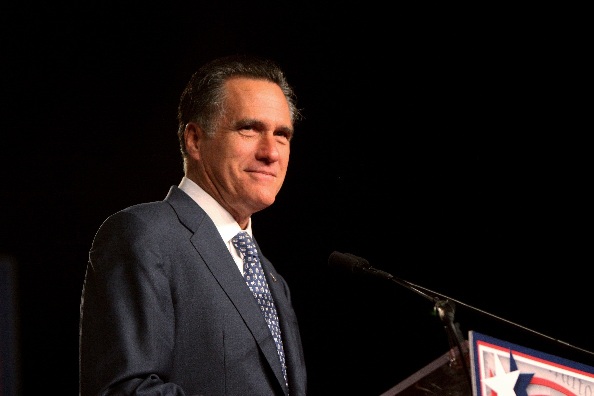 As the US election grows closer, Mitt Romney is all but assured the Republican nomination. But while Romney has run on his business credentials throughout the campaign, his refusal to release copies of more than a year of his tax returns looks certain to undermine his claims that he can fix the struggling American economy, as well as any common ground he shares with the average American.

The former Massachusetts governor was a co-founder of private-equity firm, Bain Capital, from which Romney has made millions of dollars since its establishment in 1984. Bain essentially invests in start-up companies and buys struggling companies and attempts to fix them, at least insofar as to turn a profit.

Regardless of Romney’s dealings with Bain, there’s no escaping the fact that he is one of the richest presidential candidates in US history, worth more than 200 million dollars. Unsurprisingly, critics and potential supporters alike have been eager to scrutinise his tax returns in order to assess his viability as a serious candidate.

There is growing pressure not only from Republican politicians around the country, such as former running-mates Ron Paul and Rick Perry, but also from political analysts and conservative commentators.

‘He should release the tax returns tomorrow. It’s crazy. You’ve got to release six, eight, 10 years of back tax returns. Take the hit for a day or two,’ argued conservative commentator, Bill Kristol, on a recent Fox News program.

Obviously Romney and his staff have come to the conclusion that the fallout from releasing his tax returns would be more significant than a mere few days of political vulnerability. This of course begs the question: what could he be hiding that is so potentially damaging?

It is already known that Romney has money in offshore tax-havens such as Switzerland, Bermuda, and the Cayman Islands. As former Republican hopeful, Newt Gingrich, claimed earlier in the year, ‘I don’t know of any American president who has had a Swiss bank account’.

In a recent interview with ABC News in the US, he stated that he would need to ‘go back and check’ if he had ever paid less than the 13.9% tax rate of his single released tax return. In 2007 the average US effective income tax was 20.4% according to Think Progress.

If Romney’s financial manoeuvring has allowed him to pay a significantly lower tax rate than middle-class Americans, it will only serve to strengthen Obama’s characterisation of the Republican Governor as ‘privileged’ and ‘out of touch’ with the nation.

With the media pouncing on quotes such as ‘I have some friends who are NASCAR team owners’, and that his wife has ‘a couple of Cadillacs’, Romney continues to unwittingly isolate himself from the middle-class independent voters he hopes to win over this November.

The release of his tax returns may be his undoing, but a recent New York Times/CBS News poll shows that 49% of Americans believe he would do a better job running the US economy, compared to 41% for Obama. Figures on taxes and the US budget deficit are even worse for Obama.

While Romney’s tax problem is unlikely to disappear, he may be able to overcome his secrecy by stressing his financial success with Bain, and maintaining blame for the sluggish US economy on the current president. Economic factors are critical in any election, so if voters believe Romney can increase growth, they may just be willing to overlook his murky financial past and his all-too-apparent life of luxury.