101 years since the last Anzacs evacuated from Gallipoli, Deniz Uzgun writes that the Turkish perspective of the conflict is still left largely untold. 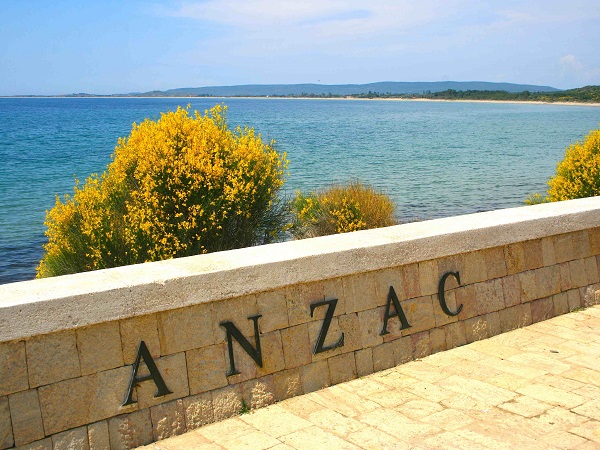 Every year on the 25th of April, bright red poppies adorn coats and army slouch hats, flags fly low at half-mast and Australians from all over the world stand for a minute of silence to commemorate fallen soldiers.

Marking the anniversary of the first campaign that led to major casualties for Australian and New Zealand forces during the First World War, Anzac Day in Australia has become a sacred time of reflection and remembrance.

However, in the fatal, prolonged battle of Gallipoli which led to deaths of more than 8,000 Anzacs and 70,000 Turkish soldiers, what is often omitted in the understanding and commemoration of Anzac Day is the Turkish perspective.

Part of the reason for this is because unlike Australia, Turkey’s abundant history is filled with arduous battles and wars.

Producer of SBS Radio’s Turkish program, İsmail Kayhan, says Turkey’s battle filled history has led to the Gallipoli campaign to often become overlooked and neglected in the rhetoric of Anzac Day, even in Turkey.

“As opposed to the emphasis placed on Anzac Day in Australia, most Turks in Turkey only began to discover Anzac Day in the 1990s,” Kayhan tells upstart.

“The first Turkish novel centred around the Gallipoli campaign was written in 1986.”

Kayhan says the one thing Turks would profoundly agree with is their admiration towards the importance and sacredness Australians place on the Gallipoli campaign, a campaign in which they actually suffered heavy defeat.

Journalism lecturer at La Trobe University, Erdem Koç, says his project A Hidden Legacy – which explores the Turkish perspective of the Battle of Gallipoli – taught him that Turks in Turkey failed to understand why Anzac Day is still so relevant for Australians today.

“A lot of the locals would say to me in an era, in a society in which we have internet access at our fingertips where young people can research so easily and find out information very quickly, why is it that they keep coming back to Gallipoli,” Koç tells upstart.

“It is so interesting to see from the locals this bewilderment that comes with seeing tens of thousands of people flock to their shores every year.

“And they just sort of think, why? I mean, they invaded us 100 hundreds years ago, why are they continually doing that year after year?”

Still, for Turks the Gallipoli campaign is far from insignificant.

The campaign was one of the greatest Ottoman victories during the First World War and in Turkey it is regarded as a defining moment in the nation’s history.

The struggle formed the basis for the greater Turkish War of Independence which ended in 1922, and the declaration of the Republic of Turkey in 1923, under the guidance of Mustafa Kemal Ataturk, who first rose to prominence as a commander at Gallipoli.

In that sense, Erdem Koç says the significance of the Gallipoli campaign for Turkey’s national identity mirrors that of Australia’s.

“For Australians, it was the first time we thought of ourselves as a collective nation, rather than as imperialist subjects,” Koç says.

“It was the same in Turkey. It was the first time that Turks, through the Gallipoli battles, actually started to think of themselves as a nation rather than an empire.”

Speaking to a wide cross section of members from the Turkish Australian community, Koç says the lack of a holistic approach to the Anzac story has led to a skewed understanding today.

“What then happens is that it leads to ridiculous notions like the Anzacs sacrificed themselves in the name of freedom or they protected Australia over in Turkey,” Koç says.

“Which is nonsense and Turkish Australians realise this. That is not what happened at all and that is a story that has long been told.”

For Turkish Australians, Anzac Day is an intriguing experience of straddling both identities.

“One of the participants in my study actually said it is almost like two sides of the family are at war,” says Koç.

Young Turkish Australian journalist at the Star Weekly, Sumeyya Ilanbey, says Anzac Day for her is a reflection of her traditional and adoptive past – a day where she can express gratitude and feel mourning at the same time.

“Am I Turkish mourning my Turkish great-grandfathers who were killed and wounded in Gallipoli? Or am I Australian thanking those before me who served in wars for a life [their service] led to?”

But as I grew up, I realised and accepted I don’t have to be either, or – I can be both Turkish and Australian,” she says.

“Now, Anzac Day is a time where Turkish Australians reflect and commemorate, and appreciate the friendship that has been forged out of a deadly battle.”

For Turks in Australia, the legend of the Anzac story has been absorbed into the legacy left behind by Ataturk, who in 1934 uttered the historic and meaningful words in remembrance of those who fought in Gallipoli:

“Those heroes that shed their blood and lost their lives… You are now lying in the soil of a friendly country. Therefore rest in peace. There is no difference between the Johnnies and the Mehmets to us where they lie side by side in this country of ours. You, the mothers, who sent their sons from faraway countries, wipe away your tears; your sons are now lying in our bosom and are in peace. After having lost their lives on this land they have become our sons as well.”

Koç says for Turkish Australians, Ataturk’s touching words are always referred to as the moment in time that the friendship between both nations were forged.

“Turkish Australians really refer to that as well this is the point at which my two identities come together.

“They’re quite happy to embrace both identities and when you pick at that a little bit more and try and delve deeper as to why that’s the case, somewhere in that conversation, that speech comes up,” he says.

“They ask well Ataturk did that in 1934 and said your children are our children and we are one. So why can’t I do that in the 21st century?”