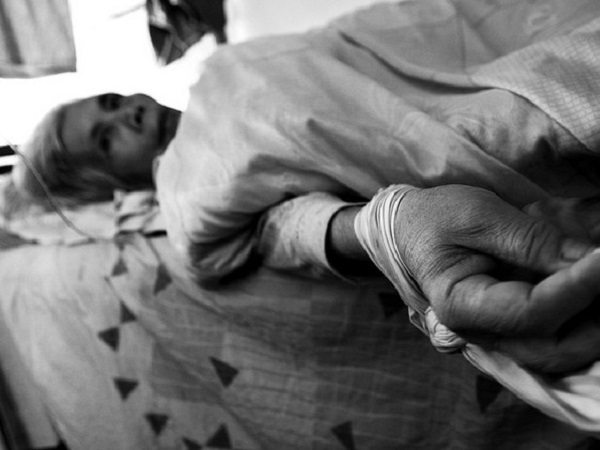 In Australia, every person has the right to life. But, an increasing number of doctors and the public believe that we should have the right to death too.

Recently, Greens MLC Cate Faehrmann introduced the Rights of the Terminally Ill Bill in NSW, which would let terminally ill people, who still possess their decision-making capacity, to request assistance to die.

The bill was defeated 23 votes to 13, however, this result does indicate that the issue is stirring interest amongst Australian society, and that voluntary euthanasia may one day become legalised.

Despite failed attempts to pass similar bills in states around Australia, support for voluntary euthanasia is increasing.

The Australia Institute conducted an online survey  last November of more than 1,400 people, revealing more than 70 per cent believe active euthanasia should be allowed.

While there still remain many individuals and lobby groups opposed to the idea, it must be asked: if active euthanasia is illegal, why is passive euthanasia okay?

According to the Australian Medical Students Journal (AMSJ), “passive euthanasia” is used to describe the deliberate withholding or withdrawal of life-prolonging medical treatment resulting in the patient’s death. While the term itself is disputed, the practise of it is relatively uncontroversial.

A spokesperson for Doctors for Voluntary Euthanasia  – a national lobbying body – tells upstart: “Non-active euthanasia – I don’t really understand that. If you withdraw treatment the patient will die, I don’t call that euthanasia. Think about what the word euthanasia means, it means ‘peaceful death’. Does withdrawing food and drink from someone sound to you like a peaceful death?”

But, what is the difference?

“If you simply don’t feed your patient, don’t give them any drink or you don’t treat their pneumonia and they have consented to that, that’s the consensual – if you like – passive euthanasia.”

According to Doctors for Voluntary Euthanasia, up to five per cent of dying patients in palliative care experience persistent problems that cannot be relieved by palliative care. While some of these people suffer and meet an early death via passive euthanasia, many doctors ask why we don’t we have active euthanasia to alleviate their suffering.

One of the main reasons holding the government back is regulation. In countries like the Netherlands euthanasia has proven difficult to regulate, raising concerns over the safety of patients involved.

Many individuals in the Netherlands have begun to include euthanasia in their wills, and carry cards indicating whether or not they would want to be euthanised. Cameron fears the role that motivation could play.

“Society has to protect the vulnerable; it’s exactly the same responsibility of government – to protect human life. And by passing euthanasia legislation you put so many people at risk because motivation comes into it – we know that money speaks all languages and people fight over wills and things like that,” she says.

Author of Forced Exit: The Slippery Slope from Assisted Suicide to Legalized Murder, Wesley J. Smith has done extensive research in the area, showing that maybe this is one of those rare situations where our politicians are right.

“In one year in the Netherlands, 8,100 died when doctors deliberately gave them an overdose of pain medication to kill them (for which 4,941 patients didn’t consent).”

It’s understandable that a family finds it difficult to watch a loved one forget who they are, or that an individual experiencing incurable pain from a terminal illness might want to end their own suffering and the suffering of their family.

But, just as people want the right to end their life, the difficulty of regulating euthanasia can also take away the right to live from people who are happy to die naturally.

Tahlia McPherson is a third-year Bachelor of Journalism student at the La Trobe University and is one of upstart’s staff writers. You can follow her on Twitter@TahliaMcPherson