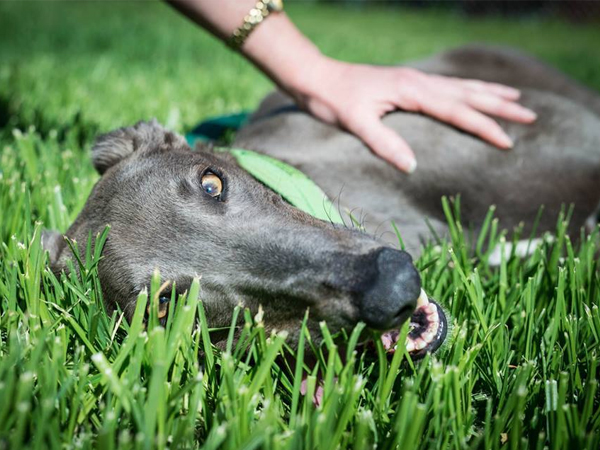 In a mere 46 minutes, Four Corners’ Making a Killing portrayed greyhounds as a vicious, bloodthirsty breed. This is a stigma that is both unwarranted and untrue.

The episode emerged surreptitiously on 16 February and, whilst proving illegal live baiting still occurs on training racetracks around Australia, it is the greyhounds that are paying the price.

RSPCA Victoria says there has been an influx of the breed into shelters since the episode that Four Corners host Kerry O’Brien described as “the dark underbelly of dog racing” aired.

The depiction of the dogs has seriously hindered a 17-year project for retired greyhounds by the Greyhound Adoption Program (GAP). The GAP’s Larissa Darragh told upstart that a considerable number of prospective adopters are failing to go through with their applications following the episode on ABC.

Animal cruelty is never okay. Rabbits, piglets and possums have been used in the live baiting scandal, as uncovered by Animal Liberation Queensland. However, authorities seem to be overlooking the mistreatment of greyhounds once they are retired from the multi-million dollar industry of racing, resulting in negligence in regards to the dogs’ welfare.

Lyn White is an ex-policewoman turned private investigator against animal cruelty. She is the Campaign Director for Animals Australia and assisted in unveiling the barbaric nature of live bait training in Queensland late last year.

“The difference between our species and other species is meant to be our ability to make moral considerations,” she says on the Animals Australia website.

A large majority of greyhounds available for adoption are categorised as not being “cat-friendly” – a growing deterrent for potential dog owners. Greyhounds were traditionally bred for hunting, and are now trained for a purpose: chasing the fluffy-coated and high-pitched squeal of the rabbit imitator on the track to win their trainers and owners thousands of dollars.

When a greyhound’s career comes to a halt, they are either retired or destroyed.

According to Animals Australia, 18,000 healthy greyhounds are euthanised each year in Australia because they are not up to scratch in the racing industry. An appalling 90 per cent of dogs bred into the greyhound-racing realm will never reach maturity, living to be between 5-6 years of age rather than 12-14 years.

“They shoot them or hammer them or throw them off bridges. I knew one particular person who would hang them,” Dr Humphries said.

Those that escape culling are then considered for adoption.

A total of 5,000 retired greyhounds have been rehomed thanks to the GAP initiative in accordance with Greyhound Racing Victoria (GRV). Dogs that are lucky enough to receive a second chance at life must pass through temperament testing, receiving a special GAP green collar and thus not needing to be muzzled in public.

Before spending crucial kennel-to-home time with volunteer foster carers, the dogs are microchipped, desexed, wormed and vaccinated. Racing greyhounds are generally not considered companion animals, nor are they treated like them. But they certainly should be.

Adopted greyhounds from the GAP have outgrown their puppy antics and have undergone training. The myth surrounding their boisterous mannerisms is just that – a myth.

Greyhounds are one of the most laid-back dog breeds, according to Veterinarian Dr Chantelle McGowan in an interview with The New Daily. Dr McGowan labelled them as “very, very chilled dogs”.

Greyhounds are bred for sprinting; they are not endurance runners. Their low levels of energy allow for quite a lazy house pet. “They are perfect for apartments, actually,” Dr McGowan said.

Rick Durham of GRV says awareness is important with such a misunderstood breed.

“People need to know how beautiful these dogs are,” he says.

What these dogs need is a loving family in a home void of racetrack stimuli, and the GAP and other adoption organisations give the ex-racers just that. They soon learn to live without racing and are not available for adoption if they pose any sort of threat to society.

“The dogs are their own best advertisement,” says the GAP’s Larissa Darragh.

These dogs are not killing machines. They are, quite simply, a man’s best friend.

The Greyhound Adoption Program are holding an adoption day on Saturday 14 March at the Sandown Greyhound Racing Club in Springvale.

Stephanie Atkins moved from a small town in country Victoria to pursue a Bachelor of Journalism degree at La Trobe University. She is currently in her final year and has aspirations to become a television news reporter. You can follow her on Twitter: @_steph_atkins_.

Photo by The Greyhound Adoption Program.