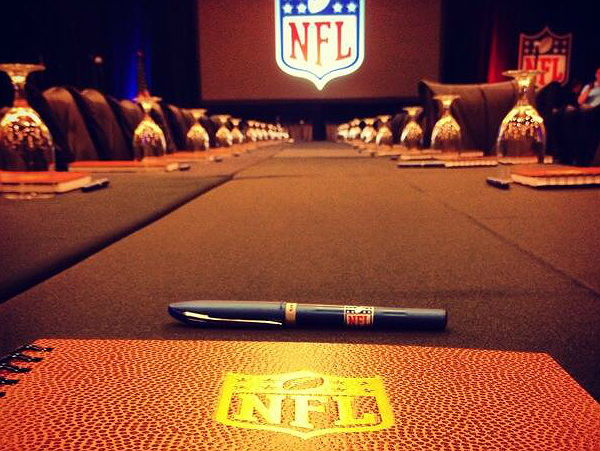 As an overly idealistic 19-year-old, while taking breaks from pouring pints in the affluent Oxfordshire countryside, I read Karl Marx’s ode to socialism, The Communist Manifesto.

With all the talk of equalisation across the AFL landscape in recent times, it’s easy to imagine Andrew Demetriou flicking the pages of the same book. In fact, when he boards a JFK bound flight with Eddie McGuire, Andrew Newbold and four other club chiefs, he’ll likely make it a required reading during the long-haul flight for each of the football power brokers.

Gillon McLachlan says club CEOs are yet to agree on equalisation. They meet tomorrow to discuss the game's big issues http://t.co/oCmn536dG1

Putting aside the image of a weary Ed resting his head on Brendon Gale’s broad yellow and black shoulder, the AFL’s belief that the NFL model can cure what ails our Indigenous code is deeply flawed.

In the time it will take the AFL contingent to see off a few Samuel Adams with New England Patriots supremo Bob Kraft, the notion of equality being abundant in the NFL should be put to rest.

Make no mistake; the NFL shares with the AFL the reliance of a Bourgeois society; an upper echelon of clubs responsible for, and in possession of, a disproportionate level of wealth and subsequent success.

The most overt measure of equalisation is on-field success, and the way it’s spread across the league. Of the 47 Super Bowl’s, 30 have been won by seven sides – Pittsburgh, Dallas, San Francisco, Green Bay, New York Giants, Washington and New England.

The modern NFL has gone from 26 teams in 1970, to 32 currently; meaning a minority has enjoyed the majority of success.

The ruling party is hardly trembling at the thought of revolution.

Yet, as aforementioned, the rational behind the press junket business-trip about to be embarked upon by the AFL’s heavyweights is born out of financial motives.

While NFL teams are not required to disclose financial statements, Carolina’s was obtained by Deadspin earlier this year, and detailed how the club generated more than $100 million in profits for the years ending March 31, 2011, and March 31, 2012.

North Melbourne, a club of similar comparative stature with Carolina, made just over $1 million last year.

The disparity between the two figures is indicative of the problem with the AFL’s logic.

The further into the books you dig in each respective code, the presentation of the NFL as an equalised utopia with matching bank accounts is laughable.

Speaking on the AFL’s plans earlier this season, deputy chief Gillon McLachlan spoke of the importance the league is placing on creating an equal playing field.

“Equalisation is a huge strategic and philosophical plank of where we’ve been and where we’ll go in the future and the point about these big American sports is that all have strengthened their equalisation in recent years and all are more equal than we are,” McLachlan said.

The AFL can make all the statements it wants about the equality of American sports, but it simply isn’t the case.

The NFL especially is not becoming more equal, it’s becoming more profitable. As a result, not only does the bourgeoisie have more, so does the proletariat.

Prosperity shouldn’t be confused for equality.

However, that’s what the AFL is doing.

Instead of slipping a copy of The Communist Manifesto into carry-on luggage, perhaps a lesson in economies of scale would be better suited.

Equalisation need not be the goal, affluence should be.

A larger, more prosperous league yields increased coffers at each club. Rather than striving to level out the competition, the goal for each franchise should be to achieve ever-increasing profits.

The collective is what matters; but that doesn’t mean each piece of the overall puzzle need be the same size.

Clubs of the AFL, unite!