The solution may result in the 2022 VFL season being cancelled. 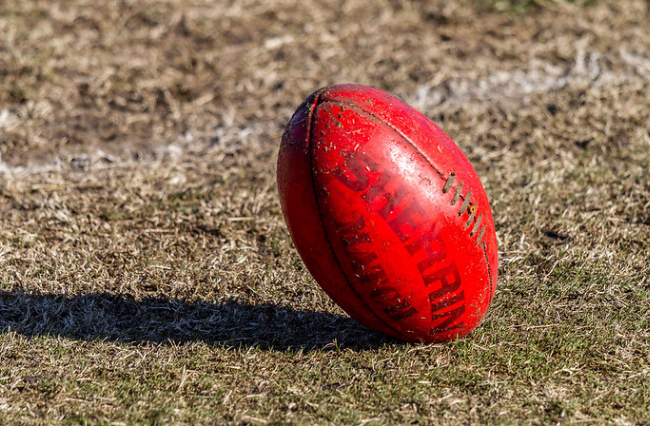 As a kid growing up in the country Victorian town of Bendigo, Lachie Tardrew had always dreamt of playing AFL football. The now-24-year-old has given it his best shot, too.

After dominating local football for Sandhurst, Tardrew was picked up by Collingwood’s VFL team in 2016 and last year became a co-captain before winning the club’s best and fairest award at the end of the season.

Tardrew is so close he can almost taste the AFL dream. And while 2022 will throw up some challenging dilemmas, this unique season may help him realise his dream.

COVID-19 can almost feel like a forgotten part of our lives, with Australians back to travelling, eating at restaurants and filling stadiums again. However, for those in elite sports, it is still a problem at the forefront of their minds.

This is partly due to the fact that the AFL have made the decision that they will not postpone any matches this season, meaning that if COVID were to infiltrate a club’s playing list, the team would still be required to play.

This means the AFL is posed with a difficult challenge, as it wants to keep clubs COVID-free, while also allowing the players to live in similar circumstances to the rest of the Australian public in each state.

As a result, the AFL announced a contingency plan so that clubs are equipped to deal with any outbreak, by announcing a list of 20 allocated players for each team who can be called upon if required. These players will be selected from the various state leagues in Australia, with most teams choosing players from the state league where the club is based.

From the standpoint of one of those state league players who is not on an AFL list, Tardrew is favourable to the idea.

He believes that while the quick adjustment to the AFL’s higher standard of football would be difficult, he is confident he could hit the ground running.

“A lot of the AFL and the state league clubs play the same way and from my perspective with Collingwood I just train with [AFL players] anyway, so I know the group and I know the game style,” he says.

“Obviously every dream for a kid is to get drafted and go through all that process, but I think for a lot of the state league boys just to get a chance to play at the highest level, they would be stoked.”

The plan isn’t seen as perfect though, especially for players who are listed at clubs who aren’t AFL-aligned.

In the VFL, teams such as Williamstown, Port Melbourne and Frankston are stand-alone and, as a result, are being partnered with teams from New South Wales or Queensland.

Williamstown, for example, have been matched with the Greater Western Sydney (GWS) Giants for the player allocation, which means players will be asked to leave their home state for a couple of weeks if called upon.

Williamstown list manager and coaching director, Jeff Andrews, understands if players were to refuse making such a dramatic change in their life, for such a short-term stint in the AFL, with no guarantee of success.

“Obviously GWS would like our best players, but then it is up to the player if he wants to be part of that,” he says.

“They will be choosing players that they think are ready made for AFL, but the players have jobs to consider and families to consider. There is more to it than just picking the players and it just happening.”

“We’re working through those conversations now with the players, but the one thing the players want on the situation is clarity about what it will look like if they are asked to move up to Sydney.”

The other issue for the VFL is that the league may have to sacrifice its season so that the AFL can continue theirs if there are outbreaks at multiple clubs.

Which is exactly the scenario the league has found themselves in for the past two years, with both the 2020 and 2021 seasons being cancelled following COVID outbreaks.

Andrews understands that the structure of the AFL-aligned clubs, as well as the likelihood of COVID impacting AFL lists, will make it almost impossible to have a valid season.

“We’re [Williamstown] largely of the opinion that if there’s a mass outbreak or new strain then, similar to the past, it is less likely that the VFL will continue playing,” he says.

“It’s not ideal, but we’re now living in the COVID era where it’s not what it was before and if we want to play, there is going to be impacts and we have got to be able to deal with them and hopefully keep playing.”

“While what we’re faced with is not ideal, it’s better than going without [a season] like we have for the last two years.”

It’s unclear how the VFL will manage their season if the AFL’s contingency plan is put into effect, because of the everchanging nature of players being available and unavailable due to being called up to AFL lists.

The plan is also a double-edged sword for players like Tardrew who are potentially risking playing at all to achieve their dream. He and other players in his situation might not end up playing an AFL game even after being called up, as being added to the AFL list doesn’t guarantee them a spot in the AFL team’s side.

For Tardrew though, it’s simply a matter of grasping the opportunity.

“You’ve got to take every moment you can get, and I think everyone else in the VFL would agree that if the opportunity arises, you want to grab the horns of the bull and take it with both hands,” he says.

Article: Ben Hann is a third year Bachelor of Media and Communications student at La Trobe University. You can follow him on Twitter @BenHann6

Photo: Sherrin by Stephen Edmonds is available HERE and used under a Creative Commons licence. This photo has not been modified.