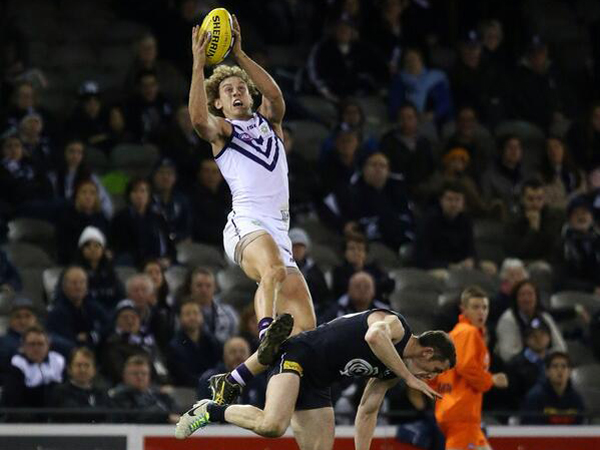 Under Ross Lyon’s tutelage, Fremantle has seen vast improvements all around the ground, particularly up front with arguably the league’s two best small forwards – Hayden Ballentyne and Michael Walters. The Dockers took the liberty of resting a number of their stars last week, against St Kilda, as they looked to ease into the finals.

A revelation in 2013 has been wingman Danyle Pearce, who moved over from Port Adelaide, last year. Having struggled to find his feet for a number of years at Alberton, the speedster has averaged 20 disposals a match, and provided some much needed run and carry. He’ll be one to watch throughout September.

Another wildcard the Dockers have up their sleeve is ruckman Aaron Sandilands, who has only played seven games this year, and been far from his dominating best. With some match fitness under his belt, Sandilands has the potential to play a big role this finals series.

The Dockers’ consistency has been the key to their success this year, something that pundits have been unable to say about them for quite some time. They’ve only lost the one game at home so far, which was against Essendon, in round three. Unfortunately, it won’t count for anything as they take on Geelong at Simonds Stadium this weekend. However, their form outside of Perth has improved vastly, and if Ross Lyon’s mantra of “anytime, anywhere” is anything to go by, travelling should not be an issue.

Fremantle’s defence is experiencing a rare purple patch at the moment. Over the last month the club has conceded less than 45.8 points per match, which is one of the lowest in the AFL. Much to the worry of opposition forwards, the Dockers’ defence is peaking at the right time of year.

Ross Lyon’s style has not made for great viewing during his time at Fremantle – or St Kilda for that matter. The Dockers have not scored more than 100 points against a top eight side this year (discounting Carlton). Their inability to put good sides to the sword has been questionable and has led to costly losses against Essendon and Hawthorn. If they are to make a deep run into September efficiency in front of goal is a must.

The much-maligned Dawson has stood up bravely without his sidekick Luke McPharlin for much of the year. The tough and reliable former Saint is the key in the Fremantle defence, and his previous knowledge of Lyon’s style of play has seen him excel.

The Dockers try to reduce the number of one-on-one contests around the ground, and are quite happy to create stoppages so that they can regroup. This is one area where Dawson excels in.

As part of Lyon’s suffocating defence and unrelenting pressure, Dawson is yet to concede a big bag of goals against his opponents this season, and the trend looks set to continue. With the out-of-form Tom Hawkins in his sights, the Cats’ tall timber won’t have it easy.

Call me optimistic, but there is no reason why Fremantle can’t go places this month. Ross Lyon’s system has stood strong against the best this year and has proven itself in finals. And with a dozen starters set to return to the side, the Dockers look fit to fire. They’ll be there come preliminary finals weekend.

Kevin Cheong is in the third year of his Bachelor of Journalism at La Trobe University. You can follow him on Twitter @cheongas.