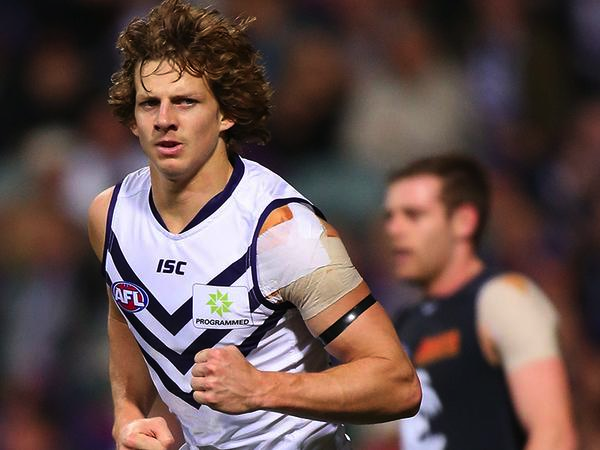 We’re in the final four weeks until the AFL finals series kicks off and it’s tight at the top of the ladder.

So tight only two wins separate first and fifth, while sixth placed North Melbourne have beaten all teams above them.

While there is no definitive number to get a club into double chance territory, the addition of extra teams in 2011 means a club needs 16 wins to be safely in the top four.

So with the final stretch in sight, here are the top six clubs’ run home and their home-and-away prediction for 2014.

Should finish –  Top four – The Hawks have two matches they should win but it’s the games against Fremantle in Perth and Geelong that’ll tell the tale for last year’s premiers. A win from one of those two matches will give Alastair Clarkson’s men a big tick before they attempt to go back-to-back.

Could finish – 1st – They need to beat at least one of either Geelong or Fremantle but it’s not impossible for the Hawks to win both. While it was early in the season, it’s worth remembering Hawthorn destroyed Fremantle by ten goals in Round 3 and who knows what will happen when they play the Cats.

Run Home – PA (AO), STK (SCG), WB (ES), Rich (ANZ) Should finish – Top two – The Swans are the real deal and the slip up against Hawthorn should kick them into gear. They could win all four remaining matches though an out-of-form Port at Adelaide oval is always a tough ask.

Could finish – 1st – A minor premiership and a Grand Final birth is more than a possibility for the Bloods. It’s quite simple, win every game and they gain top spot. Easier said than done but their draw is favourable.

Should finish – Top four – The Cats have a reasonably difficult month. Fremantle play historically well against them, Carlton pushed them to under a goal last time, and then ladder leaders Hawthorn. Geelong can’t afford a slip up if they are to remain in the top four.

Could finish – Top two – If the Cats pull off three wins in the next four they could jump over either the Hawks or Swans. It’s not impossible considering they play the Dockers at Simmons Stadium and are yet to lose a home and away match against the Hawks since 2007. But their poor percentage means they will have to win more games than their three major rivals to climb above them.

Should finish – Top two – A tough run for the Dockers who have to play three other top four candidates in the next four. Hawthorn and Port at home makes it a little easier but no guarantees. Should win three of four with a loss down in Geelong though they’ve got the job done at the cattery before.

Could finish – 1st – They face the toughest opponents of all top four candidates but games at home are the biggest advantage for the Dockers. A home qualifying final seems on the cards and they are well placed to go one better than last season.

Should finish – 5th – No easy games for Port, playing against flag fancies Sydney and Fremantle and also taking on more than competitive outfits in Gold Coast and Carlton. Should win two of four and being two wins clear of 6th, a home elimination final is a safe bet.

Could finish -Top Four – Although terribly out-of-form compared to their start of the season, the Power could still get a double chance come September. This week’s game at home against Sydney is the biggest chance as it’s unlikely to upset Fremantle in Perth in Round 23 but can’t afford any slip ups against the Suns or Blues.

Should finish – 6th to 8th – Finals beckons for North but, given their unbelievably inconsistent season, it’s hard to gage what will happen. If the Kangaroos played all top four sides in the last four weeks you would pencil them in for the double chance but, considering this isn’t the case, don’t be surprised to see Brad Scott’s boys scrape into the eight.

Could finish – 5th – Top four is out of the question unless Fremantle lose their remaining four games but considering the Port’s current form, North could move up a spot if all goes to plan. They have a dream run of playing against bottom ten sides and even though the Crows pose the biggest threat, playing them away from Adelaide is always a factor.

Robert Beaton is a second-year Bachelor of Journalism (Sport) student studying at La Trobe University. You can follow him on Twitter:@BobbyBeaton16