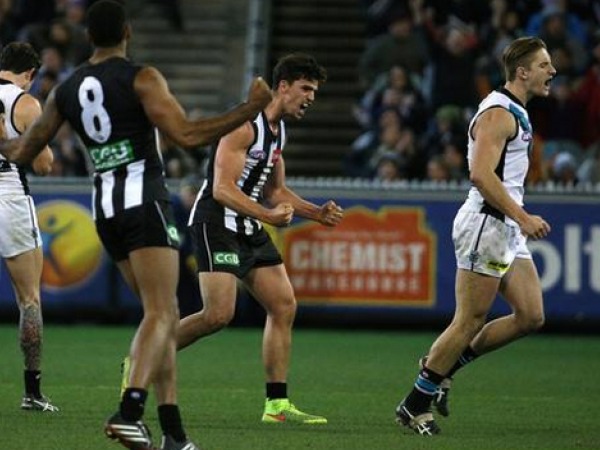 We’re approaching the final three weeks until the AFL finals series kicks off.

Unbelievably, there’s still a chance for 12 clubs to play-off for premiership glory, with those ranked seventh to 12th separated by only two wins.

Based on the addition of two extra teams since 2011, the number of wins to safely guarantee a finals place has jumped from 12 to 13 – with 12 enough if everything else goes right.

With the final stretch in sight, here is the run home for the clubs fighting for an elimination final spot.

Should finish – 6th to 8th – On form, the Bombers should win all four games but none will be walks in the park. Richmond are surging, the Eagles should be a tick, Gold Coast are beginning to believe without Gary Ablett, and Carlton are pushing sides to the limit.

Could finish – 5th – Like North Melbourne above them, the Bombers can’t snatch a double chance without the Dockers losing every game. They play three teams that are vying for a finals opportunity but no trips interstate is a big plus. Will need to win at least three to guarantee finals spot and all four to take fifth.

Should finish – 6th to 8th – Another finals birth is on the cards for Collingwood with the win against Port on Sunday reclaiming their spot inside the top eight. Gong to Perth this week will be tough but not impossible given the Eagles’ inconsistencies and you can all but write off the Hawthorn match as a loss. If they win three of four and the Pies will once again taste September action.

Could finish – 5th – The Pies can make it to fifth if everything goes their way in the last four weeks, but they would need Port to win only one match at most or upstage the Hawks in Round 23.

Should finish – 9th to 12th – The Suns are in the limbo area on the ladder. They are on the same points as North, Essendon, and Collingwood but sit outside the eight due to their lower percentage. Given this, they need to be a win in front of those above in order to see their maiden September. The young group play teams around their own level and are no guarantees to win any of their remaining matches. Two wins from four just won’t be enough.

Could finish – 6th to 8th – Short story is they can make finals but can’t afford any hiccups from here. 12 wins may cut it for them but the Suns need to conjure up three wins from their last four. It’s a hard task but not impossible.

Should finish – 9th to 10th – Based on form coming into last weekend, the Crows looked to be certain finalists but the loss to West Coast had detrimental effects. They now sit in tenth place and need to rely on those above them to lose in order to regain their spot inside the top eight. Adelaide should win three of the remaining four with the match against North to be the challenge that makes or breaks their 2014 season.

Could finish – 6th to 8th – Amazingly, the Crows could finish as high as fifth but it seems unlikely considering Port would have to lose their last four games for the season. If Brenton Sanderson’s men can win three out of four, they could scrape inside the top eight.

Should finish – 9th to 12th – The Eagles should miss out considering they are two wins from the eight and even if they muster up wins from their remaining matches, West Coast would finish on 12 for the season which won’t guarantee a place in the finals. Expect them to beat Melbourne and perhaps the game against the Suns with losses to Collingwood and Essendon.

Could finish – Top eight – It’s not impossible but unlikely. 12 wins could scrape them into September but would need to win the four remaining matches which includes beating the Bombers in Melbourne.

Should finish – 9th to 12th – Like West Coast, the Tigers are rueing lost chances earlier in the season. They should miss out due to tough games in Adelaide and Sydney and while they may be the in-form team of the competition – making it five in-a-row last weekend – four wins seems unlikely and doesn’t guarantee them a place in the eight.

Could finish – Top eight – Would have to win all four games to squeeze themselves into September, permitting others around them finish on the same points. But it’s highly unlikely given their draw. Richmond haven’t seen back-to-back finals since 1974-’75 and a slip up from here ends that chance.