The Black Eyed Peas to perform at the MCG on Grand Final Day. 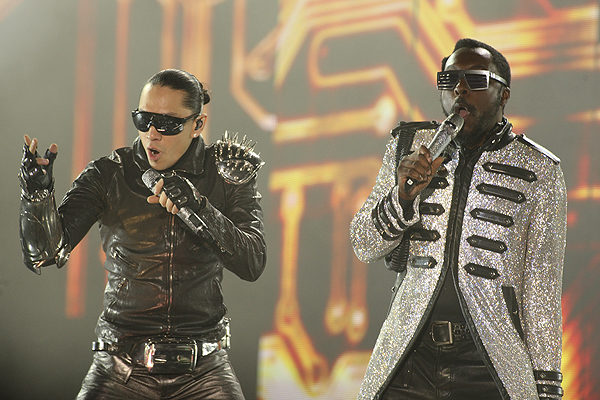 AFL CEO Gillon McLachlan confirmed on this Friday morning that The Black Eyed Peas will be performing at the MCG before the first bounce of the 2018 Grand Final.

The AFL is pleased to announce The Black Eyed Peas and Jimmy Barnes will feature in the @VirginAustralia Pre-Game Show at the 2018 Toyota AFL Grand Final. pic.twitter.com/QYjVLkq0nn

The American band, consisting of Will.I.am, apl.de.ap and Taboo will be heading down under for the first time since 2009. However, pop-sensation Fergie will not be attending, after she parted ways with the group last year.

Six-time Grammy award winners The Black Eyed Peas are expected to perform their biggest hits such as I Gotta Feeling and Pump it at the Virgin Australia Pre-Game Show.

“We are honoured to be heading to Melbourne to perform at the AFL Grand Final day,” The Black Eyed Peas said.

“This is the biggest day in Australian sport, so we will be pulling out all the stops for this special performance.”

Australian rock star Jimmy Barnes will also be taking the stage on Saturday 29th. He is to sing for the premiership after-party, with a free concert following Grand Final from 7pm onwards.

“It’s going to be a huge day on the ground at the MCG. It doesn’t get bigger than this, 100,000 passionate football fans and rock ‘n roll will be a great mix,” Barnes said.

Barnes’ band will be joined by a special guest, Australian musician, Diesel.

Mahalia, Barnes’ daughter, is to sing the Australian national anthem before the first bounce.

Both Barnes and the Black Eyed Peas have begun trending on Twitter since the announcement on Friday morning, receiving mixed reviews.

Why is there only 3 dudes in all the Black Eyed Peas promo shots for the @AFL Grand Final, is @Fergie not coming? Who's going to sing 'my hump'? Riewoldt? #AFL #AFLFinals #AFLHawksDees #GoTiges

Forget Angry Anderson's Bat Mobile; If the Black Eyed Peas call Barnsey out to replace Fergie on 'My Humps' THAT is the most famous Grand Final entertainment moment in the history of the AFL.

I'll go out on a limb here & say the Black Eyed Peas will be worse than Meat Loaf. A band with 3 vocalists, none of whom can sing.#AFL

The acts will follow last year’s entertainment The Killers, who rocked a packed MCG prior to the match and finished with a post-match set joined by Richmond spearhead Jack Riewoldt.

While it’s rare to see The Black Eyed Peas in Australia, Barnes is no stranger to the big occasion, performing at the 2009 AFL Grand Final.