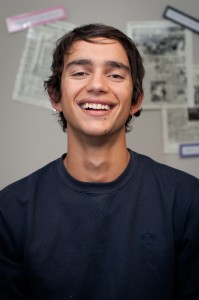 Fremantle took a step towards curing its travel bug last week against St Kilda, recording just its third win in 29 matches in Victoria.

The first four rounds of 2012 have shown that the arrival of Ross Lyon has brought about a Dockers side with a greater hunger for the contest.

The Dockers are ranked third for contested possessions; their highest ranking in this area since the team joined the competition in 1995.

In a further positive for Fremantle, man-mountain Aaron Sandilands showed signs he was back to his dominant best against the Saints, collecting 20 disposals (12 contested) and six marks to go with his 44 hit-outs.

Carlton on the other hand was left to pick up the pieces after last week’s dismal performance against the Bombers.

Key players Andrew Carrazzo (shoulder) and Jeremy Laidler (knee) have been ruled out for up to eight weeks, while speedster Chris Yarran (toe) will miss the Fremantle clash.

A total of 12 players ended with a disposal efficiency of less than 75 per cent which resulted in 52 clangers; their highest number for the year.

However, last week’s premiership favourites are set to welcome back their leading goal-kicker from last year in Andrew Walker.

The 25-year old is set to line up for his first game of the year after recovering from a quad injury that plagued him throughout the pre-season.

Both teams have genuine ball winners in the middle of the ground.

The team that is able to get value from its possession will take a big step towards four points.

It is not known whether the Dogs improved last round or whether their opposition was simply poorer than previous weeks.

Regardless, the Bulldogs are yet to manage a 100+ score this year.

From 2008-10 the Bulldogs were among the top three highest scoring teams in the competition, yet four games into this year they rank just 15th for points scored.

It appears the departure of Barry Hall has hurt as much as many thought it would.

If they cannot break the 100-point barrier this week against the Giants, coach Brendan McCartney may need to look at a personnel change.

Greater Western Sydney put in the best performance of its short history against the Crows last week.

The move of Power to half-back paid dividends last week and expect Sheedy to do the same again with the 285-game veteran.

Prediction: There will be a few nervy Bulldogs supporters, but they should have just enough to get over the line. Dogs by 23-points.

A moral boosting, season-defining win was followed with an empty loss by North Melbourne.

The Kangaroos won almost every key statistic on the ground against the Swans, had one less scoring shot, yet were wasteful in front of goal kicking 10.17.

Trailing by just eight points at the main break, the Suns capitulated, managing just one second half goal before going down by 65-points against the Lions.

The loss was compounded by a knee injury to skipper Gary Ablett.

Ablett was in red-hot form, recording +40 possession games in the previous three games before bruising his knee cap against the Lions. He is expected to miss three weeks.

His absence is as big as they come, considering he currently leads the Suns in disposals, kicks, handballs, contested possessions, clearances and goals.

Ablett will be joined on the sidelines by fellow mature-age recruit Jarrod Harbrow who underwent surgery on Tuesday for his injured elbow. Harbrow is likely to be ruled out for up to 10 weeks.

The Suns must strive to look for week-to-week consistency, yet it is a tough ask this week given the void left by arguably the competition’s most valuable player.

Prediction: No Ablett equals a routine win for North. Kangaroos by 42 points.

The biggest problem for Melbourne is its lack of accountability without the football.

They are -441 for the year in the uncontested possession count, with last week’s -90 difference the closest the Demons have been to their opposition all year.

Added to the fact the Demons rank 17th for points against this year, coach Mark Neeld has plenty of work ahead of him if he is to get something out of this current playing group.

St Kilda was trumped last week by its former coach but is clearly an improved side from last year.

A criticism of the 2011 Saints was that they lacked fight when the contest was on the line; last Friday night showed they wanted to be there but were simply beaten by a better opposition.

They will need to account for the Demons without a fuss to prove it has the credentials of a top-eight contender.

Prediction: Hard to see light at the end of the Demons’ tunnel. Saints by 37-points.

Geelong is still yet to win the contested possession count this season, a puzzling statistic from a side that has been in the top three ball-winning sides in every year since 2007.

A scratchy 10-point win at home over the Tigers was hardly convincing and has brought about the question of whether this is finally the year the Cats tail off.

It is a risky one to ask, given how emphatically they answered it last season.

The Cats face a Brisbane side that has performed like a young side on the rise should, by defeating teams considered their equal in measure (Melbourne and Gold Coast).

It is uncertain what can be made of the Lions’ second half demolition of the Suns last week, with the Gold Coast appearing seemingly out on its feet.

However, skipper Jonathan Brown took a significant step towards his best against the Suns, gathering 16 disposals and seven marks to go with his three goals.

Tom Rockliff again showed he was a star of the future with a career best 37 touches and ten clearances last week.

Given Geelong’s shaky form, a case close game is a realistic prospect.

It will depend on how the Lions’ young midfield handles the more-seasoned Geelong bodies.

Prediction: Just too hard to tip against Geelong for the simple fact they are Geelong. Cats by 17 points.

Perhaps what should be keeping Clarkson up at night is his side’s inability to finish off games.

In the last six games the Hawks have lost they have led at quarter time on four occasions.

It seems unbelievable, given the match winners at their disposal in Cyril Rioli and Lance Franklin.

However, what the start of the 2012 season has shown is the importance of Luke Hodge to Hawthorn.

In times where cooler heads prevail the Hawks have been without coolest.

The two-time All-Australian has trained strongly this week and is a chance to play his first game of the year in Launceston.

They will welcome back Goodes this week, who will become the club’s games record holder when he takes to the field for the 304th time as a Sydney player at Aurora Stadium.

Concerns over Mumford’s back injury continue to be a mystery for the Swans medical team, placing him in doubt to take his place in the side.

Prediction: Hawthorn’s stars to bounce back. Hawks by 14 points.

There would not be many teams to start the year with a 1-3 record yet, that have shown as much promise as the Tigers.

Richmond has had the hardest draw in the competition with this week’s opponent West Coast to be the fourth side the Tigers will face from last year’s top five.

The Tigers won the contested possession count (157-147) and clearance count (40-37) against the Cats; a significant positive for their young midfield.

Their youngsters will face another test however against a West Coast side who became the 34th team in history to win after being held goalless at half-time.

The Eagles have a match-winning advantage in this area of the ground.

Cox and Natanui are averaging 19.5 and 24.2 hit-outs per game respectively.

The quality of the Eagles at ground level in Selwood, Kerr and Gaff are enough to benefit from being given first use to damaging effect.

Prediction: Appear the in-form side of the competition. Eagles by 30 points.

Local derbies are fierce at the best of times and The Showdown is no exception.

The hatred between rival fans is so severe that when these two sides met in a semi-final in 2005, both sets of supporters had to be segregated EPL-style in the crowd.

Sunday’s contest shapes up as the closest in recent time with Adelaide winning in a less than convincing fashion. Meanwhile, Port Adelaide appears a much improved side after its nightmare 2011 season.

The Crows were challenged by Greater Western Sydney last week, struggling to cope with the wet conditions as they committed 62 clangers.

Adelaide has found a renewed hunger for the football under new coach Brenton Sanderson.

The Crows average 159 contested possessions per game, making them the number one ranked team in the competition.

It is a significant improvement on last year when they sat at 14th overall.

Matthew Primus co opted to use veteran Kane Cornes as an extra midfielder last week at the expense of letting Magpie Harry O’Brien roam free off half back.

Cornes gathered 37 possessions, though to no damaging effect, while O’Brien cut off countless forward entries by the Power on his way to 29 disposals (21 uncontested).

Port Adelaide, for much of season 2012, has been good but not good enough, lacking a genuine match winner when the game is on the line.

However, it could be a case that its match winners are simply yet to fully develop.

Hamish Hartlett appears to have overcome the injury woes that have plagued him throughout his three-year career while John Butcher has shown enough in just six games (14 goals) to show he is a star in the making.

The Crows appear to have more at stake, should they lose to their most bitter rivals the trust Brenton Sanderson’s men have regained from their supporters will begin to wane.

Prediction: Port in an upset, yet to be convinced by the Crows. Power by 5 points.

William Botoulas is a third-year Bachelor of Journalism student at La Trobe and upstart’s football writer. You can follow him on Twitter:@botoulas43